The Lewis & Clark Interpretive Center is located on the southern end of Camp Disappointment State Park. Its exhibits chronicle the history of the Lewis and Clark Expedition (1804-1806), examining and interpreting the expedition's discoveries and experiences. President Thomas Jefferson's role was is also explored. Other exhibits cover the history of the cape after the expedition through WWII. Topics include the Cape Disappointment Lighthouse and the role of the Coast Guard. The maritime and natural history of the cape is also covered. 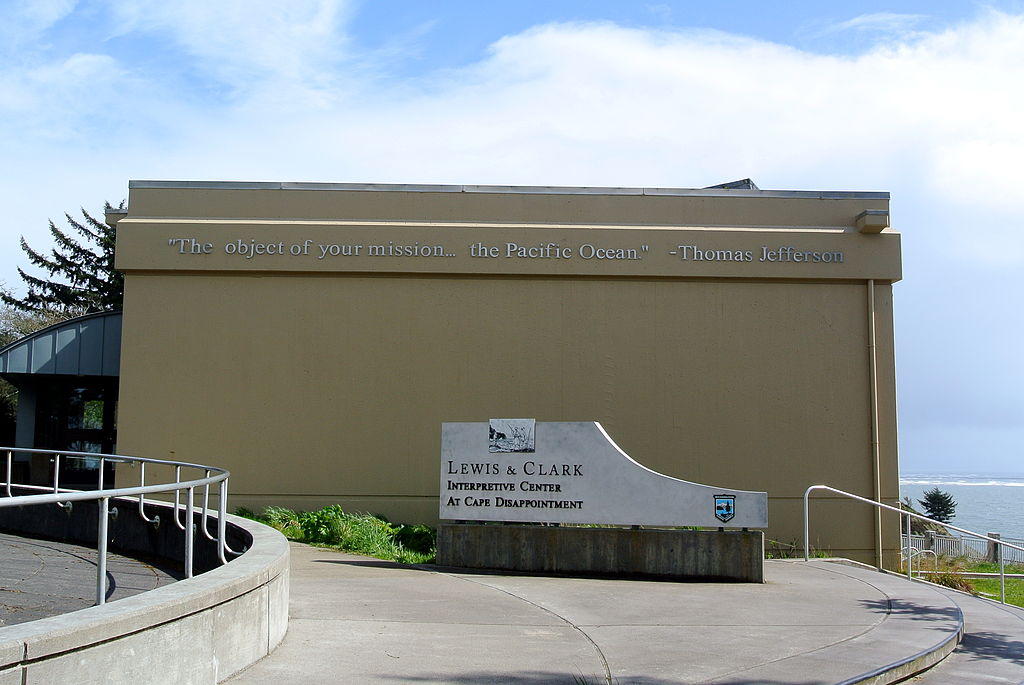 Cape Disappointment State Park is a large 1,882 park that was at one time the location of a military base. The military presence here lasted from 1862 through World War II. Some remains of the Civil War era fort can still be seen today.