One of the highlights of Semper Fidelis Memorial Park, the Chesty Puller Monument depicts the man who might be the most famous leader Marine Corps history, General Lewis Burwell “Chesty” Puller. The iconic Marine Corps General served in World War II and the Korean War, and has been awarded 5 Navy Crosses. The eight-foot bronze statue shows Lieutenant General Puller in uniform with a M1911 pistol. The monument is located outside the National Museum of the Marine Corps near Quantico Marine Corps Base. 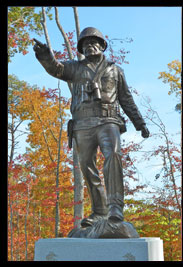 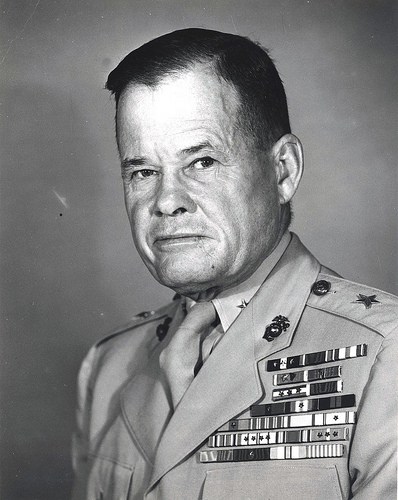 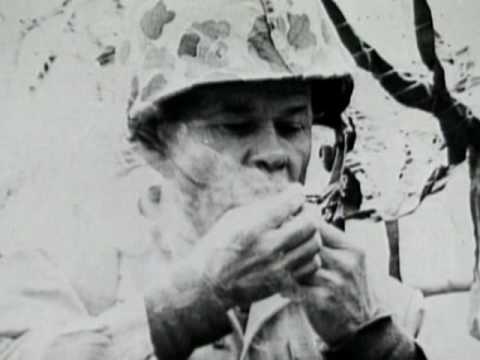 Placing the monument on it's base 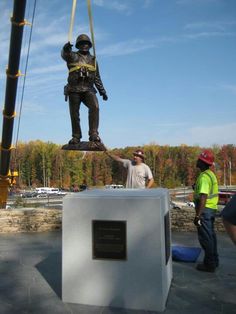 Preparing to install the monument on it's base 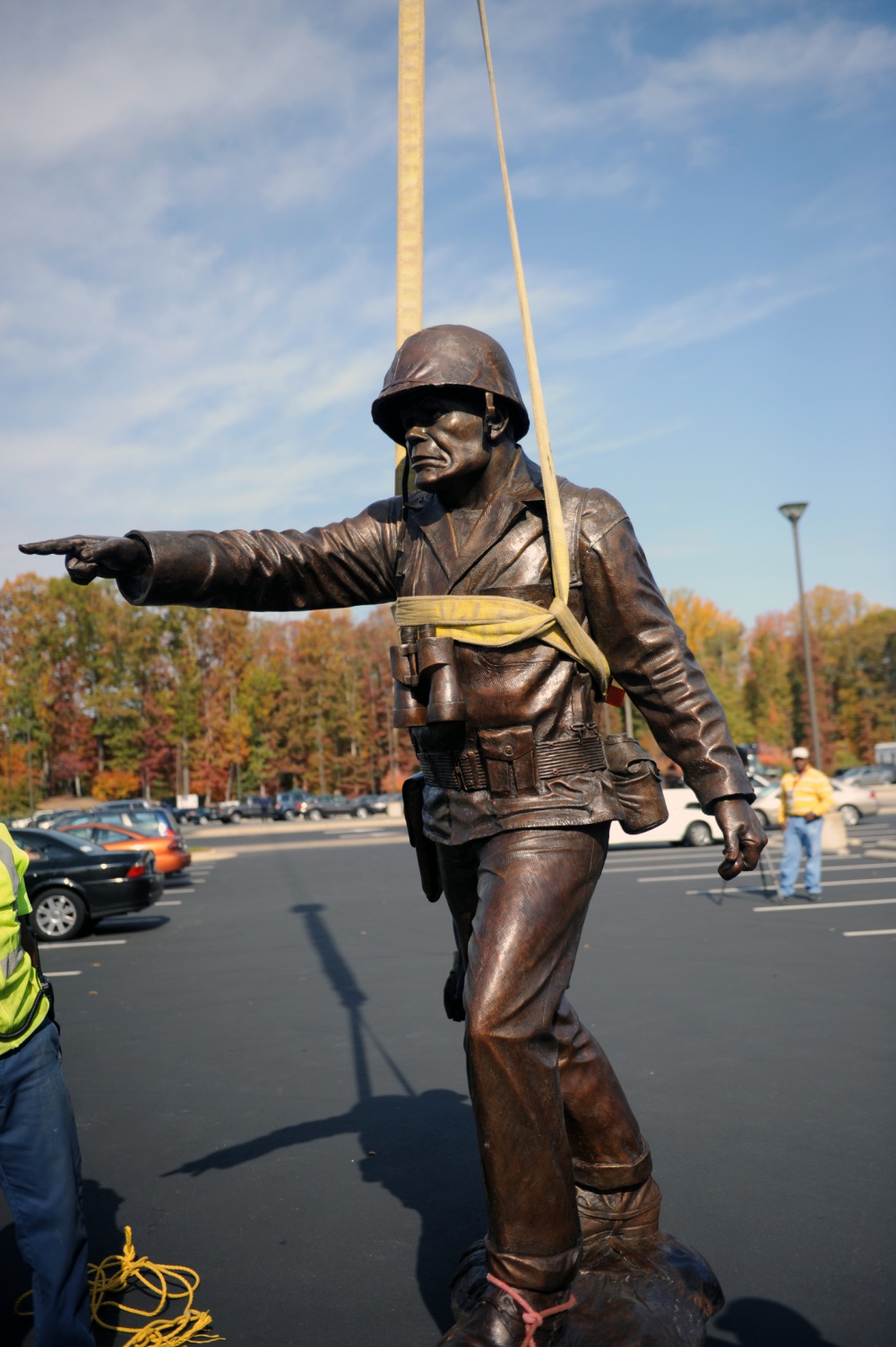 Lt. Gen. “Chesty” Puller spent 37 years in the Marine Corps serving as both an enlisted man and commissioned officer. Puller is known for his hard-charging attitude, his ability to inspire his men in battle, as well as his own example of courage under fire which led to the award of five Navy Crosses. Puller retired from the Marine Corps because of illness in 1955.