Tensions were high throughout Baltimore as Union troops passed through the city on their way to Washington DC on April 19, 1861, exactly one week after the Confederate attack on Fort Sumter. Although the vast majority of Baltimore residents hoped that the conflict between the states might be peacefully resolved, many white residents maintained Southern sympathies. After several hundred Union soldiers passed through the city and safely boarded their next train, armed Confederate sympathizers isolated and attacked a group of Massachusetts recruits. Four Union soldiers and twelve members of the mob were killed in the resulting street fight, known today as the Baltimore Riot of 1861. According to Baltimore Mayor George William Brown, it was these riots that pushed both the Union and Confederates into full-fledged civil war. Brown is quoted as saying, “because then was shed the first blood in a conflict between the North and the South; then a step was taken which made compromise or retreat almost impossible; then passions on both sides were aroused which could not be controlled.” Paying tribute to the history of these riots is the Baltimore Riot Trail, a series of interpretive markers that show the evolution of the riot as it occurred. Visitors can begin the trail at the Baltimore Civil War Museum on President Street Station.

On April 19, 1861, Confederate sympathizers attacked Union troops as they passed through the city. 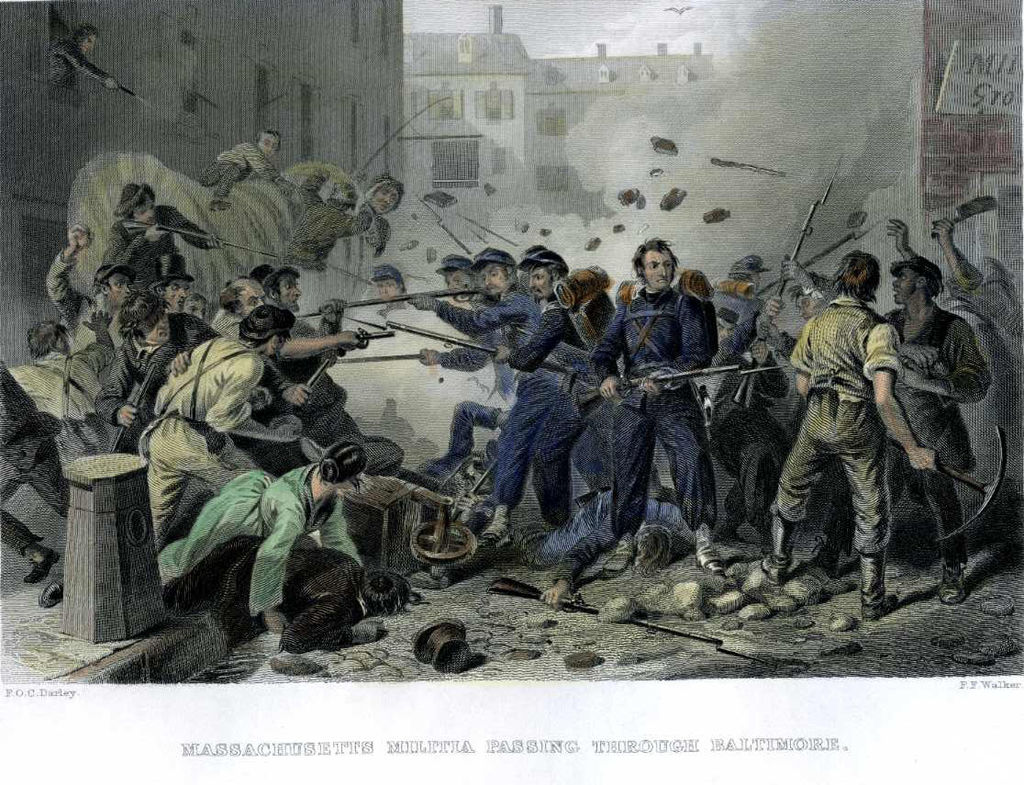 This historic marker is located next to a small Civil War museum. 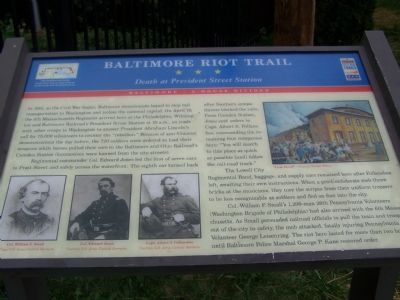 Maryland in the Civil War: A House Divided-Click the link below for more information about this book from the Maryland Historical Society. 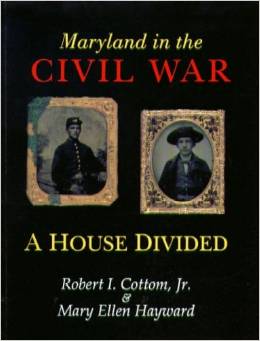 Baltimore in the Civil War: The Pratt Street Riot and a City Occupied by Harry Ezratty 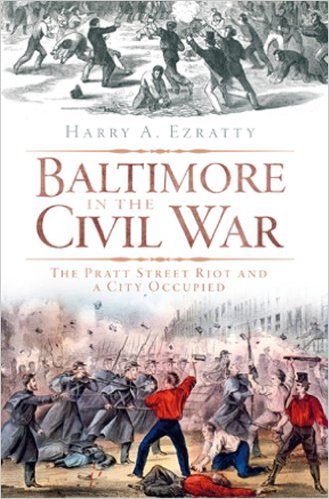 In the months leading up to the Civil War, there was rapidly increasing tensions between Southern and Union sympathizers in the major cities near the Mason-Dixie Line, including Baltimore. Following the first shots fired at Fort Sumter on April 12th, 1861, the Civil War broke out and Baltimore’s divided loyalties intensified this tension. Meanwhile, Union troops were rushing to protect Washington D.C., and on the route, they had to pass through Baltimore. The city had already garnered the reputation as being politically heated (Lincoln once secretly traveled through the city to his inauguration, fearing assassination).
As the Sixth Milita passed through Baltimore on April 19th, 1861, traveling from the President Street Station to the Camden Station, a mob of southern secessionists and sympathizers attacked the soldiers and caused damage to block the soldier’s route. The mob attacked more soldiers with bricks, paving stones, and pistols; in turn, soldiers fired into the mob. Leaving their marching instruments behind, the soldiers rushed to the Camden Station amidst a massive brawl between the mob, Baltimore Police, and the soldiers. Four soldiers and 12 civilians died in the scuffle, and 36 soldiers and an unknown number of citizens more were injured.
The entire history of this riot and its aftermath can be found along the Baltimore Riot Trail, which starts from the Baltimore Civil War Museum on President Street Station. From “Death at President Street Station” to “Combat on Pratt Street,” visitors on this interpretive trail can discover the exact locations where the Civil War erupted in Baltimore. 1

1.) Harry Ezratty, Baltimore in the Civil War: The Pratt Street Riot and a City Occupied, Charleston, SC: The History Press, 2010.