Situated along the Walla Walla River, the Frazier Farmstead Museum was once the home of the Frazier family. William S. Frazier arrived in the area around 1890 and built the first iteration of the farmstead house in 1892. He was an early pioneer in the area and founded the town of Milton. The museum includes the main house and several other buildings, some of which are original. The house contains period furniture and 19th century items, some belonging to the family. The family lived in the house until 1983 and willed it to the town which subsequently opened it as museum soon after. It was listed on the National Register of Historic Places in 1986. 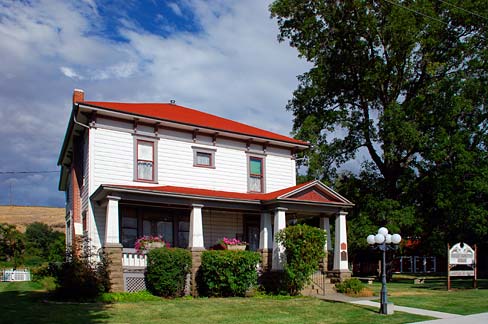 Thursday, Friday and Saturday from 11:00am to 4:00pm Closed January, February and March.