Located not too far off the beaten path is Arden, the former home of world renowned Shakespearean actress Helena Modjeska. Named for the mythical forest from Shakespeare’s “As You Like It,” Arden exists today largely as it did back when Modjeska occupied the Victorian home from 1888 through 1906. The original estate has been reduced from its original 1,340 acres to just 14.4 over the years, but the home and gardens still maintain their original luster. Arden was purchased by Orange County in 1986 and is open for docent led tours by reservation only on Wednesdays and Saturdays.

The Arden house seen through the resident oak trees. 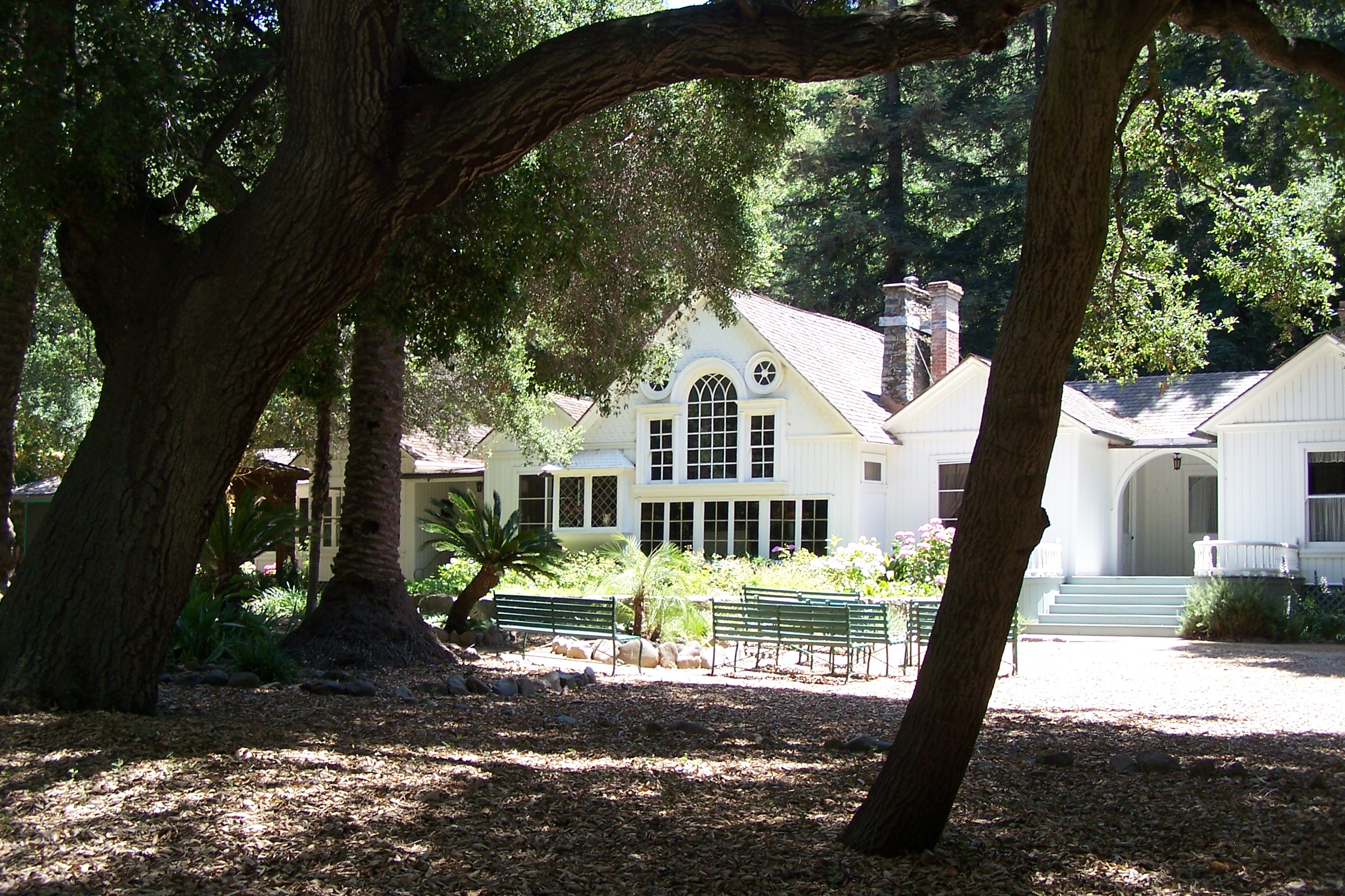 The interior of the house at Arden. 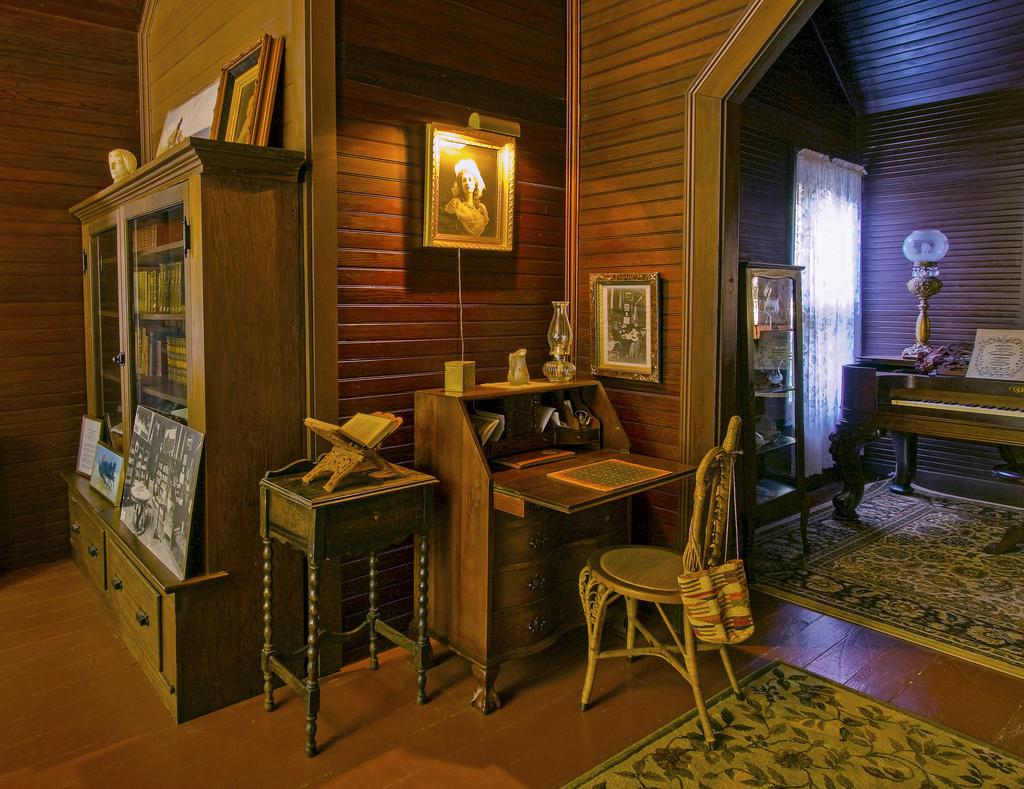 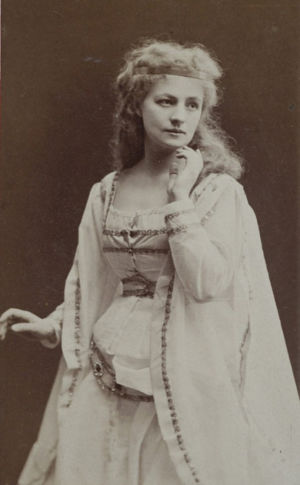 The historical marker at Arden 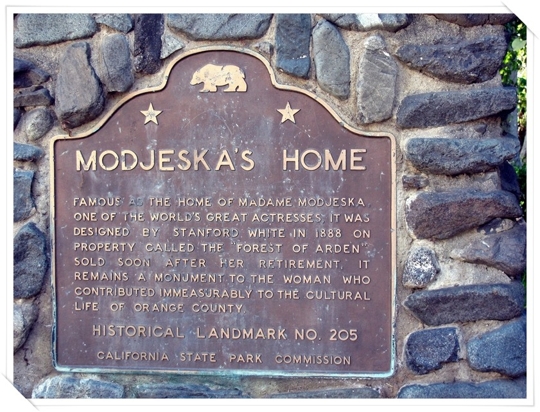 Modjeska arrived in America from Poland with her husband, Charles Bozenta Chlapowski, in 1876.  Chlapowski sought to create a utopian agricultural community in Anaheim, but that venture failed after a short time.  Modjeska then quickly learned English and returned to the stage to great acclaim and remained at the top of her profession for the next 20 years.

The couple then acquired the land and small cottage that would become Arden from the Pleasant family as a country retreat from the stage.  They then hired famous American architect, Stanford White, to redesign the location to resemble a scene from a Shakespearean play, which is exactly what he did.  Modjeska lived at Arden until she sold the ranch in 1906.  Over the years the home served as a restaurant, bed and breakfast, resort and vacation home for the Walker family until it was acquired by the county of Orange.  It was then designated a National Historic Landmark in 1990.

The home then went through a renovation and was opened to the public on a limited basis.  The remaining estate now includes a guest house, the Bozenta pool (thought to be the first swimming pool in Orange County), wishing wells, winding trails through the gardens, a small grove of redwood trees, and garden fountains.  While reservations are usually required to tour Arden (please call), it does sponsor the occasional open house.

Wednesdays and Saturdays by reservation only.