Foundation of the Meat Rations Building 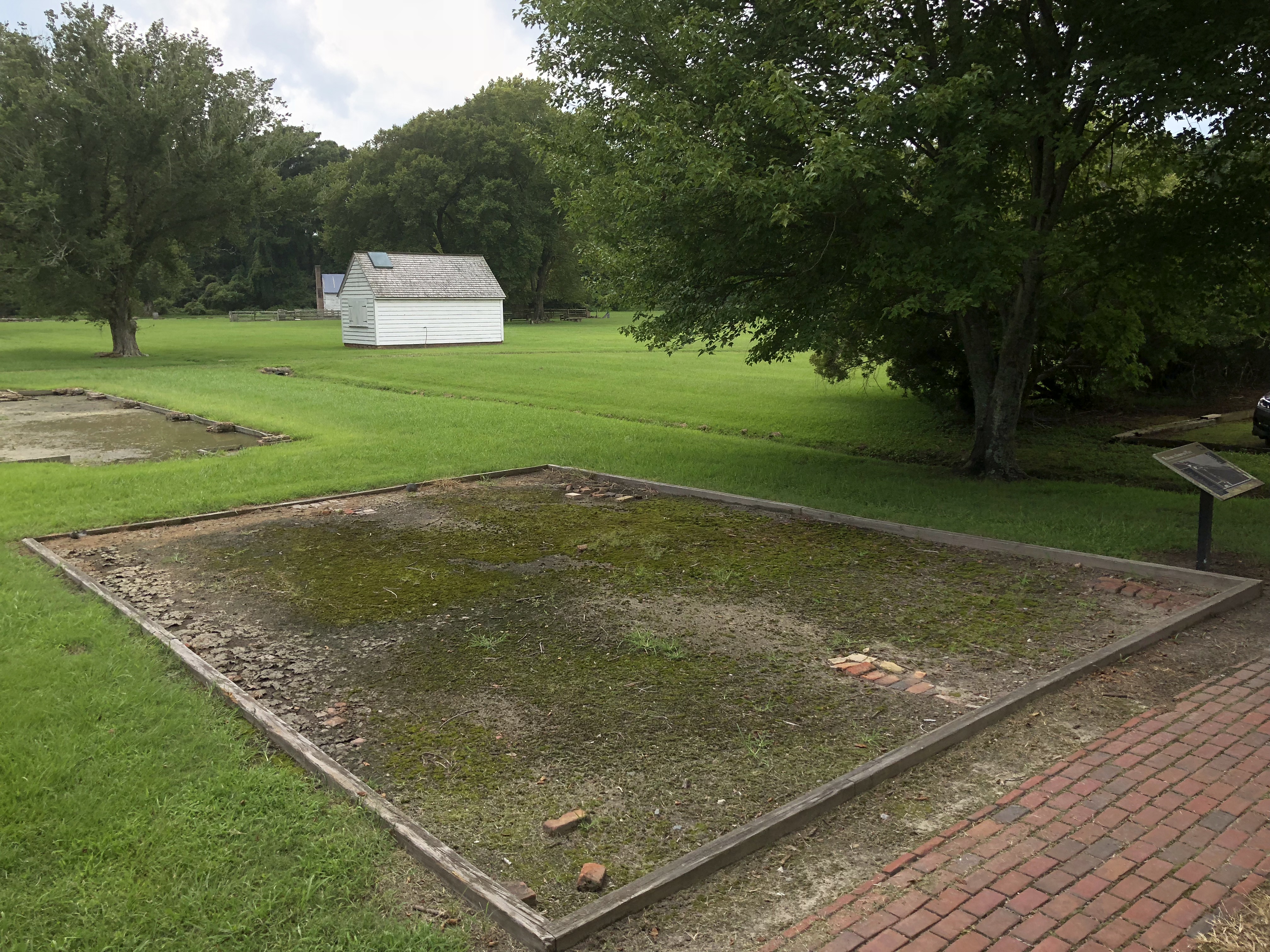 Audio description of the Site of the Jail / Meat House by Historical Interpreter Noah Janis.

The exposed archaeological foundation you see here was the site of the Meat Rations Building. From this structure, the overseer issued weekly rations to each enslaved person old enough to work, which included 3 ½ pounds of salted pork and fish, along with basic foodstuffs like flour, cornmeal, and molasses. Since the overseers were responsible for keeping the rations secure, the building was located close to the Overseers’ Home. Rationing food also served as a means of controlling the enslaved community because it forced them to rely on the Collins family for their sustenance. As a result, withholding of rations was one of the many punishments inflicted upon enslaved people at Somerset Place, as was solitary confinement. Tradition holds that this building may have also served as a jail for enslaved persons.