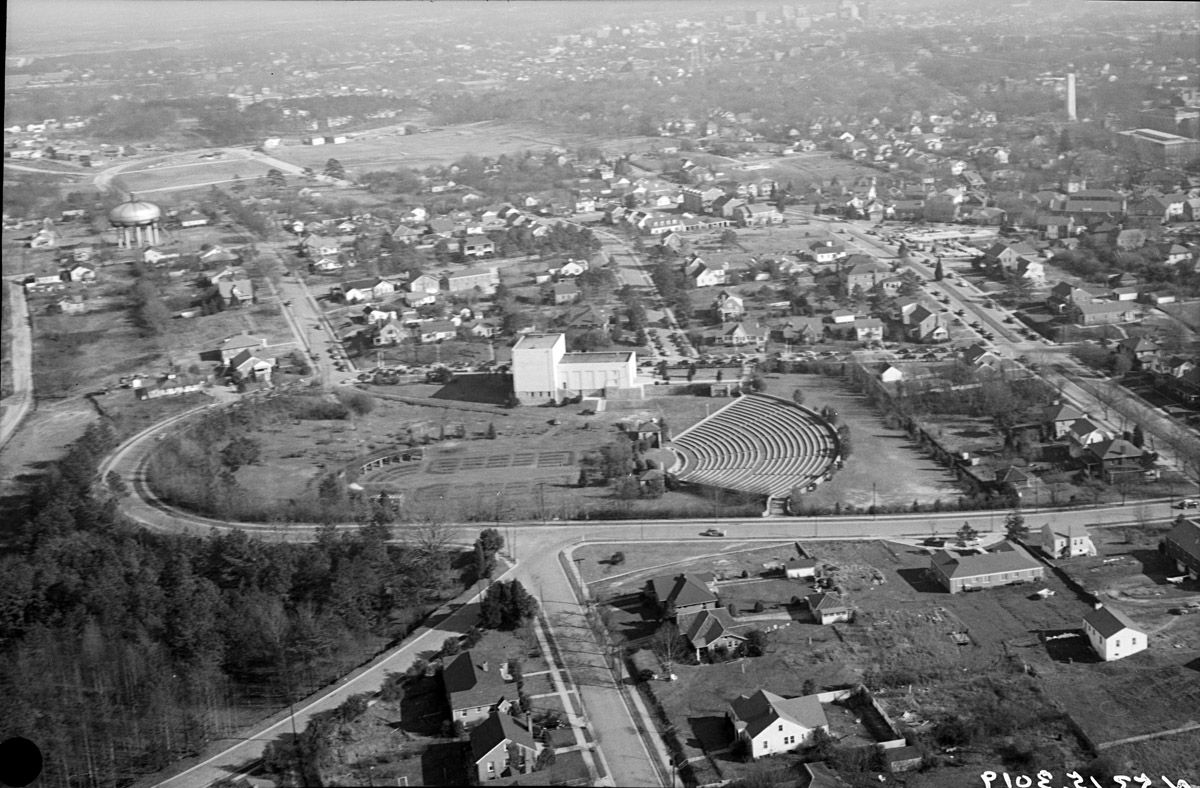 The original entrance to the main theatre. This wall is still standing and serves as the interior entrance to the Cantey V. Sutton main stage theatre in the lobby. Credit: Raleighlittletheatre.org

Lobby entrance to the Cantey V. Sutton main stage theatre, named for Cantey Venable Sutton, the Grand Dame of the Raleigh Theatre and one of the original actresses with the theatre troupe. She is credited with ensuring the facility's completion. 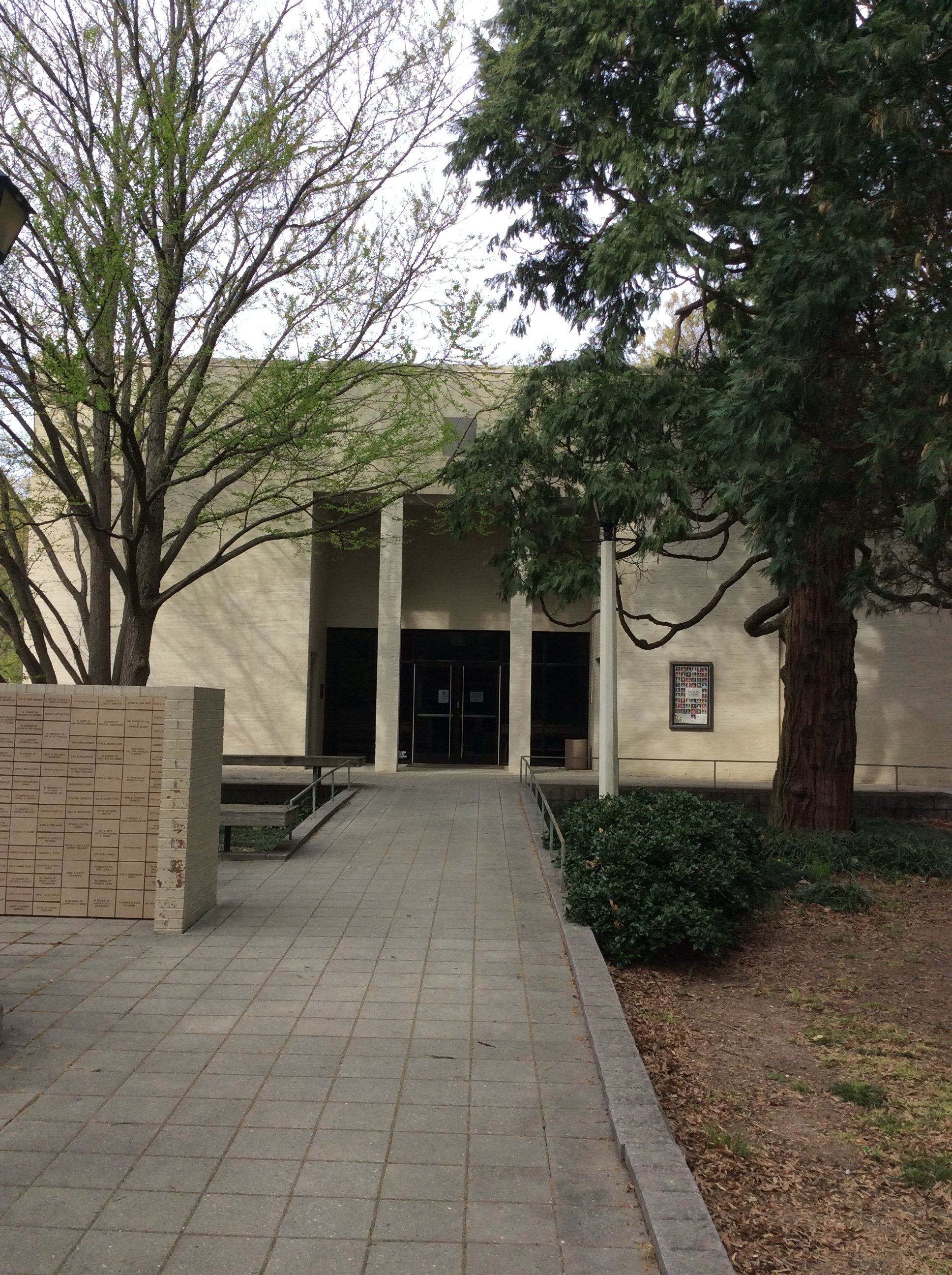 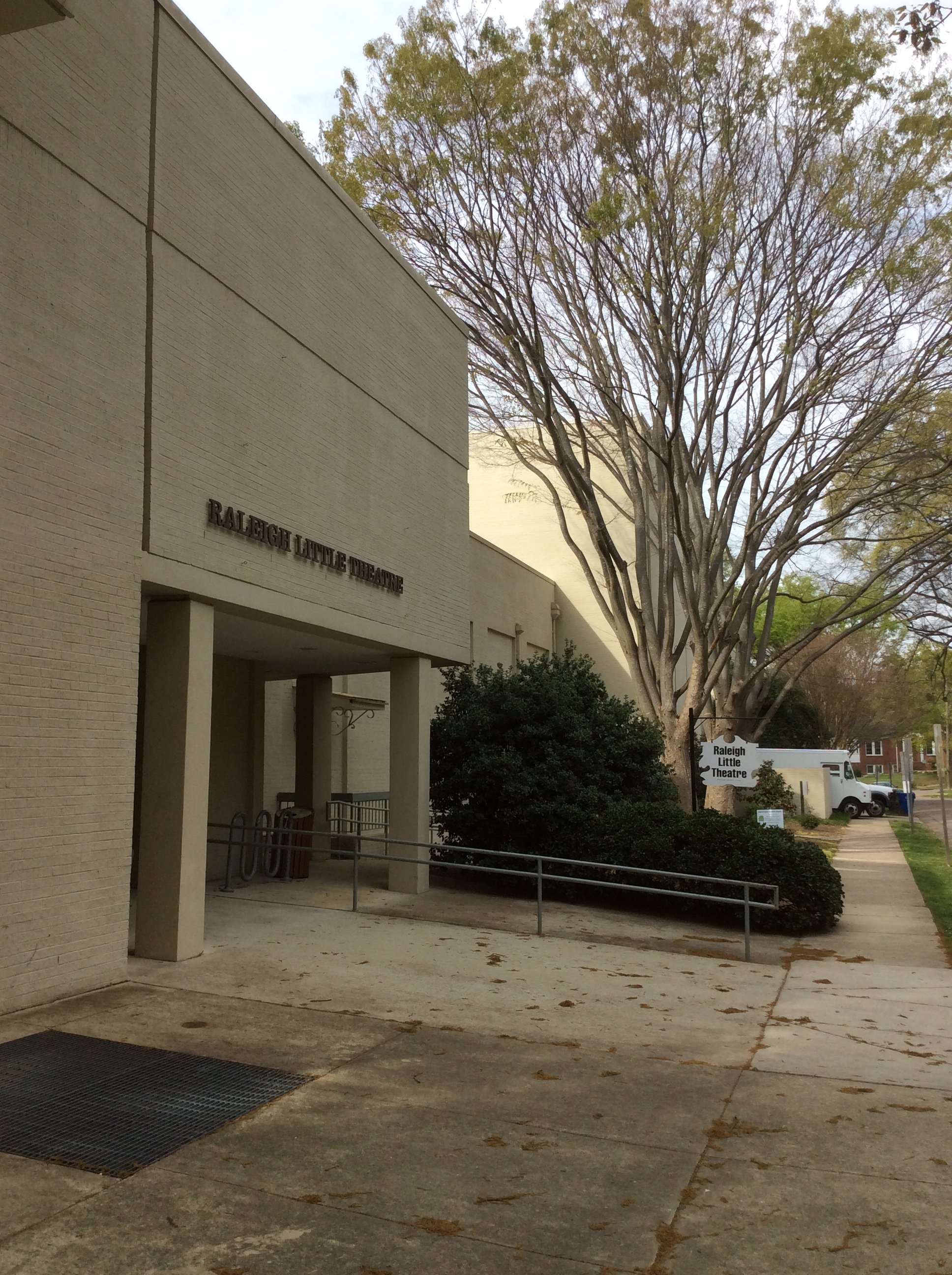 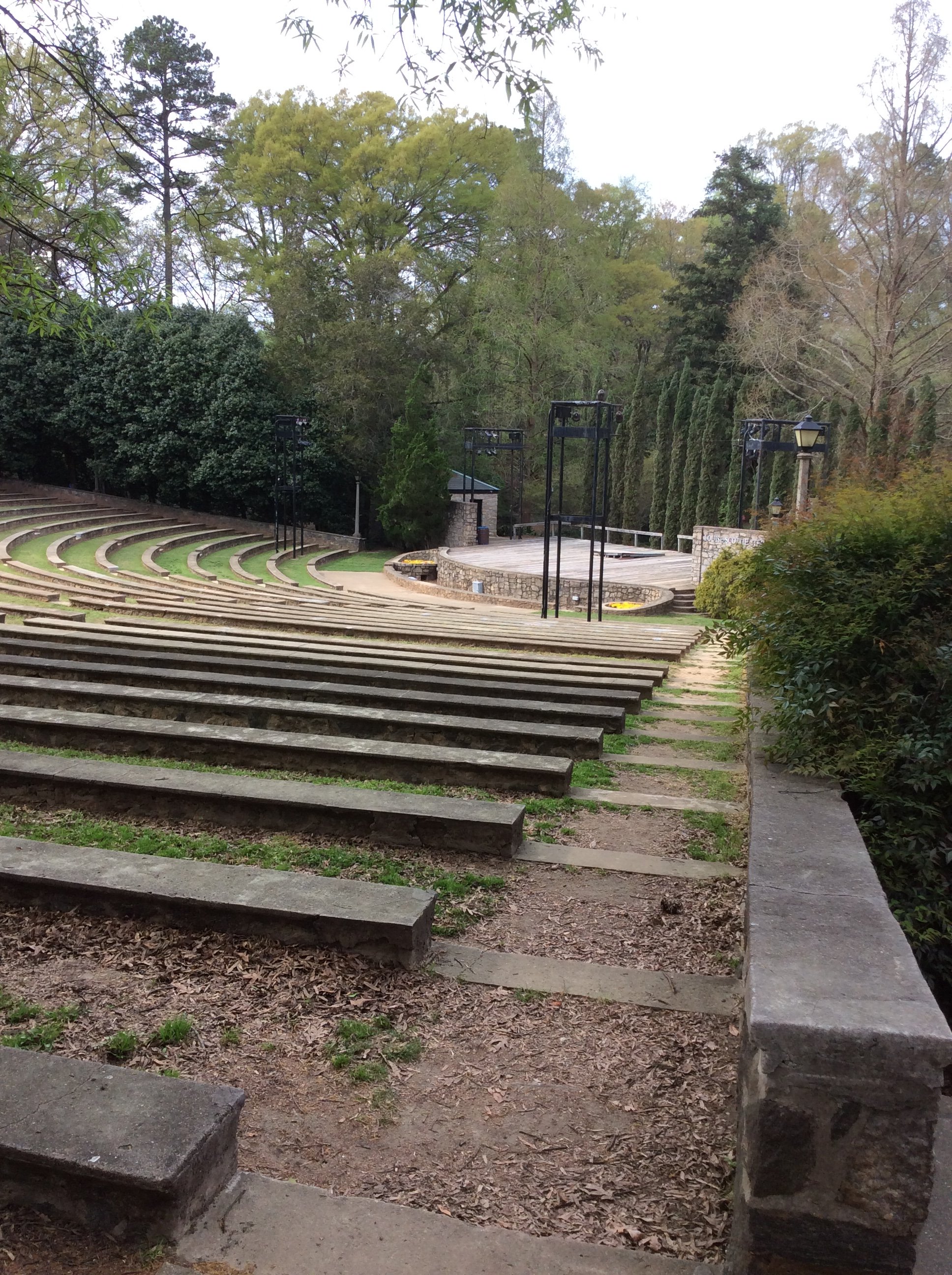 The troupe originally formed in 1935 when Mary Dirnberger, state director of the Federal Theatre Project, reached out to Jonathan Daniels, editor of the News & Observer, and Anne Bridgers, a Raleigh playwright. Together they discussed how a local theatre troupe could work with employees of the Federal Theatre Project to bring performing arts to North Carolina. The Federal Theatre Project was a part of the Works Progress Administration. Its primary purpose was to increase employment opportunities for theatrical workers during the Great Depression, and the Raleigh Little Theatre was to become the project’s first effort to collaborate with a small, local theatre group. With assistance from the federal program, 1936 saw the arrival of the theatre troupe’s first director, Kay McKay, and the mounting of its first show, The Drunkard.  With positive reviews and publicity, the theatre was a welcome hit in the community.
In 1938, the Raleigh Little Theatre began to seek a permanent space. During the first two seasons of shows, productions had been staged in the local high school, outdoor community spaces, and even a courthouse. However, with the support of Mayor George Isley, plans to build a new facility on the former site of the state fair racetrack moved forward. Unfortunately, by 1938, the Federal Theatre Project was no longer working with the Raleigh Little Theatre (Congress would shut the federal project down entirely in 1939). So, in order to complete the building project, the company relied on support from the local community. Despite this large obstacle, with donations of money, resources, and services from the community, the project, including the main theatre building and the outdoor amphitheater, was completed in time for the 1940-41 season.
Though the theatre was now fully dependent on its own profit and revenue, the Raleigh Little Theatre was not immune to the effects of WWII. Just three months into the 1941-42 season, Japan attacked Pearl Harbor, and the company had a choice to make. In the spirit of “the show must go on,” despite the national tragedy, the Raleigh Little Theatre moved forward with its current production of The Man Who Came to Dinner and opened as planned on December 10, 1941, just three days after the Pearl Harbor attacks. In honor of the military, and in partnership with the Defense Service Unit of the Wake County Defense Council, the members of the theatre and the actors in the show invited servicemen to join them after the performance that evening for dinner in their homes.
The war ended, and the  Raleigh Little Theatre went on, experiencing more success and establishing itself as a staple in Raleigh’s arts community. Its facilities have played host to community productions of Broadway musicals, Shakespearian classics, and staples by American playwrights. Perhaps its most famous alumnus, Andy Griffith, debuted his well-known monologues Romeo & Juliet and What it Was, Was Football on the Raleigh Little Theatre stage in 1953. In addition, a number of original works by Raleigh playwrights have been performed there, including Climate of Fear, a play performed in 1955 that focused on the anti-communist hysteria that was taking over America.
The Raleigh Little Theatre continues to serve its place as a center of creativity and recreation for the Raleigh community.

Building hours vary according to day and performance times. However, the outdoor areas can be visited during daylight hours.