This 184.5 mile canal took over 22 years to be built. Construction was started in 1828 by John Quincy Adams but the growing cost of labor, prevalence of disease, and instability in the area caused problems throughout the building process. Once operational, the canal offered a seven day trip from Cumberland to Georgetown. The Canal was open from 1850 until 1924. The area is now preserved by the National Park Service. Exhibits in the museum inform visitors about the construction of the Canal and the wildlife in the area. 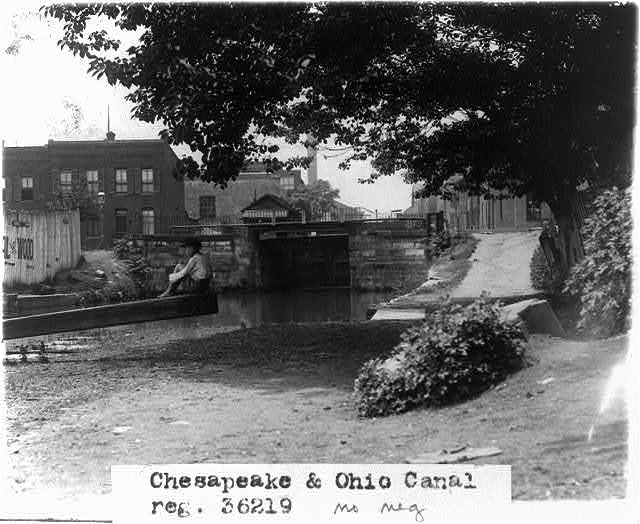 The Building of the C&O Canal 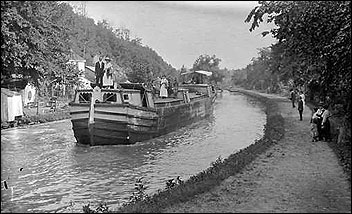 Women on a Canal Boat 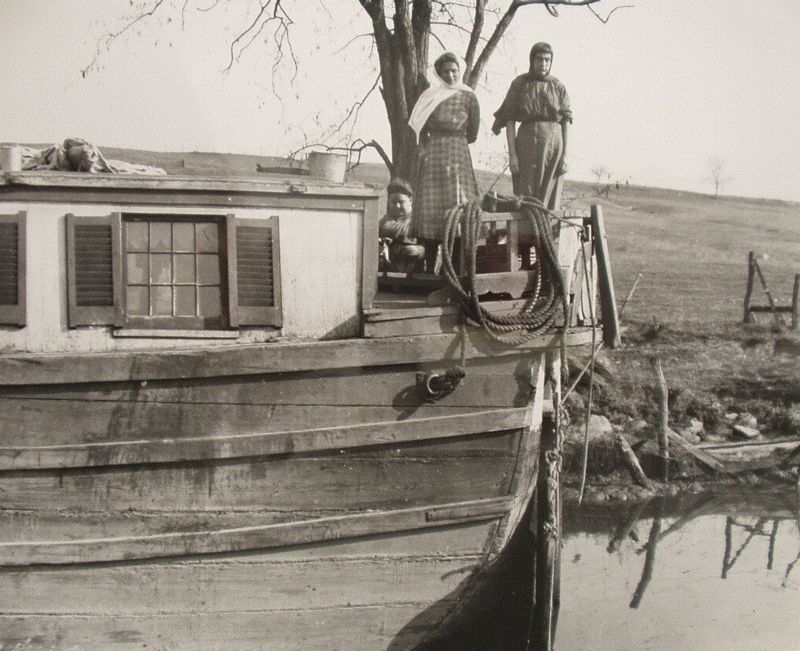 The Chesapeake and Ohio Canal is a 184.5 mile canal that runs parallel to the Potomac River.  The canal stretches from Cumberland, Maryland to Washington, D.C.. On July 4, 1828 President John Quincy Adams started the construction by breaking the earth.  However, he had trouble doing so which showed that the construction of the canal was going to be a long and labor-intensive project.  The canal construction called for higher costs of labor and materials than were originally estimated.  The terrain, cost of labor, disease, and legal battles over land caused the construction to move a lot slower than planned. Twenty-two years after the start of the construction when the canal reached Cumberland, Maryland the project was halted due to a lack of funds. The original plan for the C&amp;O Canal was to have it extend from Georgetown (in Washington D.C.) to Pittsburgh, Pennsylvania.
Many of the workers who built the canal were Dutch, German, Irish and English immigrants who were promised a better life in America.  They worked long hours for little pay and created a stair case effect by constructing seventy-four lift locks that changed the water level to move cargo from Georgetown to Cumberland and vice versa. As construction moved west from Georgetown sections of the canal opened. In 1830 the canal stretched from Georgetown to Seneca, then in 1833 it reached Harpers Ferry, then to Hancock, Maryland in 1839, and finally reached its end of Cumberland, Maryland in 1850.
The C&O Canal operated from 1850 until 1924.  It was a seven-day trip from Cumberland to Georgetown.  The canal boats carried loads of cargo mainly coal.  The canal boats design was to move a much cargo as possible.  The boatmen had only 12 feet by 12 feet space for living on the ship what was the family's living quarters. In the 12' x 12' cabin it had the basic living necessities of a coal burning stove, bunk beds with hay mattresses, a table, and a small cupboard for supplies. The boats also had a stable and hay storage for the mules who pulled the boats along the towpath.  Lock tenders were also an important part of the canal operation. They worked around the clock; they were constantly on duty and had to look for approaching boats.  They would listen for the boatman's call of "hey-y-y-y lock" which singled that the lock tender was needed.
Today, the 184.5 miles is tended by the National Park Service.  The Chesapeake and Ohio Canal National Historical Park offers visitors a chance to embrace the history as well as nature.  The park offers visitors the opportunity to walk or bike the towpath, as well as horseback riding along the path.  Many of the lock areas have visitor centers where one can learn more about the history of the canal and experience ranger led programs.  Both Williamsport and Great Falls offer boat tours and rides for their visitors to enjoy and gain a hands on approach to history.

All information is from the National Park Service

Open during daylight hours year round