Built in 1832, the Ocracoke Light Station is the oldest operating light in the state and, according to the National Park Service, the second oldest operating light in the country (this claim seems to be disputed). It stands at 75 feet tall and 25 feet wide at the base (and 12 feet at the top). Inside is a metal, spiral staircase that has been deemed not safe for people to climb, except for maintenance workers. However, visitors are allowed into the base of the light. The station also consists of keeper's quarters and other small smaller structures. The lighthouse, which was placed on the National Register of Historic Places in 1977, was built here because it is next to the deepest inlet between Pamlico Sound and the ocean. It is on land this part of the Cape Hatteras National Seashore. 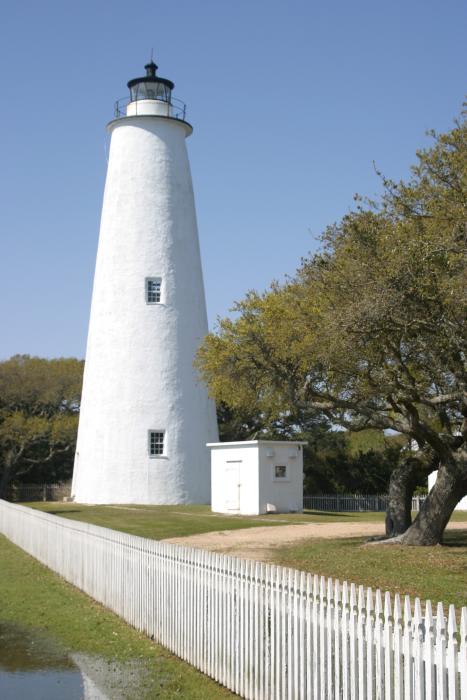 The spiral staircase inside 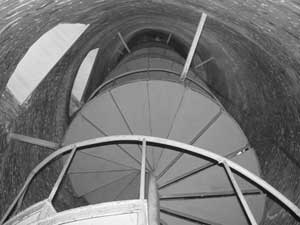 The first lighthouse built was on Shell Castle Island, which no longer exists but was in between Ocracoke Island and Portsmouth Island, in the late 1790s. However, by 1818 the channel shifted one mile, rendering the light useless. Congress eventually appropriated money for the current light in 1822 and it was built a year later.

The site can be visited daily