The 1881 Smith County Jail was the first building constructed in Smith County following the Civil War. It was the fourth jail (or possibly the 3rd) in Smith County. It was designed by architect Eugene T. Heiner in the Late Victorian style and includes elements of Italianate architecture. In 1894, a second floor was added which doubled its cell space. A new jail was built in 1916 and Jefferson Y. Lewis purchased the building and converted it into Lewis Hotel, which operated until 1986. Today, the building serves as the headquarters for Randal B. Gilbert Attorney at Law. An original jail cell stands just outside the building.

An original jail cell sits in the parking next to the building. 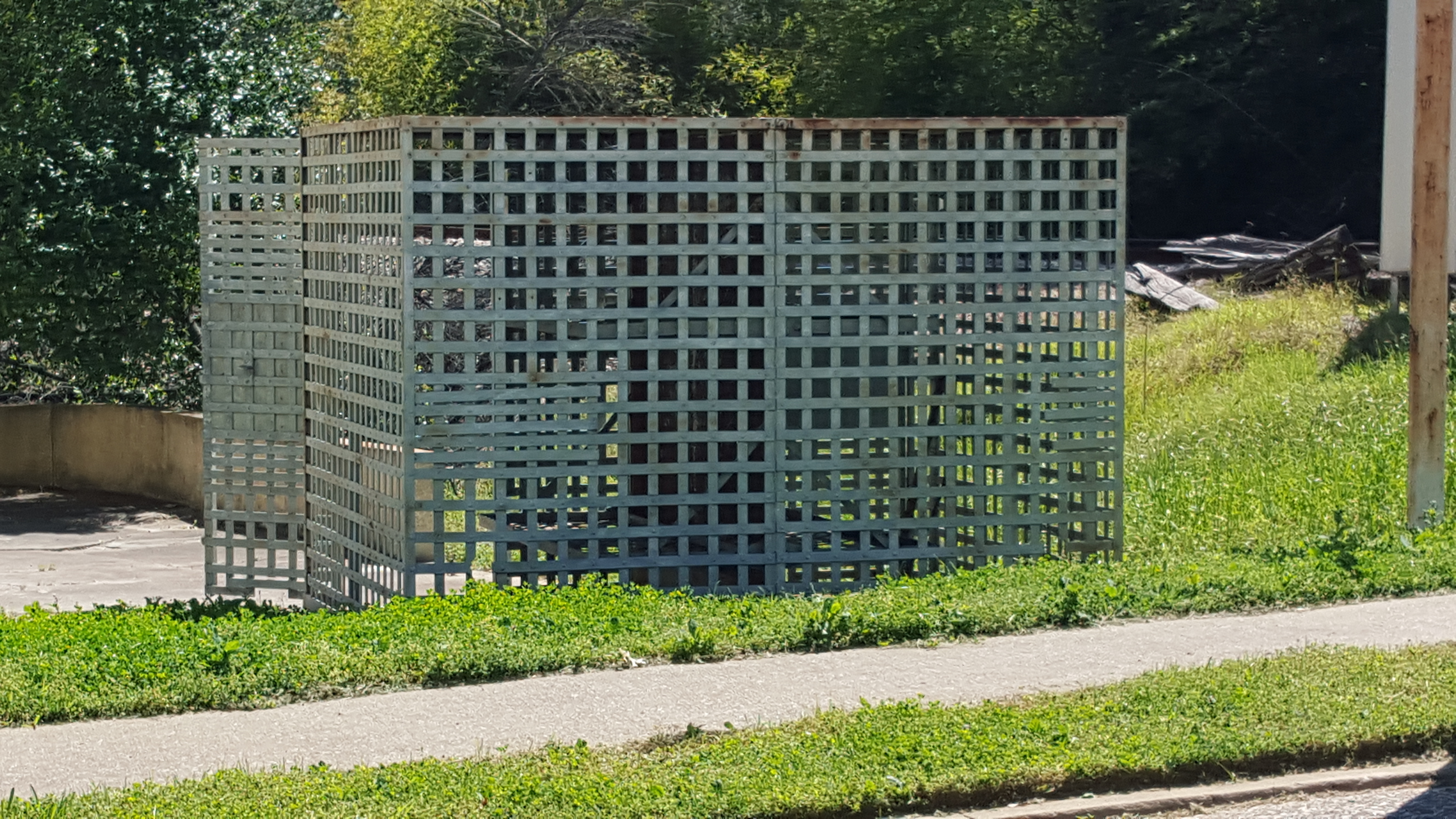 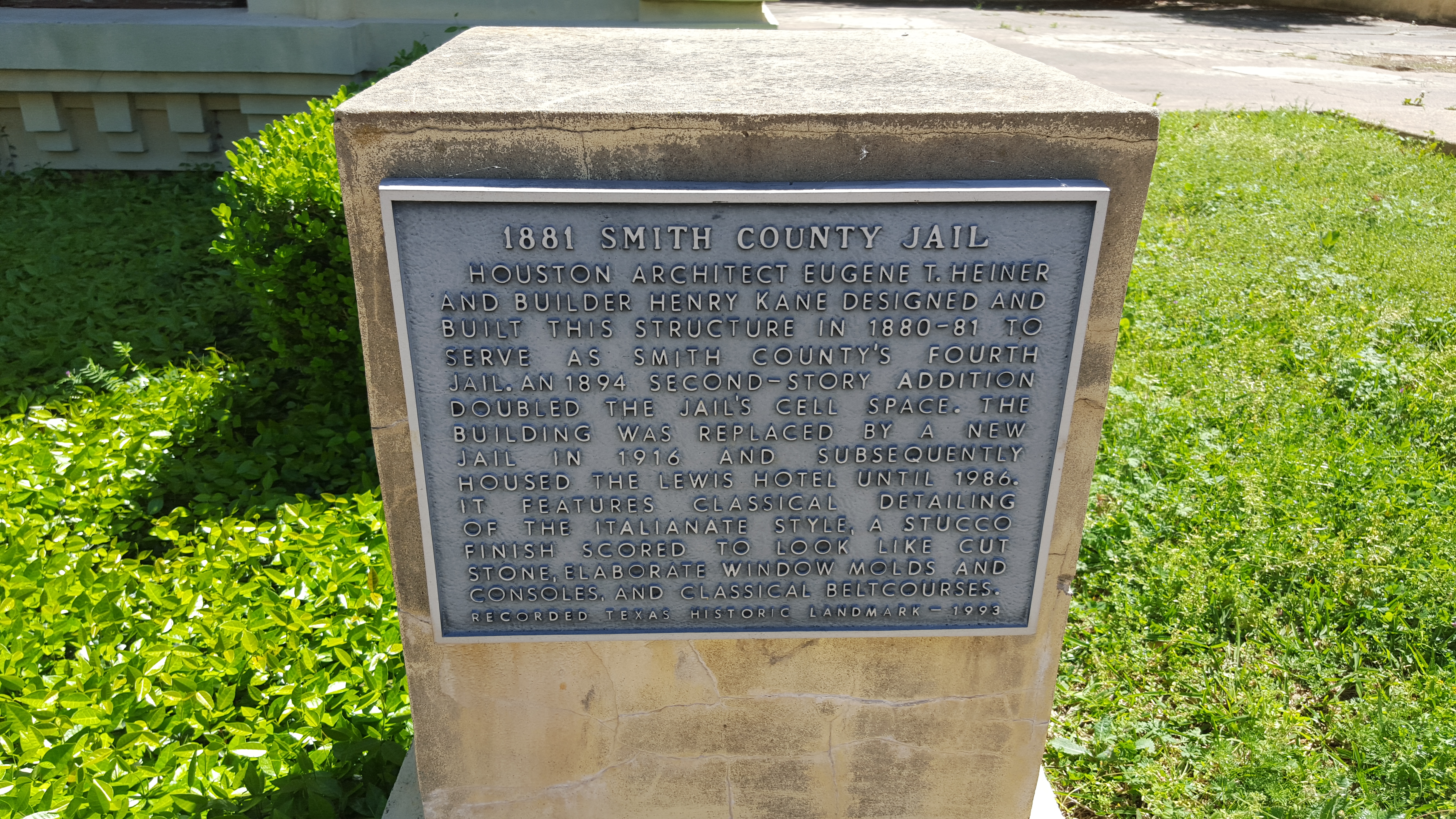 The former Smith County Jail was built in 1881 and now houses a law office. Photo: Renelibrary, via Wikimedia Commons 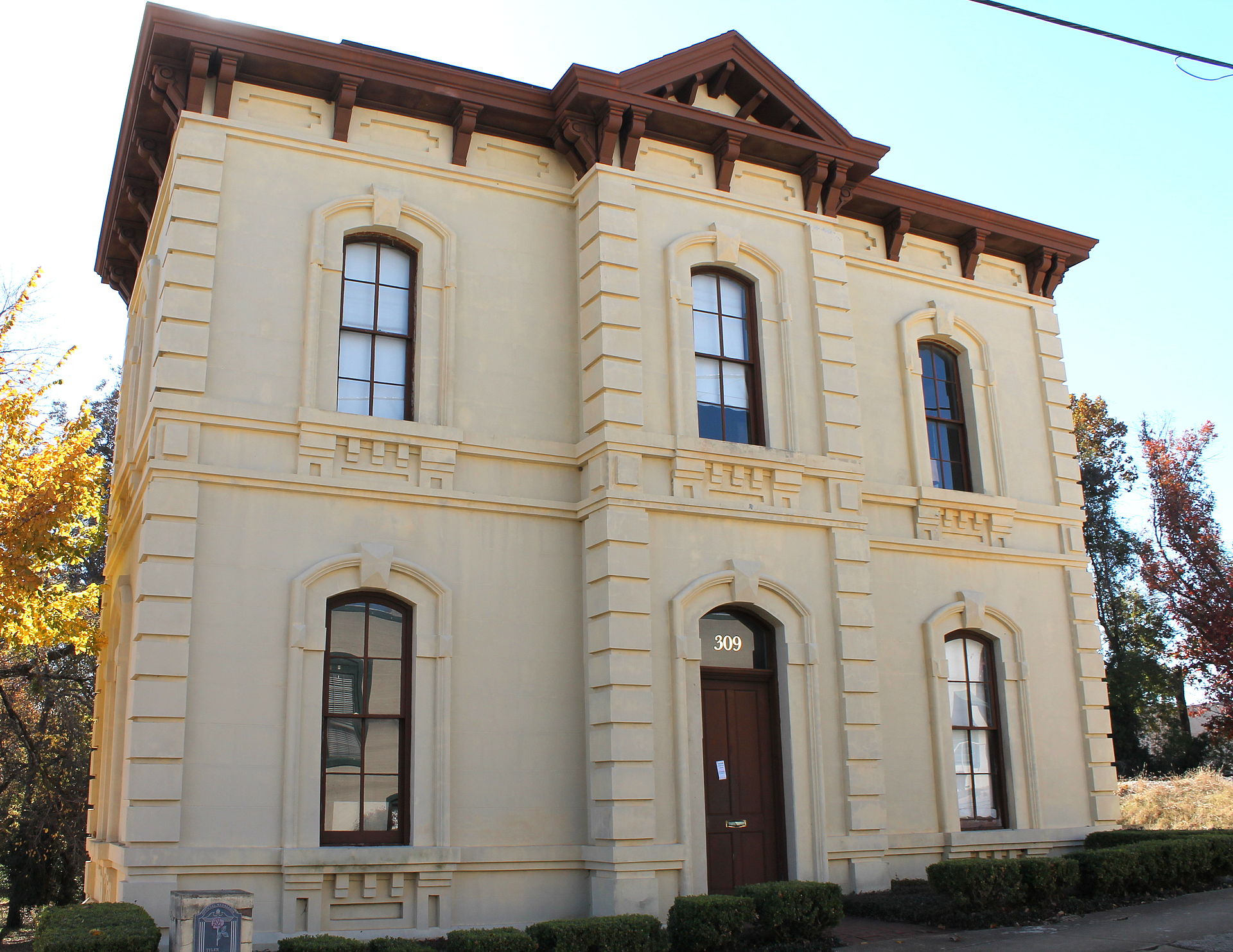 The building was added to the National Register of Historic Places in 1996. It is very well preserved and serves as a physical reminder of a prosperous period in Tyler's history, when cotton and railroading were important economic drivers. As with many other small towns in the 19th century, with prosperity also came the need for jails and Tyler's need was no exception.

This walking tour starts at City Hall and works its way through the downtown area including stops at several historic buildings and museums. Highlights of the tour include the Blackstone Building, the Cotton Belt Depot Museum, and the former Smith County Jail which was built in 1881. The tour concludes at the Goodman-LeGrand House and Museum