The Freeman Store and Museum is a historic county store that once served locals and travelers from 1859 until the late 1920s. When it was first built, the two-story, five-bay frame house included a general store, the Vienna Post Office, and a fire department on the bottom floor and a home on the upper floor. At the outset of the Civil War, the store/house served as a polling place for the succession vote. The Freeman Store continued its operations until the late 1920s, and it remained a residence until 1955. It was sold to the Town of Vienna in 1969 and, in the following years, restored to its original appearance. Today, the Freeman Store and Museum provides visitors an insightful and authentic look into the 19th-century Virginian general store.

The Freeman Store and Museum by Oakridge Auction Gallery (reproduced under Fair Use). 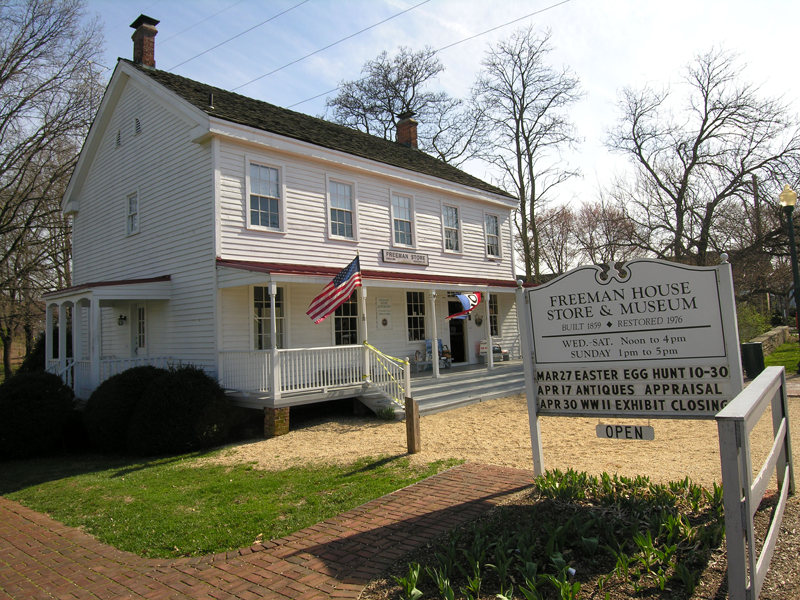 Another view of the Freeman Store by Jerrye and Roy Klotz on Wikimedia Commons (CC BY-SA 3.0) 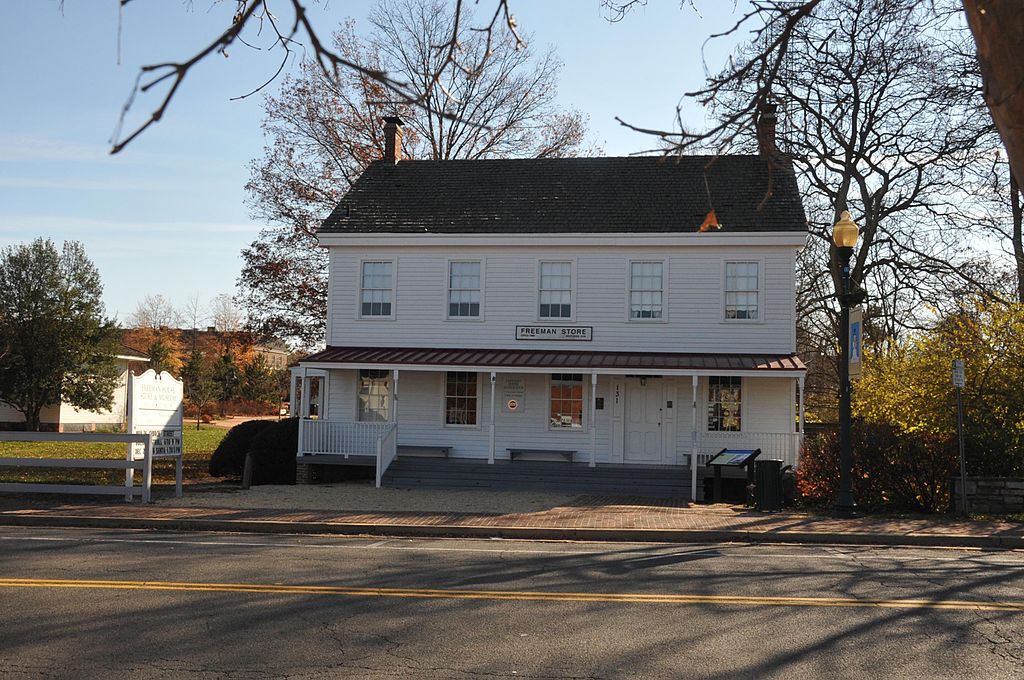 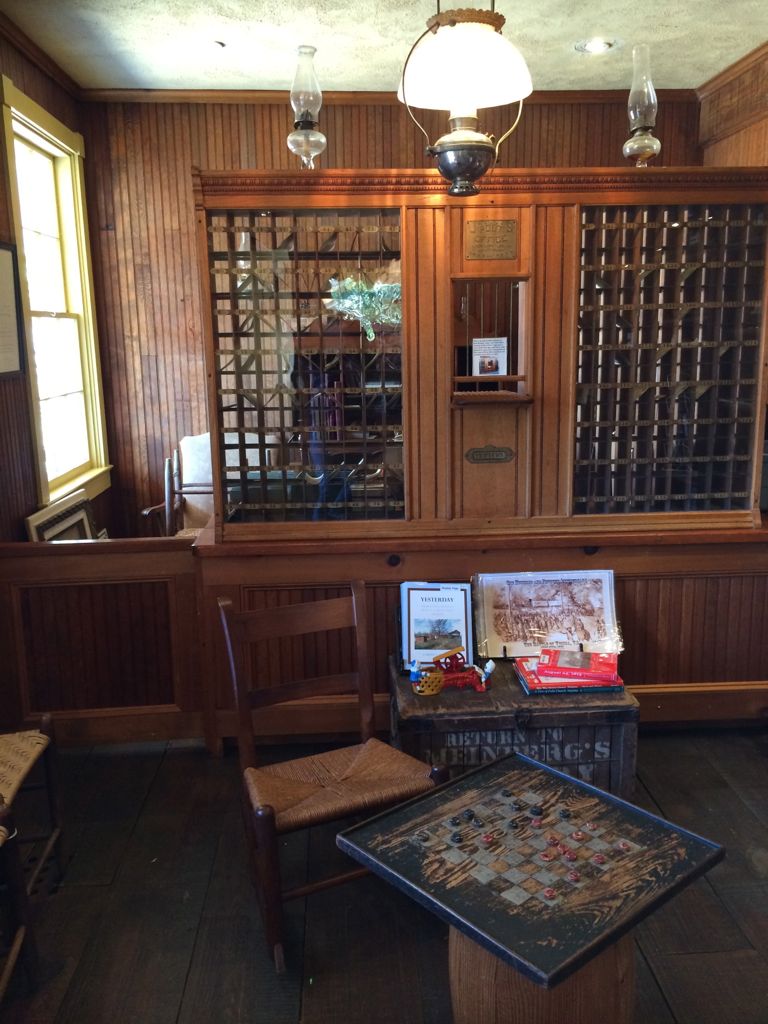 The Freeman House in 1860, Library of Congress (public domain). 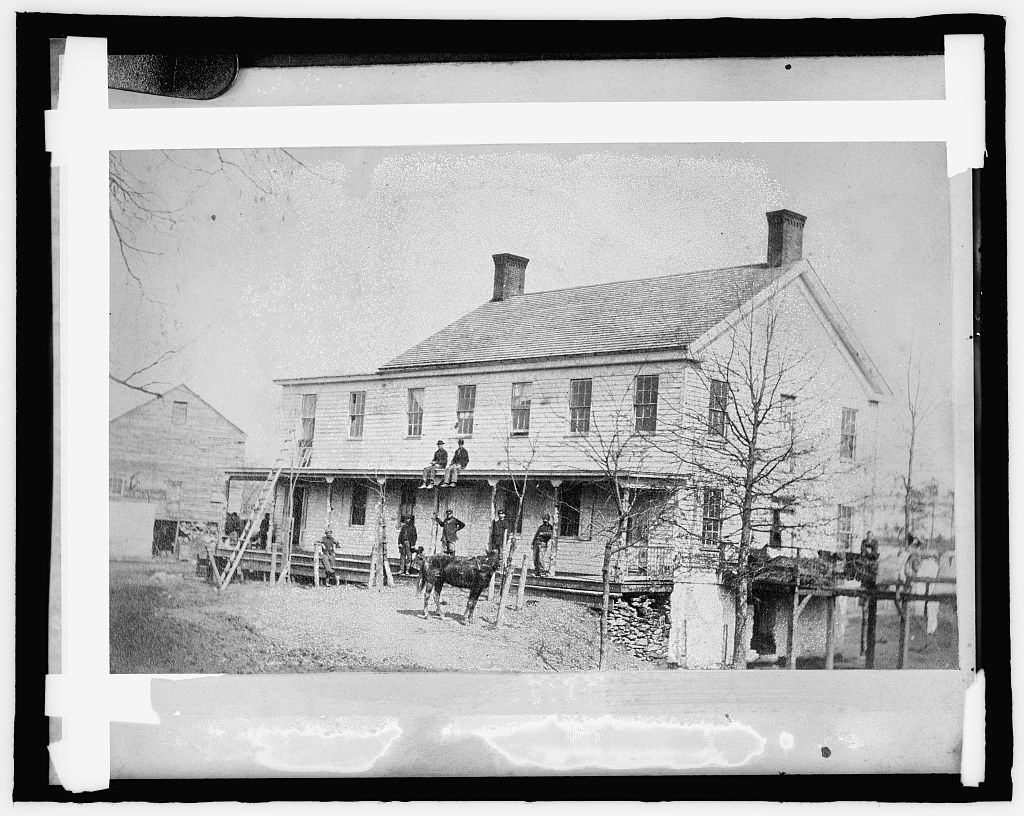 The Freeman home and store was built in 1859 for Abram Lydecker. It was the year after the Alexandria, Loudoun & Hampshire Railroad reached Vienna, and Abram and his wife, Susan, decided to settle and construct their store at the center of the village. Being in the center, the building also held the post office and fire department.

In 1861, the store was the polling place for the secession vote, and the surrounding district was one of only three in Fairfax County that voted against secession. Lydecker himself opposed slavery and secession, and was devoted to the northern cause. For unknown reasons, Lydecker was arrested and spent some time in a Confederate prison; during this time his wife and children stayed with their daughter Caroline and son-in-law Anderson Freeman in New York. During the Civil War, the store served as headquarters, hospitals, and offices for both the Union and the Confederate armies. Following the war, Abram and Susan Lydecker returned and continued to run the general store. Caroline Lydecker Freeman and her husband Anderson took up residence in Vienna around 1872 and lived at the site.

Leon Lydecker Freeman operated the store from 1906 to 1929; his mother Caroline died in 1911. He was Fairfax County's first Republican delegate to the Virginia General Assembly after the Civil War. Freeman set to work enlarging the barn and house, changing some of the windows, adding a porch, and other renovations.

The Freeman family continued to live in the home through the 1950s. In 1969, Dorothy Freeman Sherburne, Leon Lydecker Freeman's daughter, sold the house to the Town of Vienna. Between 1975 and 1977 the property underwent extensive restoration. Today, Vienna still owns the Freeman Store and Museum, and the Town and Historic Vienna, Inc., helps operate it. Within the museum, visitors can discover the furnishings and artifacts found in a historic general store. In addition to its collections, the Freeman House also acts as a store, selling gifts, souvenirs, drinks, and old-fashioned candy.

In 2012, the U.S. National Park Service listed the Freeman store on the National Register of Historic Places.