The Amazon Knitting Company was built in 1895. The five-story building held spinning, winding, and knitting machines. It provided employment mainly for women, at a time when women were just starting to work outside the home. It was one of the first factories to open in Muskegon at the end of the lumbering era, as the city transitioned to become an industrial powerhouse. 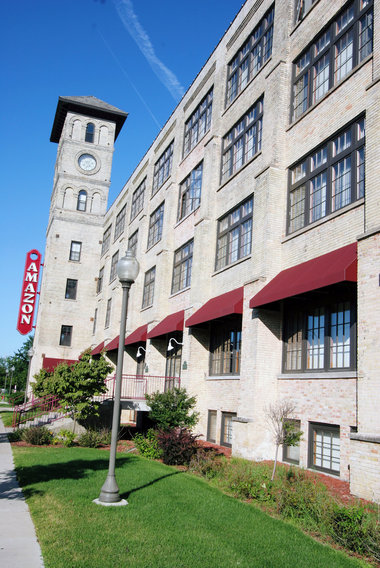 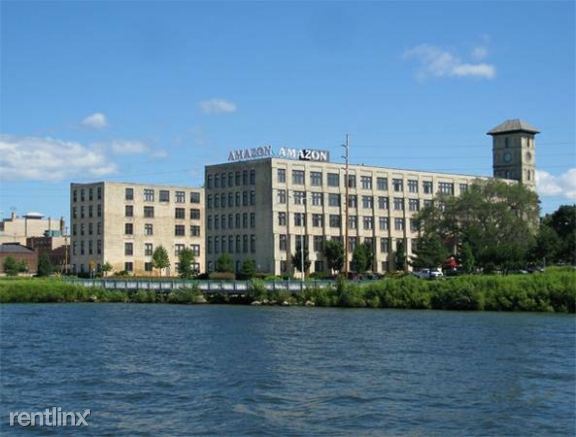 This five-story building was built in 1895. The Amazon Knitting Company was based in Chicago and Michigan City, but when the company needed a new expanded factory, the owners were drawn to Muskegon because of the business incentives put in place by wealthy local lumbermill owners. These former lumber barons recognized that Muskegon would need a new industrial focus if it was to survive after the lumbering age. Amazon received a bonus for employing 400 women and 75 men for a minimum of 5 years.

The basement of the building held a dining room and machine repair shop. The second floor held the company offices and carding department. The rest of the floors would be spinning, knitting, and winding machines. The women who were hired were not paid for the first week that it took them to learn to use the knitting machines. Once their training was complete, they were paid by the piece. Amazon produced mittens, gloves, hosiery, and shirts, but its staple item was full-bodied cotton underwear. Amazon sold to stores like Sears, Woolworth's, and Kresge, which in turn sold the clothing under their own store brand name.

The factory provided steady employment for 600-1000 workers during its run. It finally closed in 1943, partly because of competition from the new automobile factories which could pay workers more and partly because the type of garments Amazon was known for were going out of style. The building was used as storage for various businesses in the area and eventually fell into disrepair. Around 2001, it was renovated into residential apartments with commercial space on the ground level.