Hackley Park was dedicated in 1900 and was a gift from local philanthropist and lumber baron Charles Hackley to the residents of Muskegon. Hackley began acquiring this land beginning in 1890. He also worked to commission five statues between 1890 and the official dedication of the park. These five statues are still in existence and commemorate leaders and veterans of the Civil War. The park continues to be a community gathering place and focal point of the downtown area. 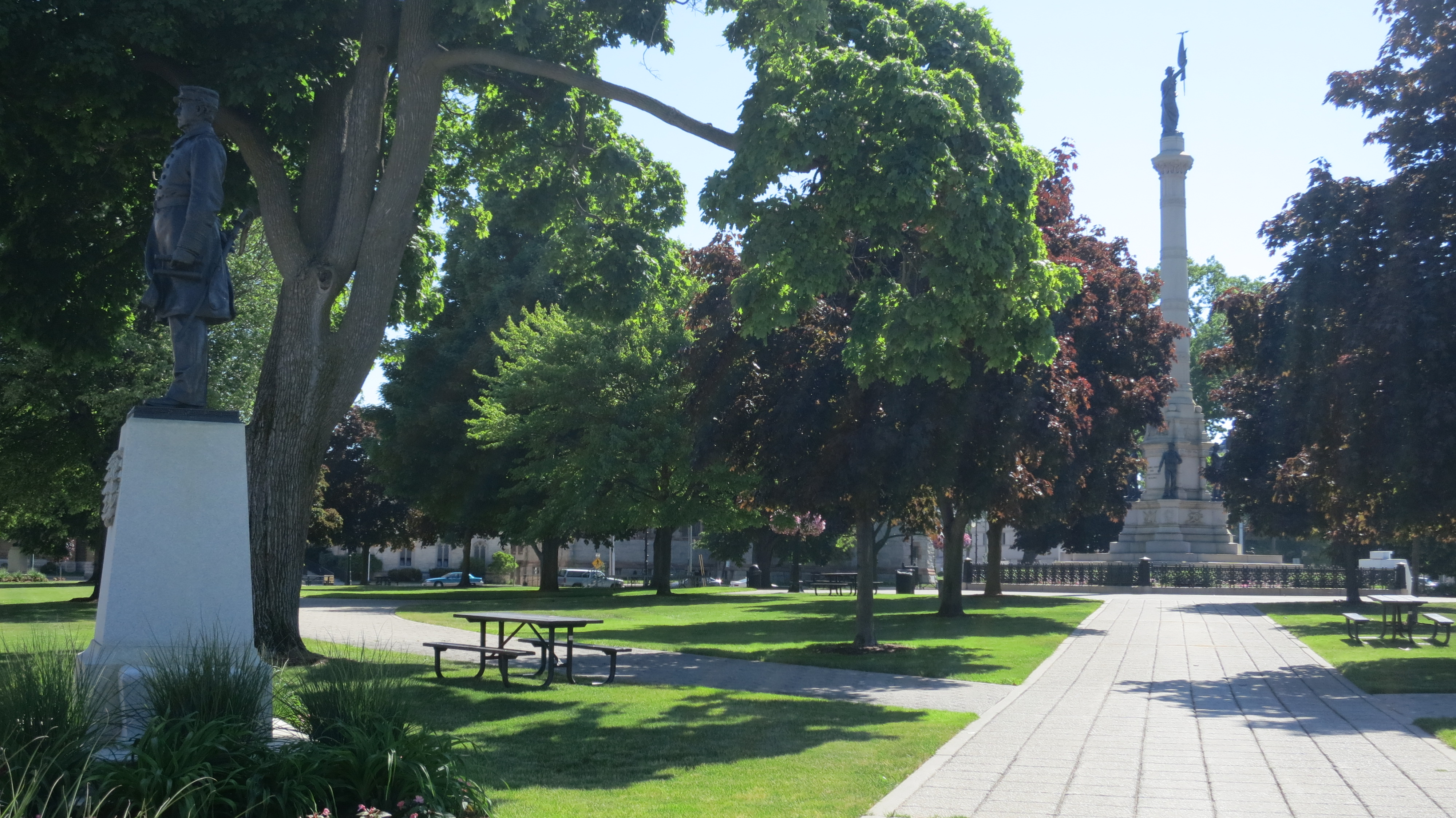 Charles Hackley was a self-made business leader who created this park as part of his effort to return something of value to his his local community. He used the wealth from his successful lumbering businesses to improve the city of Muskegon by creating this park for its residents. In 1890, Hackley began buying property in the downtown block surrounded by Clay, Webster, Fourth and Third Streets. Homes that were built on the property were moved to other locations nearby, and he gifted the space to the city for use as a public park and a Civil War memorial.

Five statues were commissioned to decorate the park. Four of these statues were dedicated to Union military and political leaders Abraham Lincoln, Ulysses S. Grant, William Sherman, and David Farragut. These four statues can be found in each of the four corners of the park. The "Soldiers and Sailors Memorial" located the center of the park honors all Union Civil War veterans. The park was officially dedicated on Memorial Day in 1900.