Launched in 1919 and now a floating museum, the Steamship Valley Camp is the most intact iron ore and coal Great Lakes freighter from its time period. It is 550 feet long and could transport up to 12,000 tons of cargo. It sailed for fifty years until 1967 when it was finally retired. In all, the Valley Camp covered three million miles and transported 16 million miles. Visitors are allowed to explore every part of the ship. There are also artifacts, paintings, shipwreck items, models and other objects on display inside. Maybe the most striking items on display are the two lifeboats recovered from the Edmund Fitzgerald, which sunk in November, 1975. Given its good condition and the fact that it is one of the few Great Lakes freighters of its era left, it was placed on the National Register of Historic Places in 1972. It is also a Michigan State Historic Site. 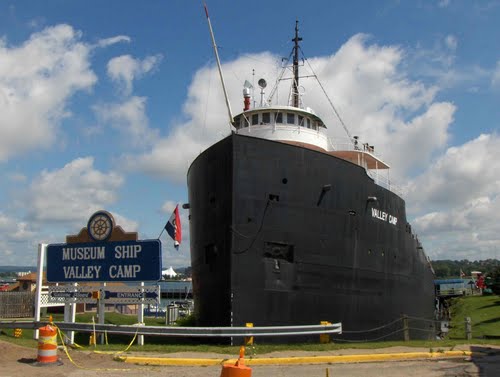 View of the entire vessel 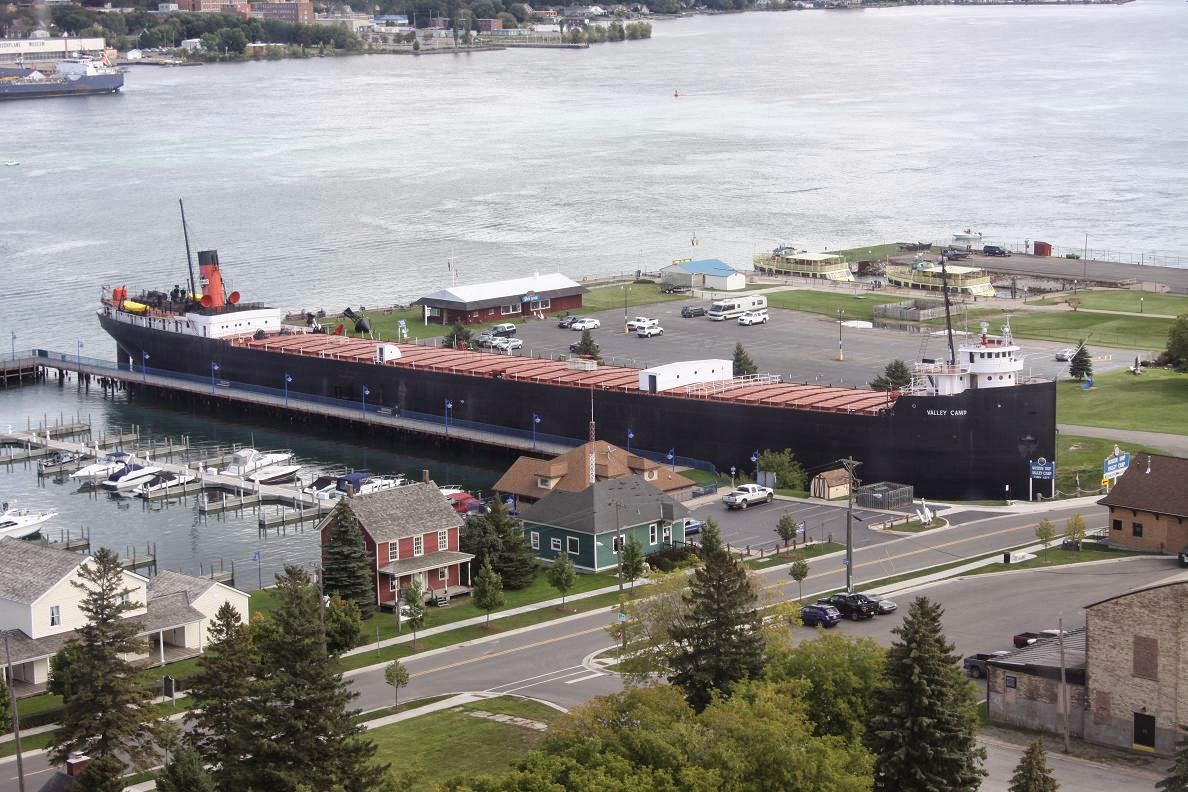 Some of the many artifacts on display 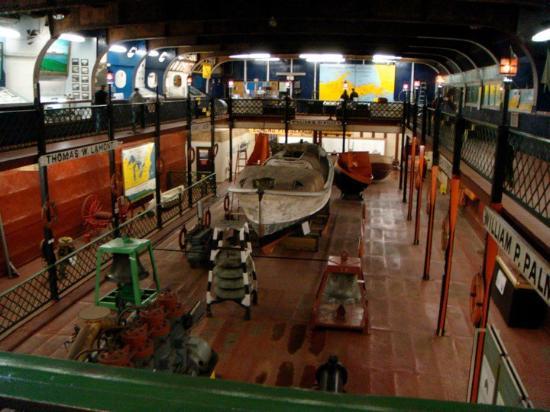