The Peoples Bank Theatre was built in 1919 as the Hippodrome Theatre. The theater was primarily a cinema as opposed to its predecessor, also called the Hippodrome, which was a vaudeville house that showed some movies. The first Hippodrome burnt down in 1917, leading to the construction of this more elaborate theater. Over the years, the theater has changed owners, appearances, and names. It was known as the Colony Cinema for much of the late twentieth century. The Colony Cinema closed in 1985 and was restored in the 2000s and 2010s, reopening in 2016 as the Peoples Bank Theatre. 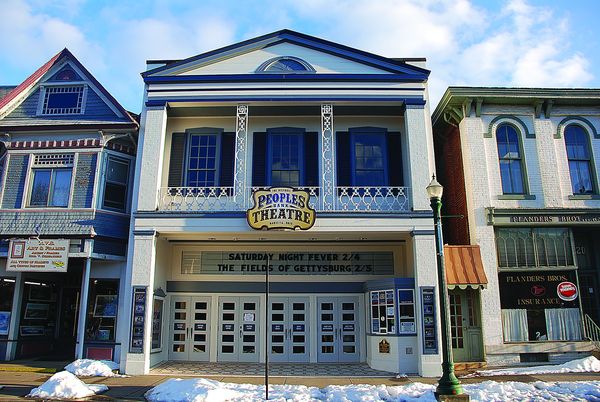 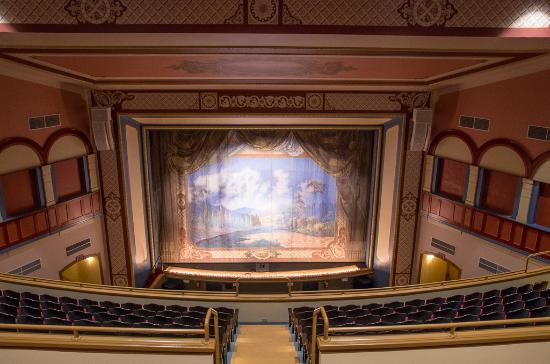 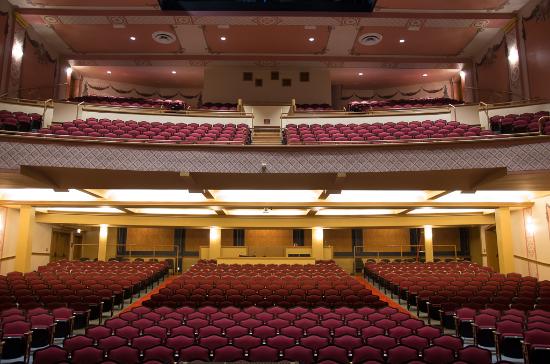 Outside the Peoples Bank Theatre 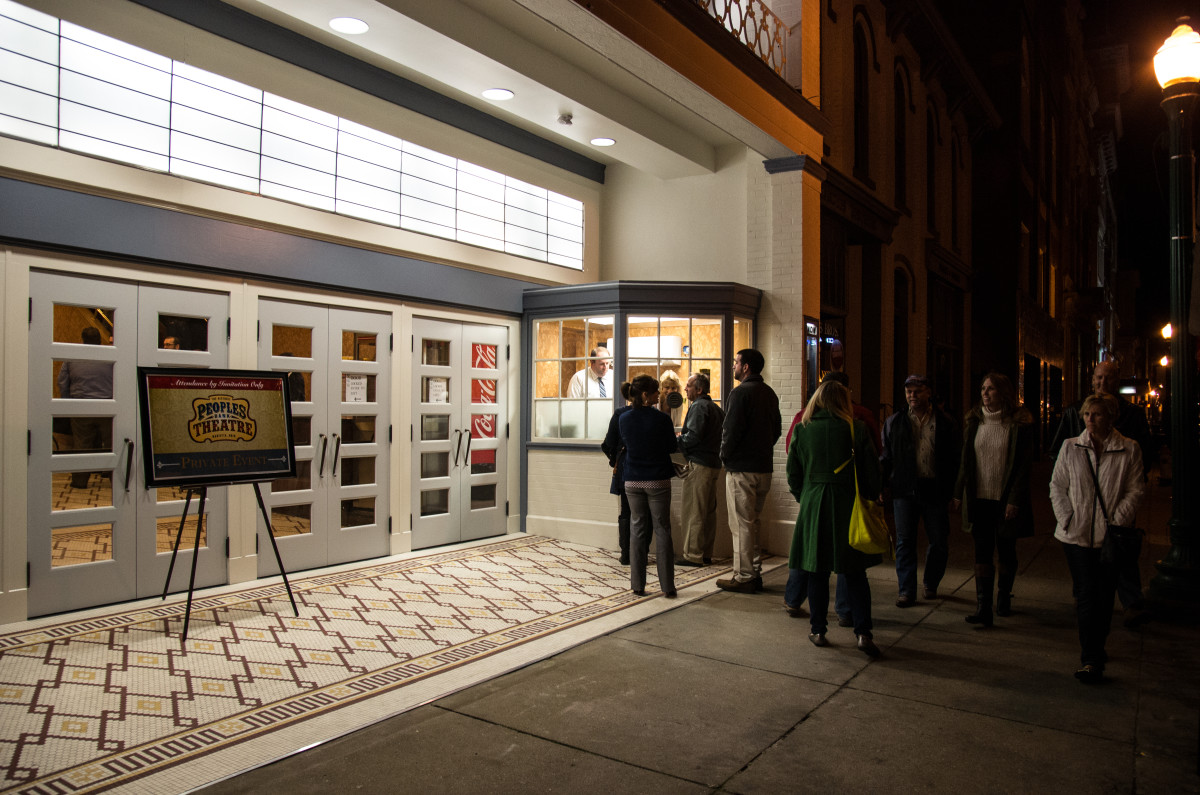 The Peoples Bank (Hippodrome) Theatre circa 1925

The Peoples Bank Theatre was built in 1919 as the Hippodrome Theater. The Hippodrome had previously been a vaudeville house located on Second and Union Streets completed on May 18, 1911. However, a fire destroyed the theater in November 1917, prompting the C & M Amusement Company to construct a new Hippodrome on Putnam and Third Streets (the theater’s present location). The theater showed Daddy Long Legs starring Mary Pickford for its May 9th, 1919 reopening.

The second Hippodrome was more elaborate than its predecessor. The theater featured large stages (appropriate for Broadway plays), plush carpeting, impressive acoustics, an orchestra pit, and two moving picture projectors. There was also about twice as much seating as in the old theater. To accompany silent films, there was a Möller theatre pipe organ with pipes located in the false opera boxes at stage right. But, in 1929, the C&M Amusement Company installed Vitaphone technology, making it the first theater in Marietta to show “talking pictures.”

After being taken over by the Shea Theatre company of New York, the Hippodrome was remodeled in 1949. Outside, the stone archway was removed and replaced with a two-story Southern-Colonial brick façade, and the box office moved to the side of the entrance. Inside, new carpeting, stage drapes, and other minor updates rounded out the transformation. A contest was held to rename the theater, and so the Hippodrome became the Colony Cinema on June 25th, 1949.

On February 12th, 1957, the Colony Cinema hosted the world premiere of Battle Hymn starring Rock Hudson as Marietta native Colonel Dean Hess. The town was abuzz during the week of the premiere with visiting celebrities and record-breaking attendance for the small-town theater. But, many movie theaters experienced a downturn in the 1950s and 1960s as more and more people chose to stay home and watch television rather than drive to a theater in town. To woo audiences back, many theaters tried to improve themselves; the Colony was no different. In 1969, the theater was renovated again, removing a staircase to make room for more concessions and taking out seats to add legroom.

During the late 1970s, the Colony Cinema was sold and resold to a number of out-of-town companies until it was purchased by Marietta local Marjorie Bee. Bee had previously worked at the theater, and she was determined to keep it running. Unfortunately, the theater had to be closed in December 1985 due to low attendance and high bills. Local businessman Dan Stephan Sr. then bought the Colony in 1989, hoping that it could be restored and preserved.

Starting in 2001, the Hippodrome/Colony Historical Theatre Association raised funds necessary for such an undertaking. The theater reopened in 2016 as the Peoples Bank Theatre and continues to exhibit movies and live performances as well as hosting events such as graduations.

This walking tour includes eight sites to explore in the historical town of Marietta, Ohio. Learn about Rufus Putnam and the other first settlers who settled in Marietta. From libraries to historical homes, Marietta has hidden history all around its beautiful downtown area.