Located just north of Richmond, the Hanover Tavern is one of the oldest taverns in the nation. Once part of a larger complex, a license for the first tavern was issued in 1733. The original tavern was built sometime around 1750 and its fate is unknown, but fire is probably the most likely culprit. The current 12,000 square feet, 27-room tavern was built in stages with the oldest section dating back to 1791. The Hanover Tavern is now home to a pub, restaurant and the intimate Barksdale Theatre.

Vintage automobiles parked in front of the Hanover Tavern. 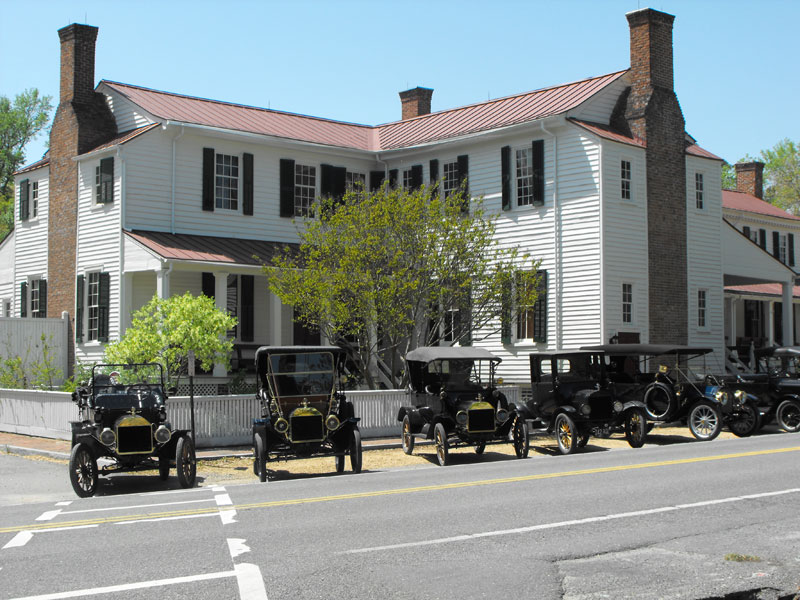 The Barksdale Theatre within the tavern. 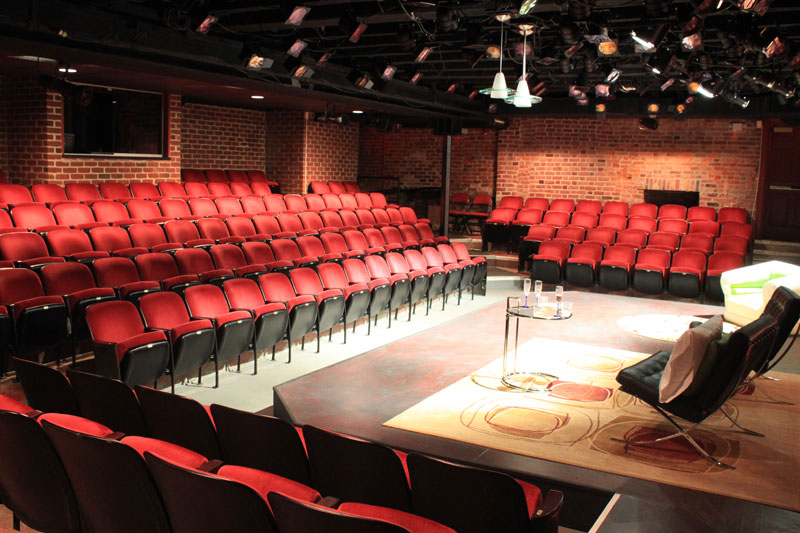 Hanover Tavern as it existed in 1891. 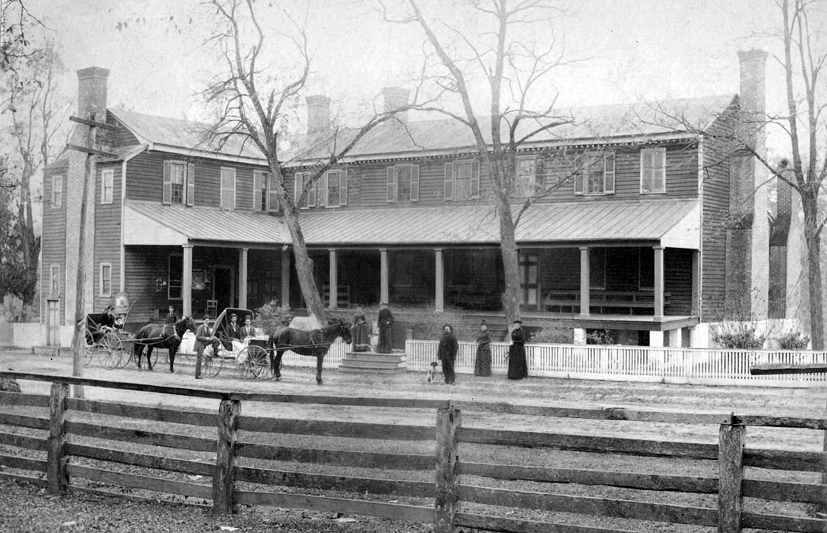 The historical marker for Hanover Tavern. 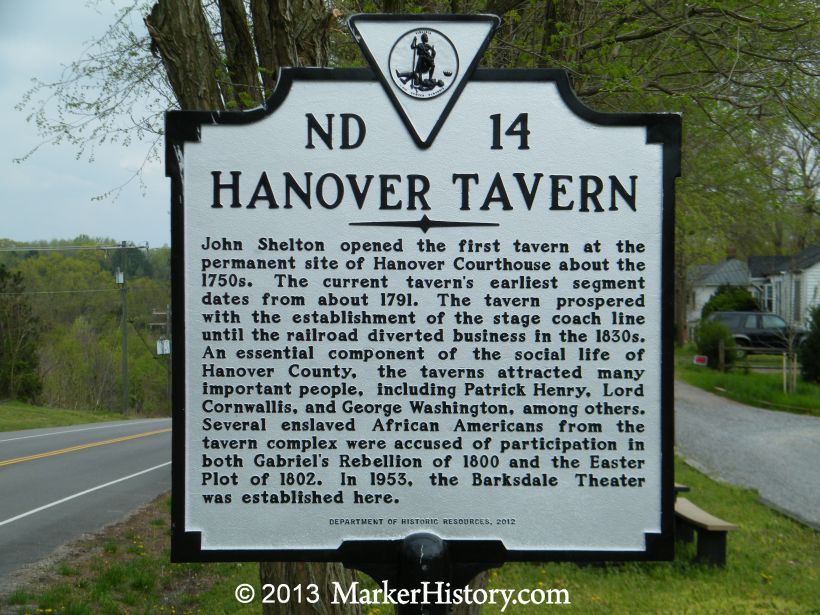 The original 350-acre Hanover Tavern complex was purchased by the editor of the Virginia Gazette, William Parks, in 1743 and hosted such historical figures as George Washington, the Marquis de Lafayette, and Lord Cornwallis.  It was later owned by John and Eleanor Parks Shelton, the parents of Patrick Henry’s wife, Sarah.  Henry himself lived in the tavern for several years.  The tavern complex was also involved in Gabriel’s Rebellion, an 1800 slave revolt.  In addition, the tavern was utilized by both Union and Confederate troops during the Civil War.

Hanover Tavern also provided food and lodging for those conducting business with the Hanover County courts and served as a community meeting center for almost 200 years as it served as a post office from the 1790s to 1911.  In 1953, it was purchased by six New York City actors who then used it as home for the Barksdale Theatre.  It was the first dinner theatre in the country and the first in Virginia to permit integrated seating.

The tavern was then sold to the Hanover Tavern Foundation in 1990 as the venerable building was quite difficult to maintain.  The first phase of renovations began in 1996 and the second in 2003 which included the theatre.  The restaurant then opened in 2005 and the Barksdale Theatre re-opened in 2006.  It has sinced merged with Theatre IV.  The tavern now hosts educational field trips and various special events, such as its Heritage Music Series the first Wednesday of each month and its Speaker Series the third Tuesday of the month.