One of the most interesting cases of a female playing baseball occurred in 1931. A young woman by the name of Jackie Mitchell, in Chattanooga, Tennessee, seat of Hamilton County, cemented her legacy in the annals of baseball history. Mitchell had received much attention for her play with the Englettes. The Englettes were a girl’s baseball team that played in Chattanooga region. She attended a baseball school, the only one of its kind, in March 1931. The school was used by major leaguers during the winter. It was clear that she had a great deal of talent. When she was signed by the Chattanooga Lookouts, other teams tried to acquire her via trade. Chattanooga was scheduled to play an exhibition game with the New York Yankees. Before the game, Ruth was chauvinistic and did not think she would fare well, and he was skeptical. In the exhibition game, Mitchell faced three New York Yankees. She struck out Babe Ruth and Lou Gehrig. Mitchell struck out two Hall of Fame baseball players and then walked a much lesser known Tony Lazzeri. Jackie Mitchell was only seventeen at the time. There is some controversy associated with that evening. Ruth swung at the first two pitches and let the third pitch go for a called third strike. It was reported that Ruth swung hard at the first two pitches, and then demanded the umpire inspect the ball. Upon striking out Ruth, threw his bat in disgust. Gehrig struck out on three pitches. However, suspicion was directed at Joe Engel. Engel was the owner, promoter, and president of the Chattanooga Lookouts. Because of many of his gimmicks to attract crowds, many people thought Mitchell striking out Ruth, and Gehrig was a publicity stunt. It is not disputable that Babe and Gehrig both struck out. However, questions remain as to whether Ruth and Gehrig agreed to public ridicule to help a small town team owner with his attendance. Ruth and Gehrig had great reputations; this is why there are still people arguing over these strikeouts. Would two great hitters agree to intentionally strike out? The Mitchell versus the Yankees exhibition happened during the time that saw attendance dwindling due to the economic depression that became known as the Great Depression. It should be noted that Mitchell should not be simply dismissed as a publicity stunt. She had much success playing against men semi-pro teams. She also played for the House of David barnstorming team. Mitchell retired from playing baseball in 1937. She lived until age 74. She died on January 7, 1987.

April 3, 1931 newspaper article in the Evening Independent depicting the event 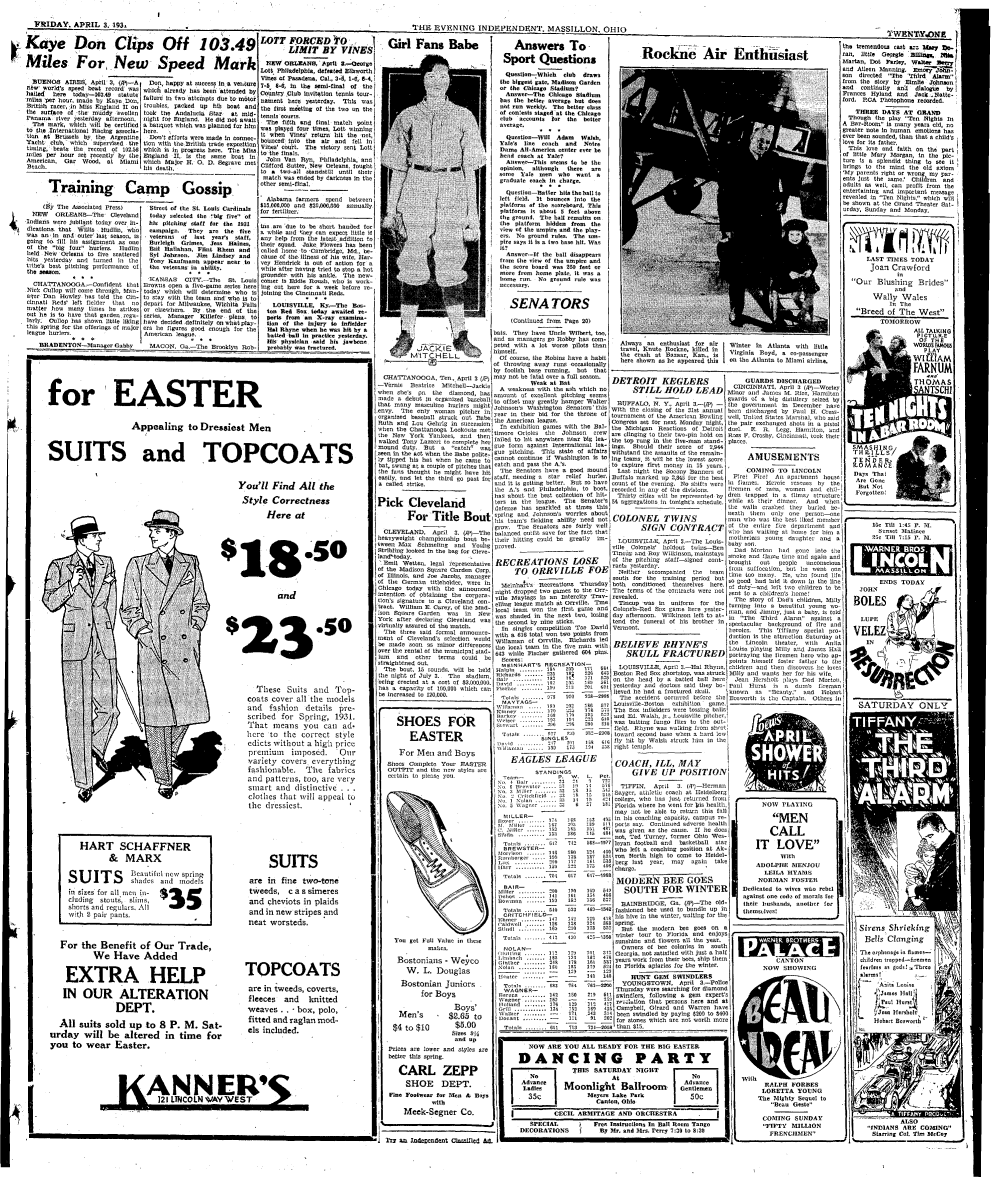 Jackie Mitchell was born in Chattanooga, Tennessee in 1913. Her father began teaching her how to play baseball at a young age. She eventually had a neighbor that was a Hall of Fame pitcher in the major leagues. Dazzy Vance was the neighbor and he taught her how to throw a sinker type of pitch. This later served her very well as she increasingly played baseball. Jackie Mitchell was involved in one of the most memorable events in baseball