The Kelton House, located in the Town Street Historic District in downtown Columbus, was a stop on the Underground Railroad. The house is furnished to represent the time period from 1850-1900. Within the house is the Underground Learning Station where interactive presentations on the abolitionist movement are available. The house is open for tours and the garden can be rented for events. 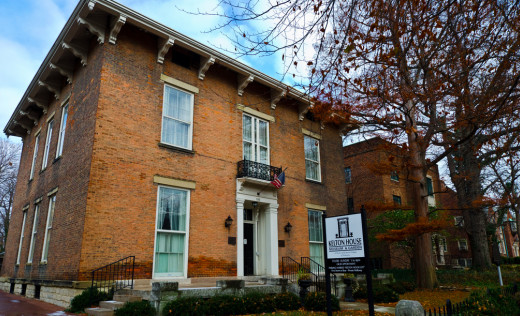 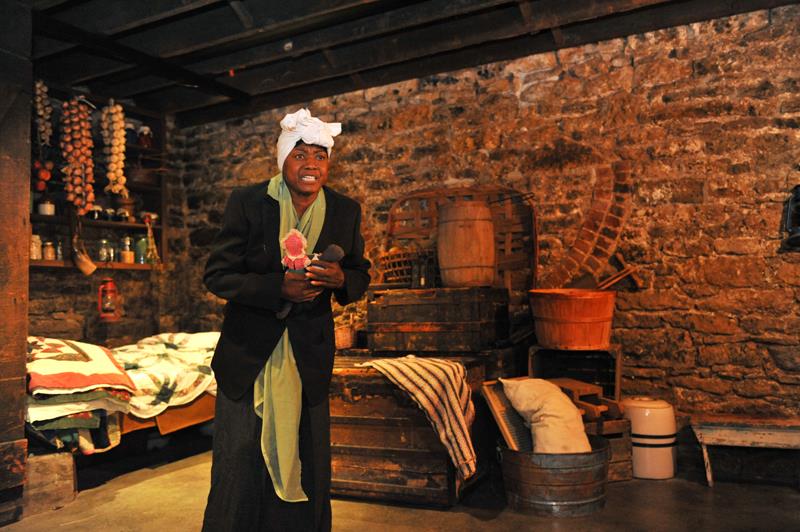 Fernando and Sophia Kelton built their home on Town Street in Columbus in 1852. Fernando had come to Ohio from Vermont. He was a prominent merchant in Columbus. He and his wife were staunch abolitionists and it is believed that their house was a stop on the Underground Railroad.
The Underground Railroad was an informal collection of safe houses in the northern states that functioned from the early 1800s through the Civil War as an unofficial route to freedom for runaway slaves. Even though slavery was outlawed in northern states such as Ohio, because of the Fugitive Slave Acts a runaway slave could be captured anywhere in the United States and returned to his/her owner. A runaway was only truly safe in Canad or Mexico. Those helping the slaves could be fined or imprisoned. One route had runaways coming from the Ohio River north through Chillicothe to Circleville, Columbus, Worthington, Westerville and further north toward Lake Erie. Cities with safe houses along the lake were Ashtabula, Painesville, Cleveland, Sandusky and Toledo.
From Kelton House programming you can learn the story of runaway slave Martha Hartway. Sophia found Martha and her sister one day in 1864 hiding in the bushes. Both girls wanted to continue on to Canada but Martha was too sick. She stayed with the Keltons through the end of the Civil War and beyond.
The Kelton family is also notable for other reasons. Fernando was selected to be a pallbearer for President Lincoln's body when it passed through Columbus on its way to Illinois. His daughter-in-law was one of the first four women to attend Ohio State University. The last owner, Grace Bird Kelton, was one of the first individuals to make a living as an interior decorator.

This tour takes users to a variety of museums that are each located within a few miles of the center of Columbus, starting with the museum of the Ohio History Connection (formerly known as the Ohio Historical Society). The tour includes the museum at the state capitol, COSI, the Central Ohio Fire Museum, and many others. Those wishing to explore further should consider visiting the Ohio Railway Museum, Early Television Museum, and Motts Military Museum which are located along the interstates that surround the city center.