The Japanese Garden Society of Oregon is a private, not-for-profit organization funded entirely by donations, membership, memorials, grants, and gate admissions. It was formed in the early 1960s by Portland citizens interested in promoting a more intimate relationship between the peoples of Japan and our city and state. In 1958, Portland became a sister city to Sapporo, Japan. This created a broad interest in Japanese culture. Soon after, several business leaders and Mayor Terry Shrunk decided it would be wonderful for Portland to have a traditional Japanese garden. 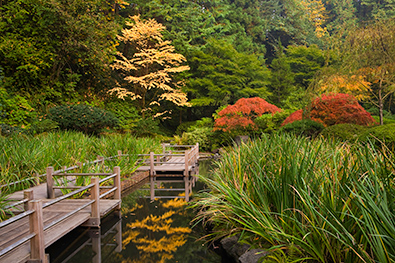 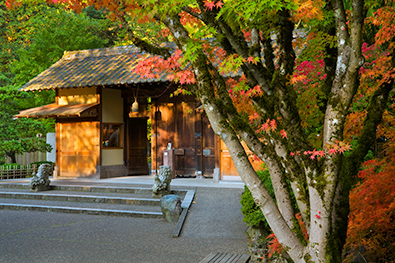 The Portland Japanese Garden is composed of five distinct garden styles that cover 5.5 acres. The five styles are Flat Garden, Strolling Pond Garden, Tea Garden, Natural Garden and Sand and Stone Garden.Three of the essential elements used to create the garden are stone, the "bones" of the landscape; water, the life-giving force; and plants, the tapestry of the four seasons.

The Portland Japanese Garden began in 1963 and officially opened in 1967. It has consistently been named as one of the best Japanese Gardens in the United State as well as outside of Asia. It reopened in the spring of 2016 after a six month closure for an  expansion. The expansion, which was met with some sadness and disappointed by the surrounding neighborhood, is expected to take two years to complete. One show-stopping addition is the new castle wall built by Suminori Awata, a 15th-generation Japanese stonemason.

The Portland Japanese Garden offers guided tours, special memberships and photographic opportunities, a variety of special events throughout the year and even an authentic Japanese tea house. It draws about 300,000 people annually.