The American Institute of Pharmacy Building, located on Constitution Avenue, serves as the headquarters for the American Pharmacists Association. Originally built in 1933, the building sports a neo-classical architectural style in marble, designed by famed architect John Russell Pope, and is noted for standing out amidst the greenery surrounding it. The building has undergone numerous renovations and expansions over the years in order to include a variety of facilities, ranging from laboratories and numerous offices to a museum and library. In 1977, it was added to the National Register of Historic Places.

A street view of the Pharmacy Building. 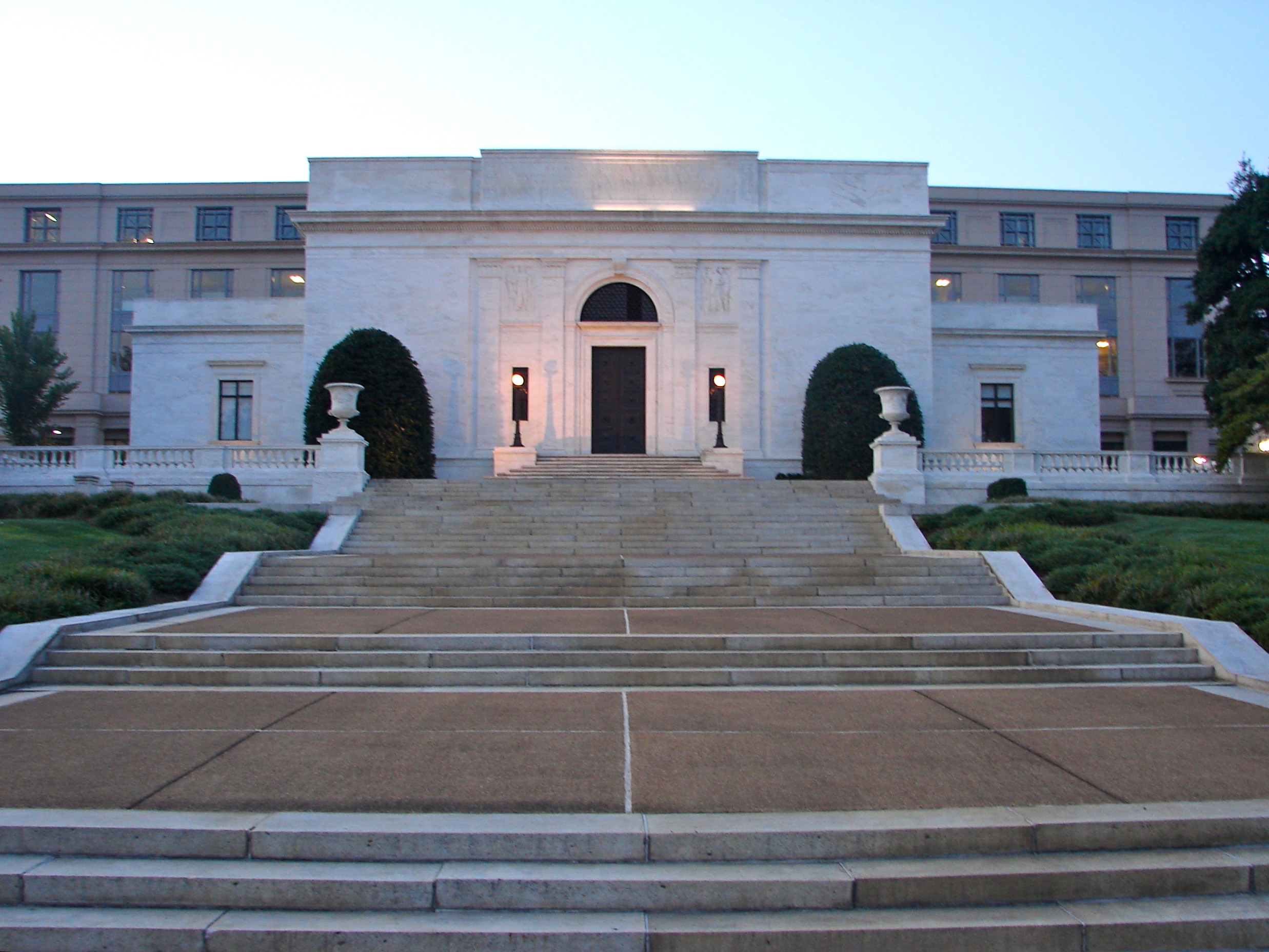 The American Institute of Pharmacy Building was designed and constructed as a part of the McMillan plan of 1901, with its initial purpose to serve as an extension of the National Mall to the Potomac River. Though the McMillan Plan was passed in 1901, construction on the Pharmacy Building did not begin until 1932, around the end of the Plan’s execution. Construction of the building progressed smoothly in part because the project was entirely funded by members of the American Pharmaceutical Association, and also because the building’s Architect, John Pope, and the American Pharmaceutical Association cooperated with the national Capital Park Planning Commission and the Commission of Fine Arts consistently throughout the planning and actual construction stages of the project. In 1933, construction of the building was complete, and the building held a dedication ceremony on May 9th of 1934.

As the Pharmacy Building was located on the National Mall amongst numerous national monuments, the APhA took pride in maintaining the stately appearance of the building, and continued to do so though their coming years of renovations and additions. In 1959, the APhA opted to add an annex behind the original structure, and much like the Pharmacy Building itself, the annex took only a year to design and construct, opening and being dedicated the following year. Further plans for renovations were introduced in 2001, involving the purchase of land behind the building and the addition of a new structure to the Pharmacy Building complex. The new building was completed and dedicated in 2009, with the ceremony’s intent to “[recall] the purpose of pharmacy — to bring hope, help, and health to people."