The Battle of Valcour Island, also known as Battle of Valcour Bay, was fought on October 11, 1776. American forces moved south from Montreal after a crushing defeat at Trois-Rivières. Having his army plagued with low ammunition, no shelter, and diseases, General John Sullivan was replaced by Major General Horatio Gates. After spending the summer building a fleet, General Benedict Arnold led his troops behind Valcour Island in hopes of gaining positional advantage on the British. After being outgunned, Arnold was forced to create a plan of escape during battle. Utilizing the darkness and fog, Arnold successfully retreated his men to Crown Point. The Americans lost 80 men, with 120 captured, and 11 of 16 vessels sank or destroyed. 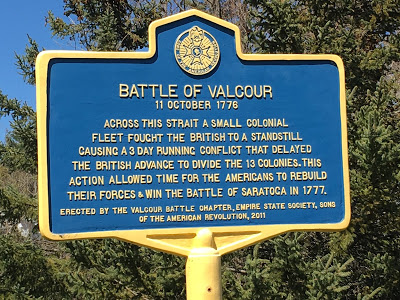 Artist's depiction of the battle. 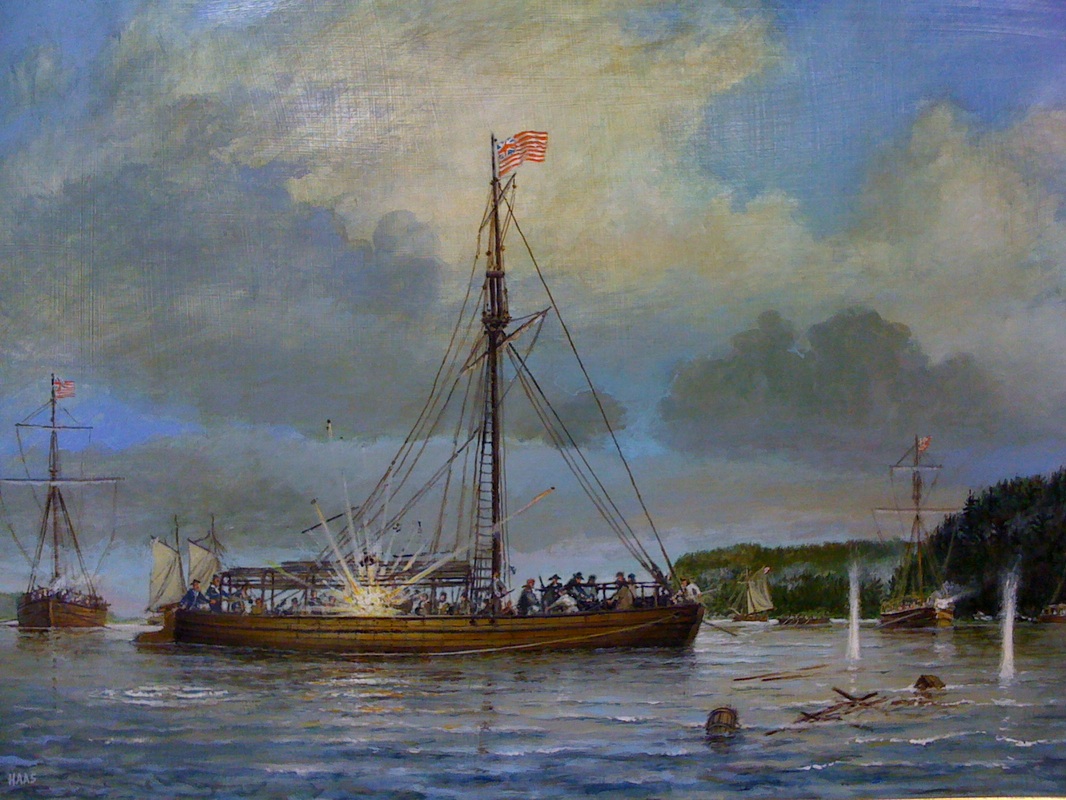 Following the loss of Quebec, American forces opted to retreat to Montreal to evade British reinforcements, coinciding with American reinforcements led by General John Sullivan also entering Canada. On June 8, Sullivan attacked British forces at Trois-Rivières, leading to a miserable defeat.[1] This led to Sullivan's retreat up the St.Lawerence. Sullivan was convinced by Brigadier General Benedict Arnold to take the remainder of their forces south down the Richelieu. The Americans landed in Crown Point on the western shore of Lake Champlain, destroying all resources that could potentially aid the British. After the fragments of Sullivan's army was found to be lacking shelter, ammunition, and harboring various diseases, Sullivan was replaced with Major General Horatio Gates.

After working through the summer and enlisting the help of upstate New York shipwrights through offerings of extra pay, the American managed to build three 10-gun galleys and eight 3-gun gundalows. At the end of September, General Benedict Arnold began to anticipate the arrival of more powerful British fleets. He positioned his inexperienced fleet behind Valcour Island in hopes of gaining a positional advantage in battle. On October 11, Arnold sent out his ships Congress and Royal Savage in order to draw the attention of the British fleet. After exchanging gunfire, Congress was able to return to position, while Royal Savage battled headwinds, leading to the Americans abandoning the ship on the southern tip of the island, and the ship being boarded by the British. Facing treacherous winds, many of the British boats were unable to assist Sir Guy Carleton in the battle against the Americans, leading the Americans to focus fire on Carleton. Late in the battle, British ship Inflexible joined the fight and began picking away Arnold's forces.

Seeing no other option, Arnold began to plan an escape route to Crown Point. Utilizing the darkness and fog, he successfully maneuvered the Americans past the British line, reaching Schuyler Island. Carleton angrily pursued the Arnold after discovering his escape, forcing the slow moving Arnold to abandon his battered ships. The Americans lost 80 men and suffered 120 captures during the battle in addition to 11 of 16 vessels, while British forces lost 40 men and 3 gunboats.