The E. J. O'Donnell residence embodies the distinctive Arts and Crafts characteristics and high artistic values of Richard Sundeleaf, a distinguished architect of 1930s to 1940s Oregon. The building was added to the National Register of Historic Places in January 1994. 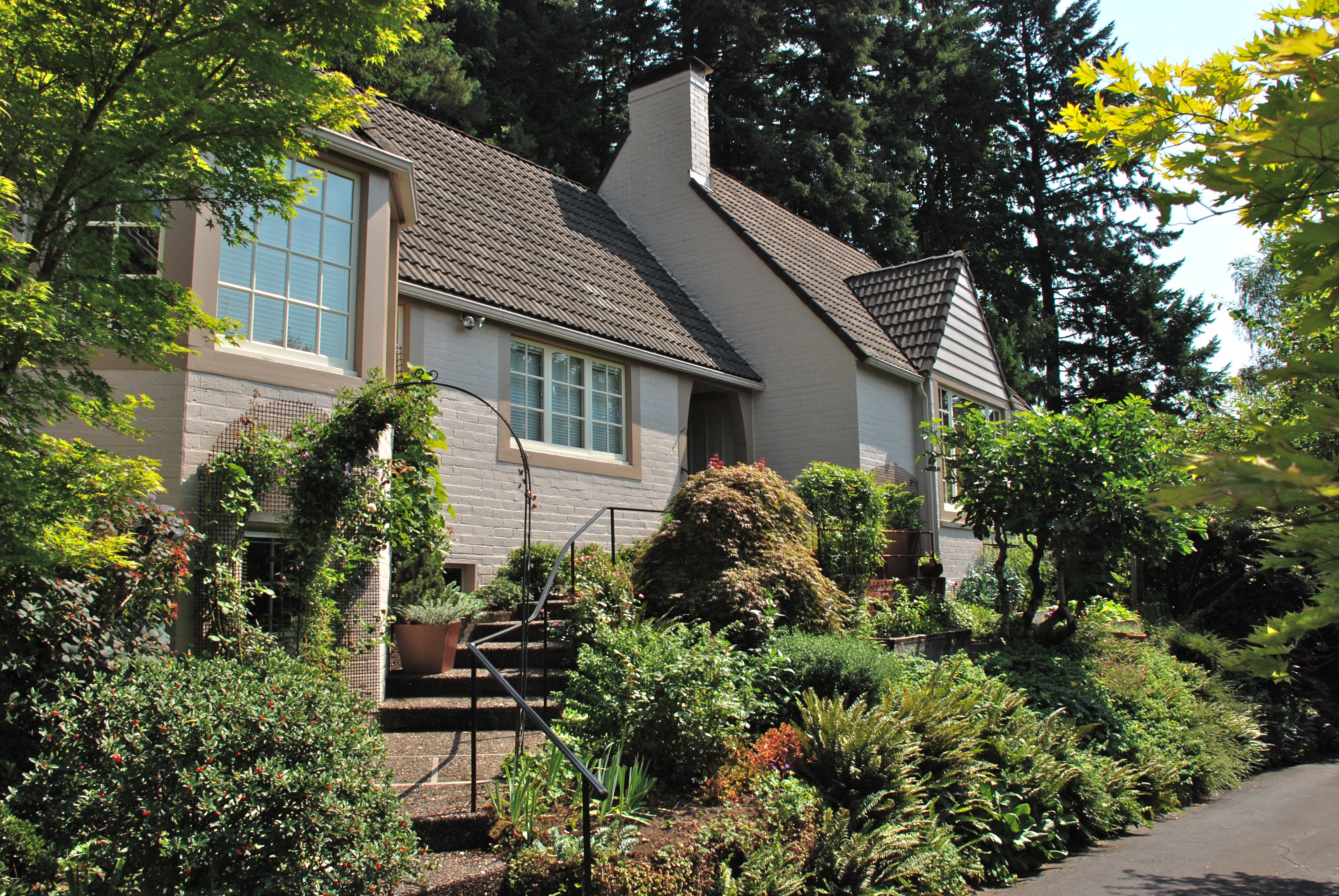 The residents of this home were Edward J. O’Donnell, his wife Agnes, and their children Rose Mary Freeman, Robert R., and Terence O'Donnell (who later became a well-known author and lecturer of Middle East Studies at Portland State University). Edward O’Donnell was from Breckin, Ontario, and after moving to Portland became a successful Guernsey cattle breeder and owner of the Maplewood Ice Cream Company. He lived in the house from 1940 until his death in 1955. The renowned Portland architect Richard W. Sundeleaf was commissioned to build their home upon a one acre, irregularly shaped plot of land above Hewett Boulevard. A graduate in architecture from the University of Oregon, some of Sundeleaf’s best known works include the Jantzen Knitting Mills, the Mailwell Envelope building, Oregon Portland Cement factory, and Francis-Hopkins Motor showroom.

Nestled in a secluded location of the Green Hills district, and framed by thick woodland, the house boasts a commanding vista of the Tualatin Valley. Green Hills was an historic demesne owned by the Davenport family from the 1860s. In the 1880s they began to clear and sell parcels of their land to wealthy citizens from Portland. Construction finished began in 1938 and took two years to complete.  The house is set upon a solid and finely worked brick terrace, and is encircled by a retaining wall of carved basalt slabs. Terence O’Donnell was permanently restricted to a wheelchair for most of his youth by his osteomyelitis, so Sundeleaf constructed their home on a single level, with widened doorways. The structure was built according to a unique synthesis of architectural styles, with elements of the Norman Country House Style, of Northwest Style English Cottage architecture, and characteristics of the Arts and Craft tradition. It has casement sash windows made of wood, and a steeply sloped gable roof with wooden overlapping shingles. The walls are masonry and painted white, with bricks laid in common bond with joints of half an inch.

Entrance is via a recessed red brick porch, bordered on the façade side by wide timber posts and a bracketed beam. The front door leads into a transverse gallery paved with red quarry tiles, which crosses the entire length of the building. Bookcases are recessed into the wall below each window along this gallery. A shower, restroom, kitchen, and laundry room are all accessed from one end of the gallery, with the living room, four bedrooms, and garage on the opposite side of the building in a wing that is set at a right angle from the gallery orientation. A brick and timber porch of similar design to the side of the house is located at the rear as well, accessed via a Dutch door in the living room. The interior has some particularly fine architectural items, including a fireplace faced with red quarry tiles and a brass-framed glass fireguard, white oak floor boards, and a variety of built-in furnishings. Stairs from the gallery and a door from the subterranean garage each provide access to the home’s simple basement.

The O’Donnell House is in an excellent state of preservation; its exterior remains almost unchanged since it was first built, and likewise its interior contains many original elements. The only significant alterations made during the building’s lifetime were the painting of the exterior walls, and the refurbishment of the unfinished attic, which is today used as accommodation and a recreational space.