On March 4, 1960, students from Texas Southern University marched from their campus to Weingarten Supermarket and conducted a sit-in at the white-only lunch counter. This was Houston's first major sit-in and was one of several sit-ins taking place throughout the South in the wake of the Greensboro sit-ins that began on February 1st.

Students sitting at the counter during the protest 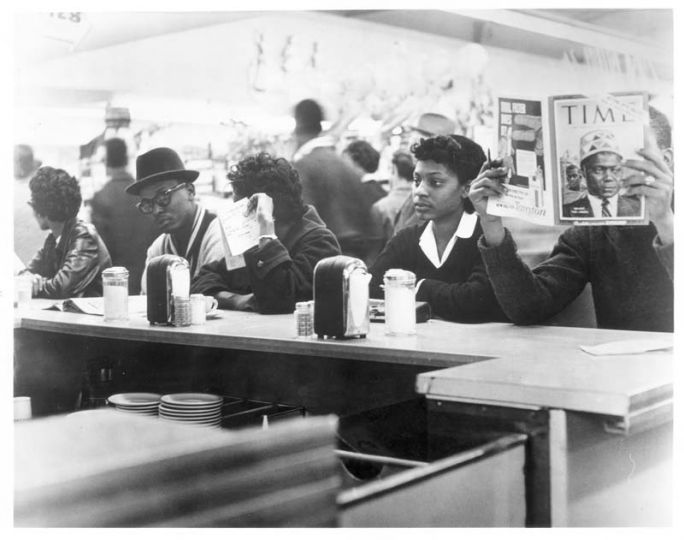 The Civil Rights Movement essentially began in 1955 when Rosa Parks refused to move from her seat to the back of the bus on which she was a passenger. Five years later, as stated above, the first sit-in occurred at a Woolworth's in Greenboro, North Carolina.

Seventeen students began met on Texas Southern University's campus and began a 45 minute walk to the sit-in location, what was then a grocery store called Weingarten (it is now a U.S Post Office). Along the way, others joined them. Like other sit-ins around the country at the time, they were insulted and sat for several hours without being served. Their efforts eventually worked: by the end of the year most of Houston's businesses were desegregated.