The Alfred I. DuPont building was one of Miami’s first skyscrapers and was added to the US National Register of Historic Places on January 4, 1989. It was built in 1939 and is 260 feet tall, with 21 floors. The building's construction symbolized Miami’s recovery following the Great Depression, as it was the first skyscraper built after the economic boom of the late 1920s. The building was named after the owner of the Florida National Bank, an important tenant in the building during its early years. 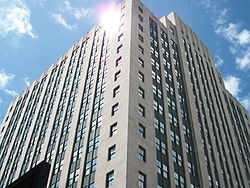 Interior of the Alfred I. DuPont building 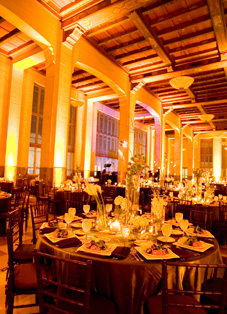 Historical elevators in the Alfred I. DuPont building 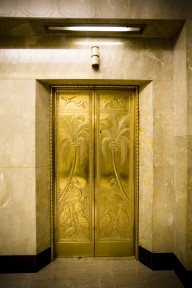 Streamline Moderne book-learn more about this book and architectural style by clicking the link below. 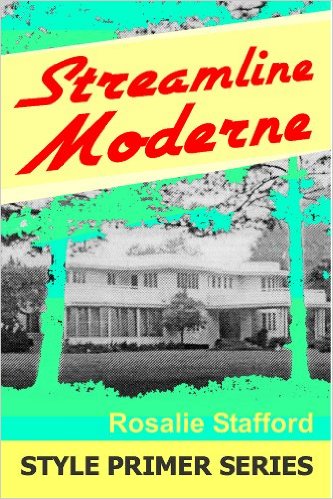 The DuPont building is Miami’s only Art Deco skyscraper and was built in the style of Depression Moderne architecture. Moderne style is a later form of the Art Deco style that came into existence during the thirties. Due to the Great Depression, industrial designers began to favor streamlined design over the ornamental design of earlier Art Deco work. Industrial design refers to the process of designing products for mass production.

The DuPont building’s interior includes motifs inspired by Seminole Indian design and designs inspired by local flora and fauna. The building has served many purposes over the years, including the Fleet Headquarters for the 7th Naval District during World War II. During this time, it began being called the “USS Neversink.” Since 2001, the space has been used as a special events venue. The building underwent a two-year restoration project that was completed in 2005.