The Bass (Formerly the Bass Museum of Art)

With a collection of contemporary art, European fifteenth through twentieth century paintings and textiles, and much more, The Bass draws visitors with appetites for the rare and eclectic. Since its founding in 1963, the museum has brought international fine arts straight to Miami Beach and expanded its historical Art Deco building to more than 35,000 sq. ft., making it one of the architectural wonders of the area. Japanese woodblock prints, Asian sculpture and ceramics, Rococo court paintings, nineteenth century landscapes, Latin American paintings, sixteenth century French tapestries, are just a few of more than three thousand pieces that make up the Bass' permanent collections. The Bass also features a variety educational programs, which are often considered some of the best museum programs in Miami.

Outside of the Bass Museum of Art

Entrance to the Museum 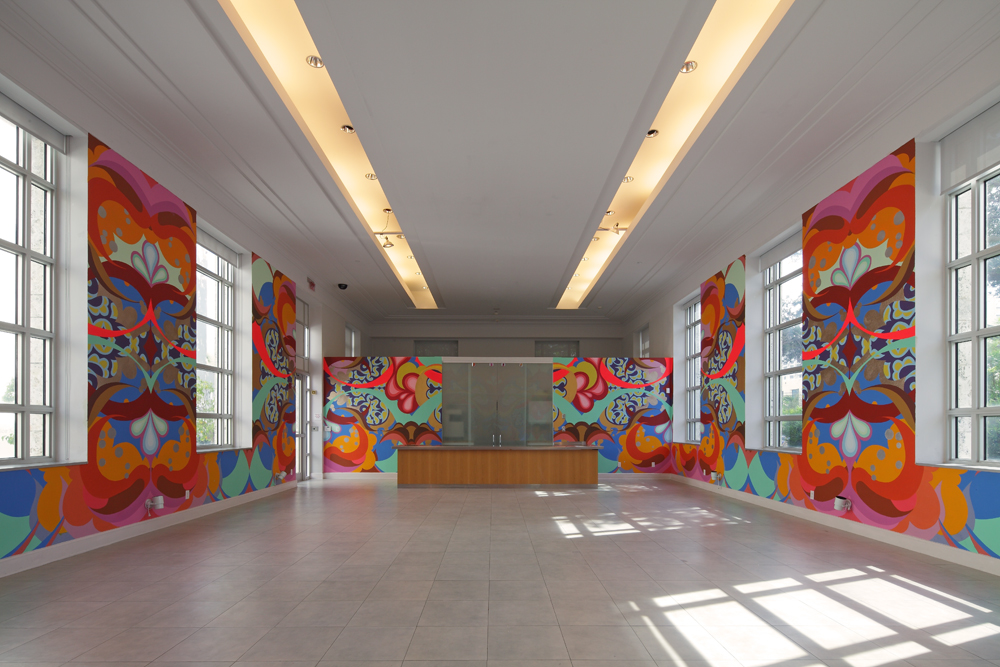 Examples of the Artwork Featured at the Museum

The Bass traces its history back to its founding in 1963, when the City of Miami Beach accepted a large donation of both money and art objects from the esteemed private collection of local residents, John and Johanna Bass. Objects donated numbered over five hundred works and included Old Master paintings, decorative objects, and textiles. As part of their donation, the Bass couple stipulated that an art museum be opened using the collection. The museum was founded immediately in 1963 and a location was found soon after. The Bass Museum of Art opened its doors a year later in the 1930s Art Deco building that previously housed the Miami Beach Library and Art Center. Designed by renowned Miami architect Russell Pancoast, the 1930s building is an emblematic example of a public Art Deco building. Made from native oolitic limestone, a local bedrock, the building features a low, blocky profile. Decorative motifs on both the interior and exterior of the building recall Egyptian tombs, Minoan palaces, and Roman temples. Sculptor Gustav Bohland designed bas reliefs and stone gargoyles for the exterior of the structure. Like the building material, the gargoyles also suggest a regionalized style, as they are fashioned after native creatures like seagulls and alligators. The Miami Beach Library and Art Center was the first public art exhibition space in South Florida.

John Bass oversaw museum operations as director until 1978. Over the next several decades, the Bass Museum of Art expanded its holdings, developed a scholarly archive, and obtained accreditation from the American Association of Museums. Furthermore, exhibitions began to reflect increasing interest in modernization. Though works from prior centuries still hung prominently in the museum, they now hung alongside more avant-garde and contemporary works. As the museum attracted thousands of visitors every year due to its globetrotting collection, the museum doubled its size from 15,000 to 35,000 square feet to accommodate the growing collection in 2001. A new wing was added, and several older spaces were reconfigured. This addition was designed by famed architect Arata Isozaki. In 2009, the museum transformed into a non-profit organization thanks to increased support from the city of Miami and the Knight Foundation. In 2015, the museum temporarily closed its doors as part of a complete overhaul of the space. Architect David Gauld oversaw the redesign in consultation with Isozaki. Though the changes added no new additions, the renovation led to a fifty percent increase in programmable square footage purely through reclamation of space. As part of the project, an educational facility was built. It is the largest museum education space in Miami. The Bass Museum of Art reopened in 2017 and began marketing itself as simply “The Bass.”

The collection of art displayed at The Bass includes important works from around the globe ranging from the Renaissance to the modern era. The original donation from John and Johanna Bass included quintessential works from Old Masters as well as over five hundred European works from the fifteenth to the early twentieth century. Some major figures with works in the museum include Cornerlis van Haarlem, Peter Paul Rubens, Benjamin West, and Armand Guillaumin. The Bass’ donation also included many textiles and sculptures. One of the most significant pieces in the museum is the sixteenth century Flemish tapestry titled “The Salute Before the Tournament,” which was once part of Henry VIII’s collection at Knole House in England. Due to John Bass’ upbringing in Austria, The Bass holds one of the most expansive collections of Austrian paintings in the United States.

Nowadays, the Bass Museum of Art continues to expand its collection while also reinvigorating its vision by offering the public more exhibition and educational programs. The focus of the museum is primarily on acquiring and exhibiting contemporary. Several permanent sculpture installations — Sylvie Fleury’s “Eternity Now,” Ugo Rondinone’s “Miami Mountain,” and Pascale Marthine Tayou’s “Welcome Wall,” to name a few — help diversify the museum’s grounds and lobby. Classical pieces in the collection continue to be displayed and exhibited, typically in the context of temporary contemporary exhibitions. In addition to its acclaimed collection of paintings and other works of art, The Bass stands as one of the premier educational centers for art in Miami. In fact, the museum’s vision is to stimulate creative interpretation of contemporary art that encourages further inquiry and exploration. Thus, to provide greater artistic enlightenment in the community, the Bass Museum of Art offers a cutting-edge education program spanning from group tours to public programs, such as through art clubs, the “Beats After Sunset” on the beach, the ARTTALKS@thebass: Lecture Series, and more.

This tour includes many of Miami's leading arts and cultural institutions, including the newly-renovated Museum of Art and Design at Miami Dade College. Be sure to hit the directions for driving in order to see directions to the nearest bridges rather than being directed to options for pedestrians. In addition to museums and galleries, the tour also includes murals, arts districts, permanent installations of public art, and a handful of landmarks related to arts and culture. If you have an account in Clio, you can customize this tour to fit your interests and schedule. Enjoy Miami!