The Equitable Building, located at the southeast corner of Seventeenth and Stout Street in the central business district, was one of the structures that helped earn Seventeenth Street the nickname “Wall Street of the West”. A luxurious example of Italian Renaissance Revival architecture adapted to the needs and technology of the 1890s, this nine-story office building was the tallest building in Denver from 1892 to 1911, when the Daniels & Fisher tower overtook it. The building has been home to many law offices over the years, including that of Mary Lathrop, who practiced law in Colorado from 1897 until her death in 1951. In 1918, Mary Lathrop became one of the first two women admitted to the American Bar Association.

The Equitable Building, Denver's tallest building from 1892 to 1911, stands on a section of Seventeenth Street often known as the "Wall Street of the West". 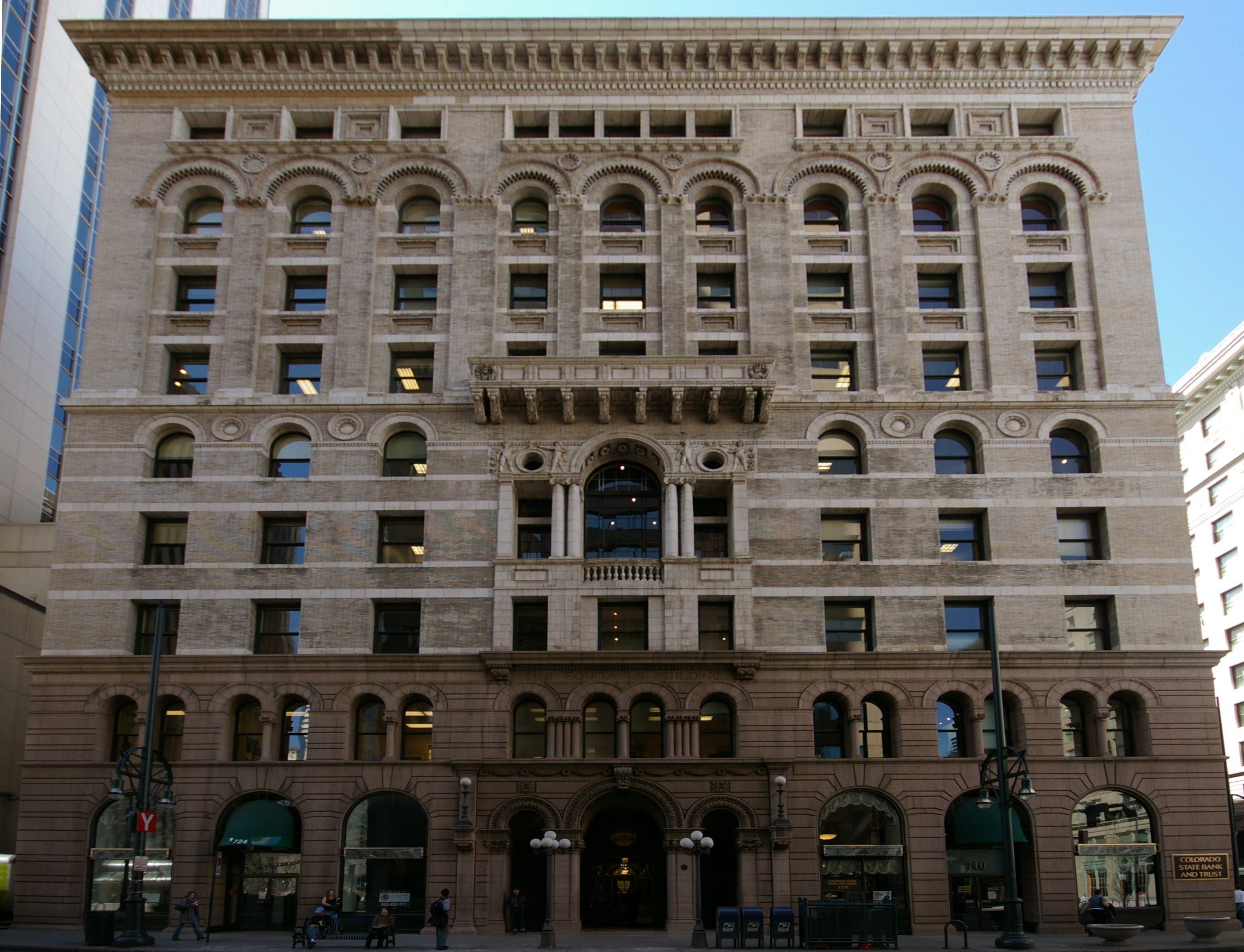 Mary Florence Lathrop, 1865-1951. The first woman to practice law in Colorado and the one of the first two women admitted to the American Bar Association. 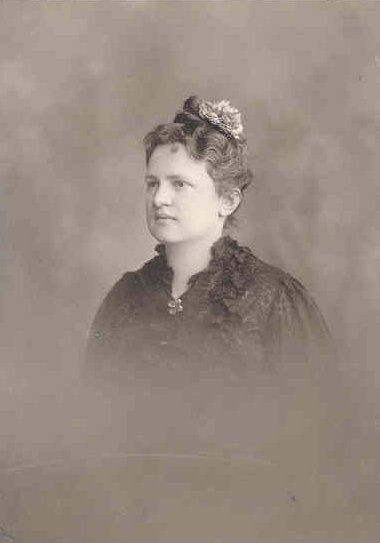 The letter "E" appears is used as a decorative motif throughout the Equitable Building. Photo by Paul Sableman. Licensed under Creative Commons. 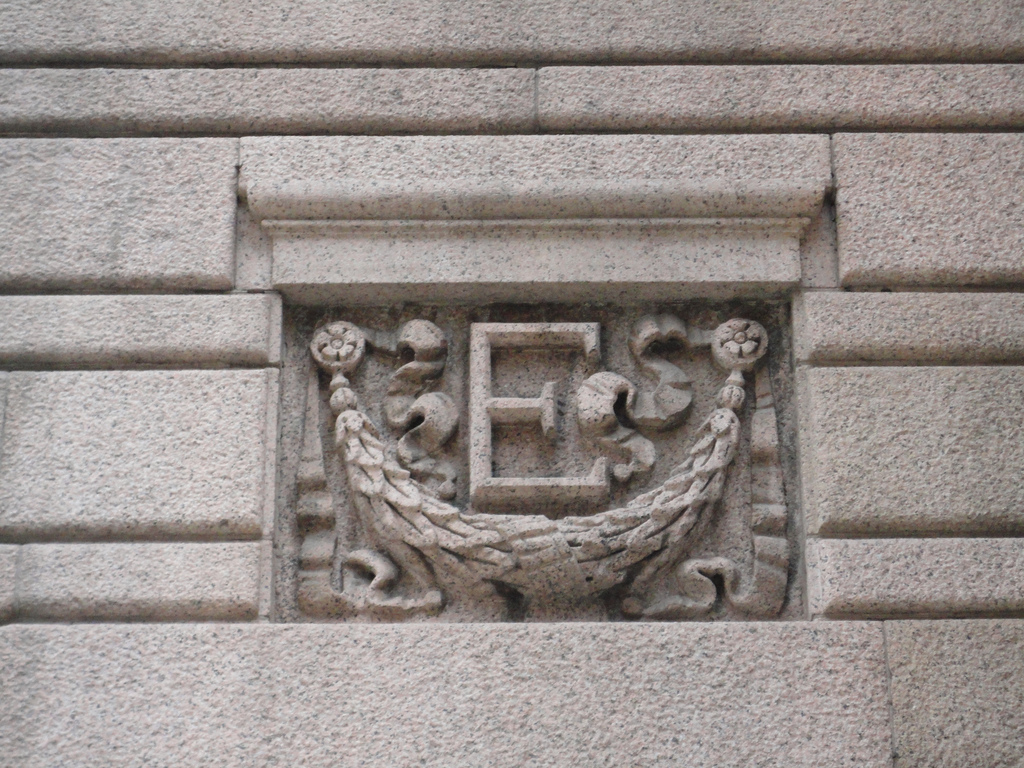 The floor plan of the Equitable Building resembles two "E"s placed back to back, as this view from Stout Street reveals. Photo by Paul Sableman. Licensed under Creative Commons. 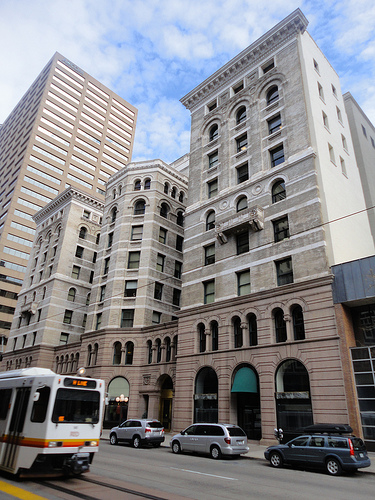 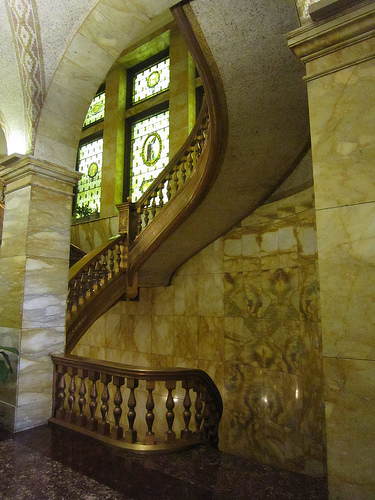 The nine-story Equitable Building, completed in 1892, reflects the growing city’s determination to take its place on the national stage. Built for the Equitable Assurance Company at a cost of $1.5 million, the Equitable Building was designed by the Boston firm of Andrews, Jacques and Rantoul in the Renaissance Revival style. Many details, including the massive street-level base of rusticated Pikes Peak granite punctuated by Roman arches, and the naked “amorini” standing far above the street under ornately carved balconies, recall the urban palazzi of Renaissance Italy.

The building’s interior is equally ambitious, lavishly appointed in various imported marbles, with brass and iron stair railings, stained glass windows (including some by Tiffany), and mosaic ceilings bearing Byzantine motifs.  Said by its builders to be completely fireproof, the Equitable Building was an example of modern luxury in a historical style. The Equitable Assurance Company’s role as patrons is commemorated by the use of “E”s as a repeated element in the building’s decoration, and in the design itself: seen from above, it is shaped like two capital “E”s placed back to back, with the deep bays between the “bars” providing plentiful light and ventilation.

Unfortunately, the building opened only a year before the silver panic of 1893, which devastated Denver’s company. The building still enjoyed high-profile occupants as the governor of Colorado, who kept offices in the building until relocating to the new state capitol building in 1896, but it was years before lease rates returned to their initial levels.  Eventually, the building became home to many of downtown Denver’s law practices, as it still is today. In the words of Colorado historian Tom Noel, subsequent skyscrapers have left it “overshadowed, but not outclassed”.

Among the lawyers who worked from the Equitable Building was Mary Florence Lathrop, the first woman to practice law in Colorado. Law was actually Lathrop’s second career; as a young journalist she had traveled the country covering the events of the day. After her coverage of attacks against Chinese laborers in San Francisco earned her the praise of the Chinese government, her editors even sent her to China.

But the life of a traveling correspondent took its toll on Lathrop, and she fell ill with tuberculosis.  At that time, the sunshine and dry air of Colorado were widely advertised as bringing relief to sufferers, and Lathrop became one of the many “lungers” to settle in Colorado for health reasons. Recovering her health, Lathrop decided that the law would provide a more settled life than journalism, and soon graduated first in her class from the University of Denver’s law school, passing the state bar exam with flying colors in 1896.

In 1897, Lathrop began her practice, despite the scorn directed at her by male colleagues who felt the law was a man’s preserve.  Aomng many firsts, Lathrop was the first woman in Clorado to establish a law office, the first to be admitted to practice in the U.S. District Court in Coloraado, and the first woman to argue before the Colorado Supreme Court. Specializing in probate law, Lathrop developed a substantial practice and became a prominent figure in Denver’s legal circles. Her arguments in the case of Jackson v. Hallett helped establish Colorado laws regarding charitable bequests.

In 1918, she became one of the first two women admitted to the American Bar Association, alongside Mary Belle Grossman of Ohio.Lathrop continued to practice until her death in 1951, at the age of 85. According to one biographer, she furnished her offices in the Equitable Building with rocking chairs, and wore a lacey apron as she carried out the work of her pioneering practice.