Cummins Station was the largest concrete-reinforced terminal station in the world when it was completed in 1907, as well as the building in Nashville to use concrete as a structural element [2]. Built on the Cumberland River and Nashville's L&N railroad lines, the station served as a warehouse and commercial center [1; 2]. The four-story building's architectural character has been preserved through adaptive reuse development; now, it houses non-profits and community-oriented businesses, promoting sustainability and community outreach [1]. It has been listed on the National Register of Historic Places since 1983. 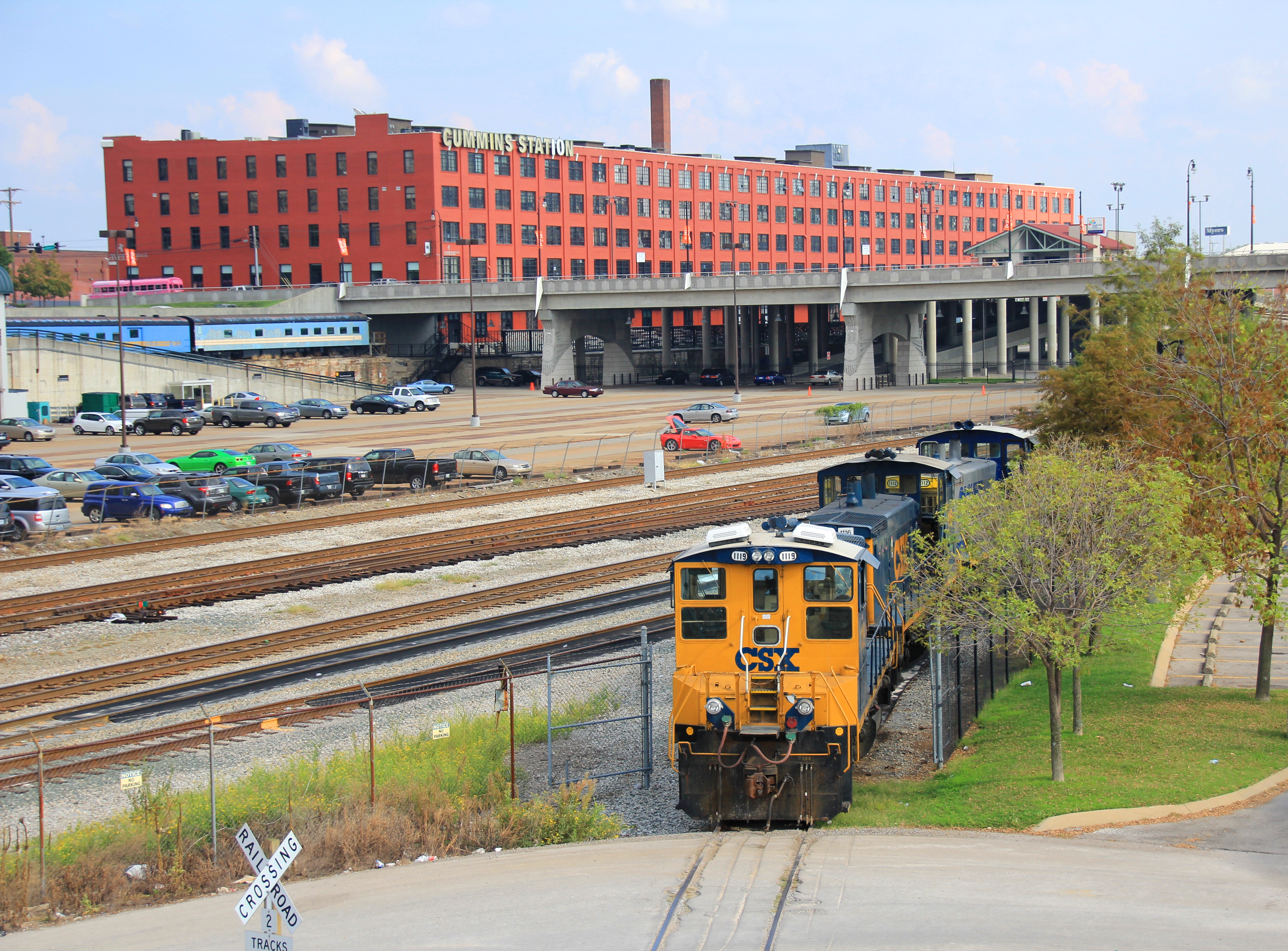 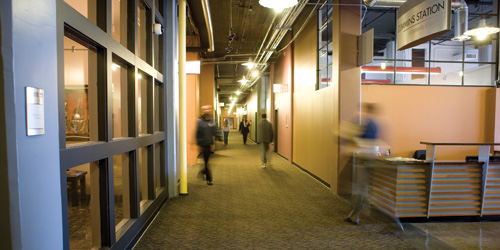 Interior in 1983 (image from the National Register of Historic Places) 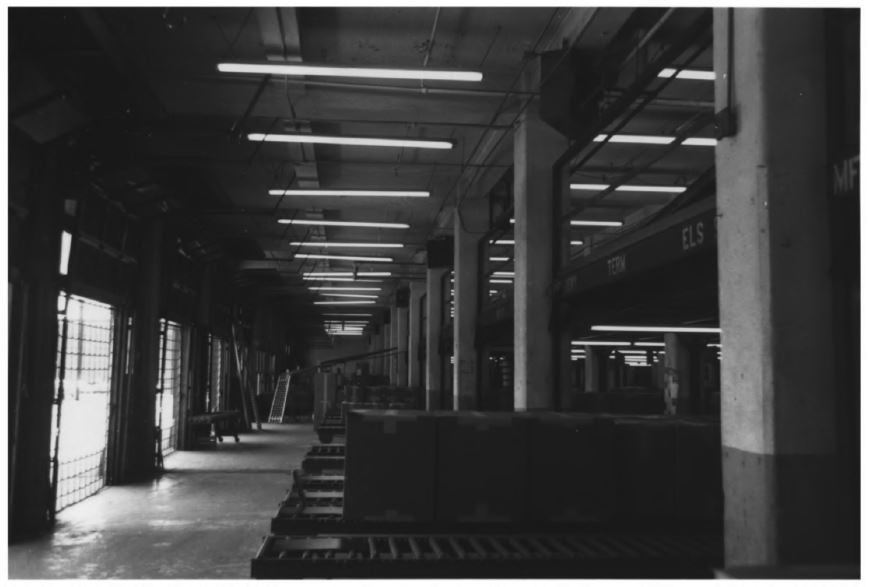 A Brief History of Cummins Station

As Nashville prospered after the opening of Union Station in 1900, businessman William J.  Cummins formed the Wholesale Merchants Warehouse Company and began planning a substantial building to be erected nearby. Construction began in 1906 and was completed in the spring of the following year. It was the largest concrete-reinforced terminal station in the world when it was completed in 1907, as well as the largest building in Nashville to use concrete as a structural element. A promotional celebration was held at the Maxwell House Hotel, with 200 guests attending, including Tennessee Governor M. R. Patterson and Nashville Mayor T. O. Morris. The concrete construction was one of the main selling points, as it was more fireproof and tended to keep rats at bay, according to the owners. This, combined with Cummins Station's strategic location near Union Station, the L&N tracks, and the Cumberland River, led to its early success [2].

Some of Cummins Station's tenants included leading Nashville businesses such as the Continental Baking Powder Company, the H.G. Hill Wholesale Grocery Company, wholesale hardware companies and candy companies, and distributors of perfume, radios, furniture, clothing, and appliances. The Cheek-Neal Coffee Company was one of the first tenants, moving from Second Avenue to Cummins Station in 1907. The house coffee of the Maxwell House Hotel, Cheek-Neal found its way to President Theodore Roosevelt while he stayed at the hotel, coining the slogan, "Good to the last drop," by which Maxwell House Coffee is still known. After the death of William Cummins in 1936, the Manufacturers Warehouse Company became the primary occupant of the station [2]. In 1993, the station was purchased and renovated for adaptive reuse [1].

Today, the National Register of Historic Places-listed Cummins Station is under the management of DZL Management, and once again serves as a base for business and commerce. However, the focus of the businesses is somewhat different, as the target tenants are non-profits, community and sustainability organizations, and community arts programs [1].