This historic redwood tree is over a thousand years old and the symbol of the city of Palo Alto. For at least four centuries, the tree has been a meeting place for Native inhabitants and settlers of European descent alike. It is also the symbol of the city of Palo Alto. This tree was identified by Don Gaspar De Portola and his men when they selected a place to camp during their 1789 expedition. A historic dedicated in 1926 by the Native Sons of the Golden West pays tribute to the historic redwood, named El Palo Alto by Spanish colonists.

This image of the famous tree in 1910 shows it suffering as a result of soot from coal-powered trains. 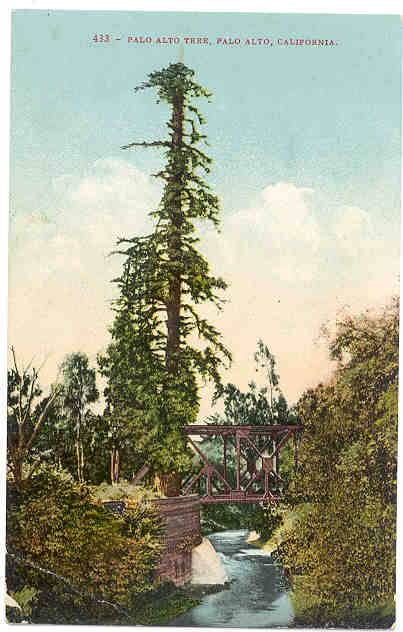 A recent photo of the tree 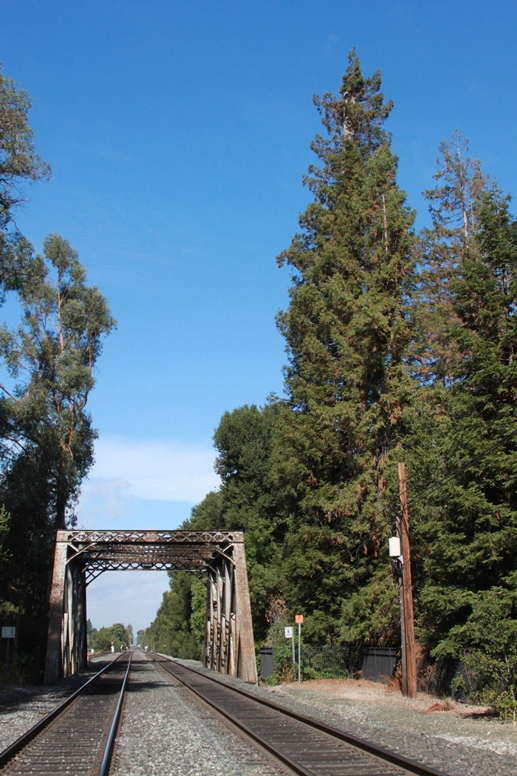 Dedication of the historical marker in 1926. 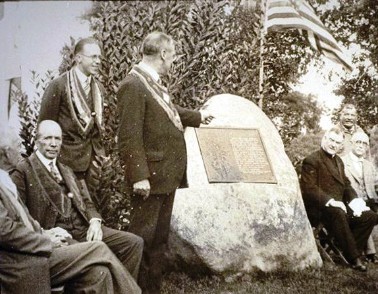 This image of the tree in 1875 shows what it looked like when it had two trunks. After the second trunk perished, naturalists were able to determine the tree was 960 years old by counting its rings. 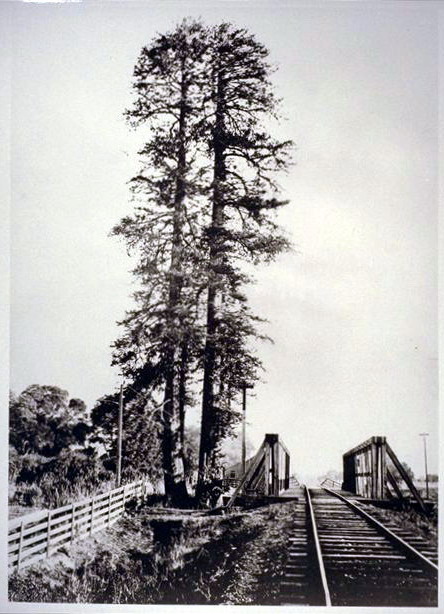 In historical photos and descriptions of the tree, El Palo Alto has twin trunks that grow from the same base. In the 1880s, one of those two trunks was destroyed in a terrible storm. The tree suffered from constant polution from coal-fired trains, and in the early 1920s, members of the local fraternal order Native Sons of the Golden West raised funds for a plaque honoring the tree. When they dedicated that plaque in 1926, most expected it would be the only reminder of El Palo Alto. However, the tree's health recovered thanks to efforts of the Leland Stanford family and many others throughout the years.