After the Civil War, Rockport became an important cattle ranching and shipping center. In 1866, James Doughty, T.H. Mathis, and John M. Mathis constructed cattle pens, with a long wharf that extended out into Aransas Bay from “Rocky Point” (the landmark from which Rockport gets its name). Cattle were shipped to New Orleans on the Morgan line. 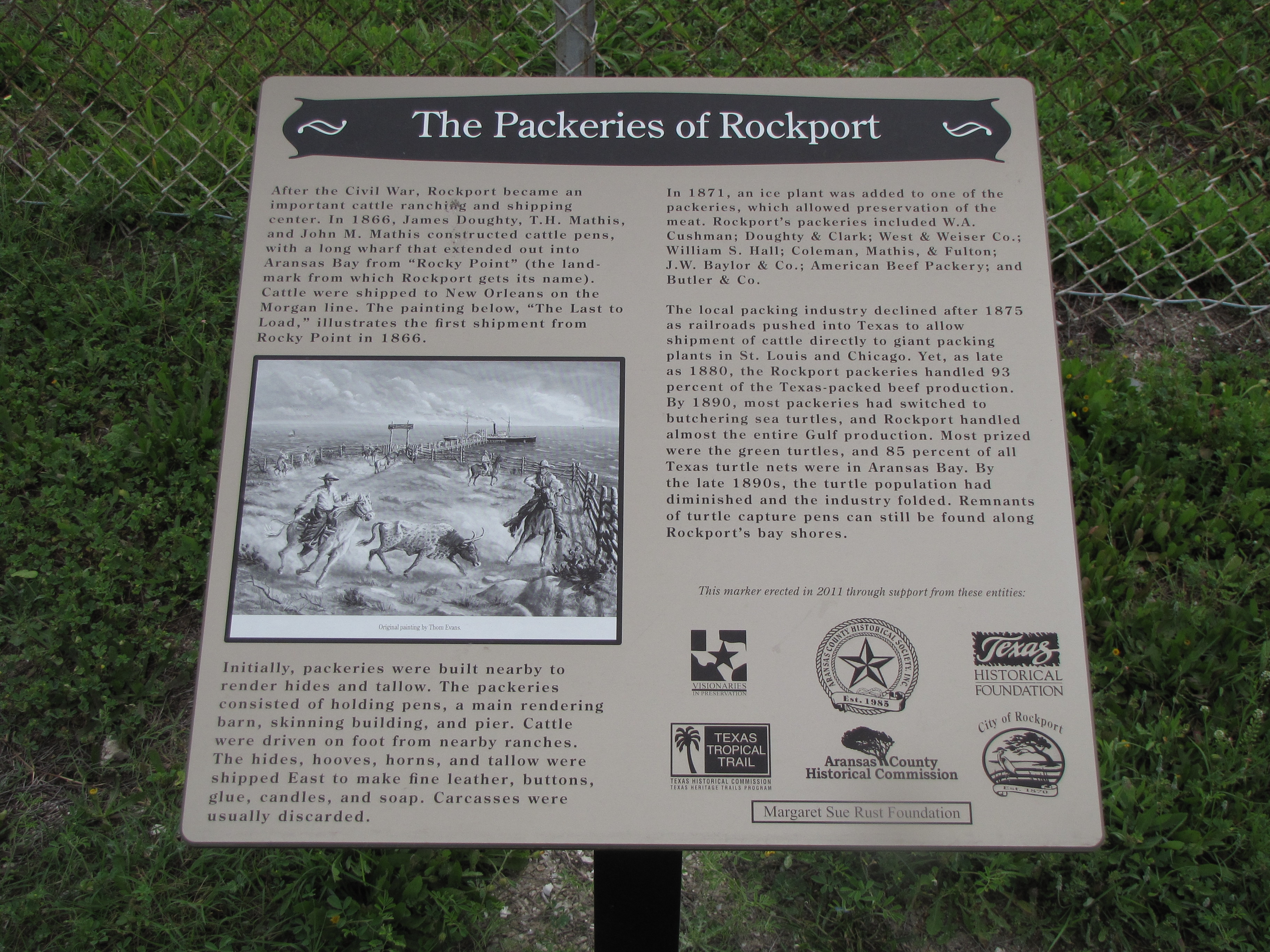 Picture of the grounds where the Packeries once stood Photo by Norman Frank, March 21, 2012 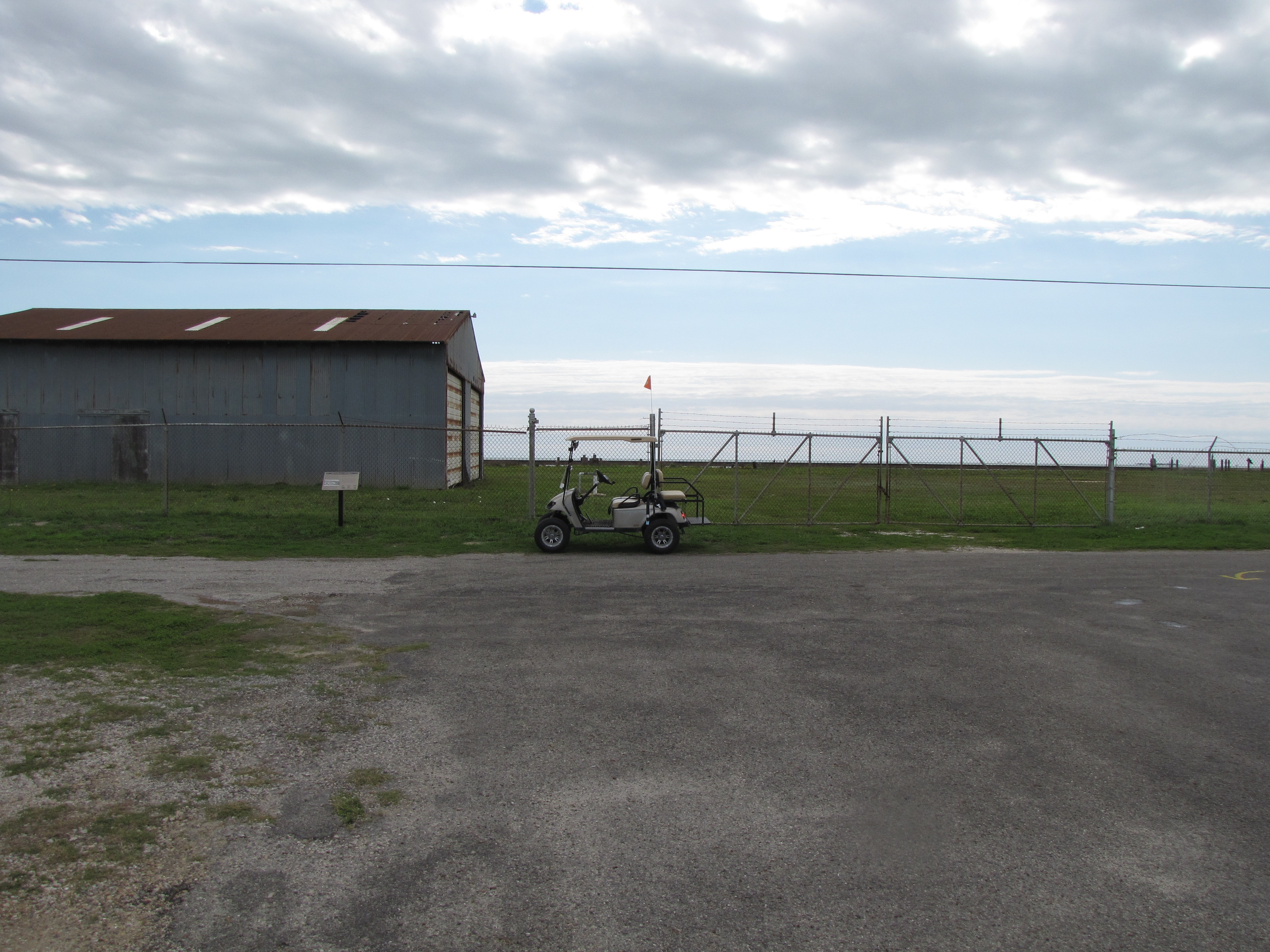 Initially, packeries were built nearby to render hides and tallow. The packeries consisted of holding pens, a main rendering barn, skinning building, and pier. Cattle were driven on foot from nearby ranches. The hides, hooves, horns, and tallow were shipped East to make fine leather, buttons, glue, candles, and soap. Carcasses were usually discarded.

The local packing industry declined after 1875 as railroads pushed into Texas to allow shipment of cattle directly to giant packing plants in St. Louis and Chicago. Yet, as late as 1880, the Rockport packeries handled 93 percent  of the Texas-packed beef production. By 1890, most packeries had switched to butchering sea turtles, and Rockport handled almost the entire Gulf production. Most prized were the green turtles, and 85 percent of all Texas turtle nets were in Aransas Bay. By the late 1890s, the turtle population had diminished and the industry folded. Remnants of turtle capture pens can still be found along Rockport’s bay shores.