The Aviation Museum is located in the historic art deco terminal that was built in 1937 as part of the Works Progress Administration (WPA) efforts to provide employment and support America's growing infrastructure. It is the only museum dedicated to aviation history in New Hampshire. As of July 2016, there are no full size airplanes on display but visitors will enjoy learning about New Hampshire's role in aviation history. In addition to exhibits and programming, the museum offers aviation history courses for students.

The Aviation Museum of New Hampshire building was constructed in 1937 and moved to its current location in 2004. 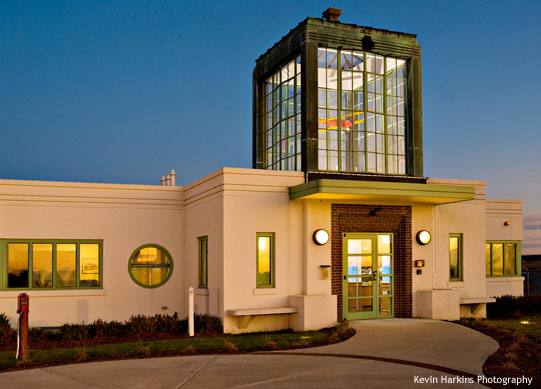 The building served its original purpose as an airport terminal from its construction in 1937 to 1995, when the Manchester Airport underwent an expansion. It was slated to be demolished but the New Hampshire Aviation Historical Society and the cities of Manchester and Londonderry agreed to save the building in 2004. That same year the building was listed on the National Register of Historic Places. In order to preserve the building it had to be moved across an active airport runway, which took place between July 27-29. This was the third time in U.S. history that a building was transported across an active runway.