Craft-brewer, Argus Brewing, serves as the current resident of the building that once housed the Schlitz horse teams and carriages.of famous brewer, Joseph E. Schlitz. Two terra cotta horse heads adorn the front of the building that's located in the historical Pullman district of Chicago, representing its original purpose. In one location, people can witness three phases of history, horses, trains -- what Pullman was known for, and the craft brewing (handcrafted culture) of the 2000s.

The historic building is now home to Argus Brewery 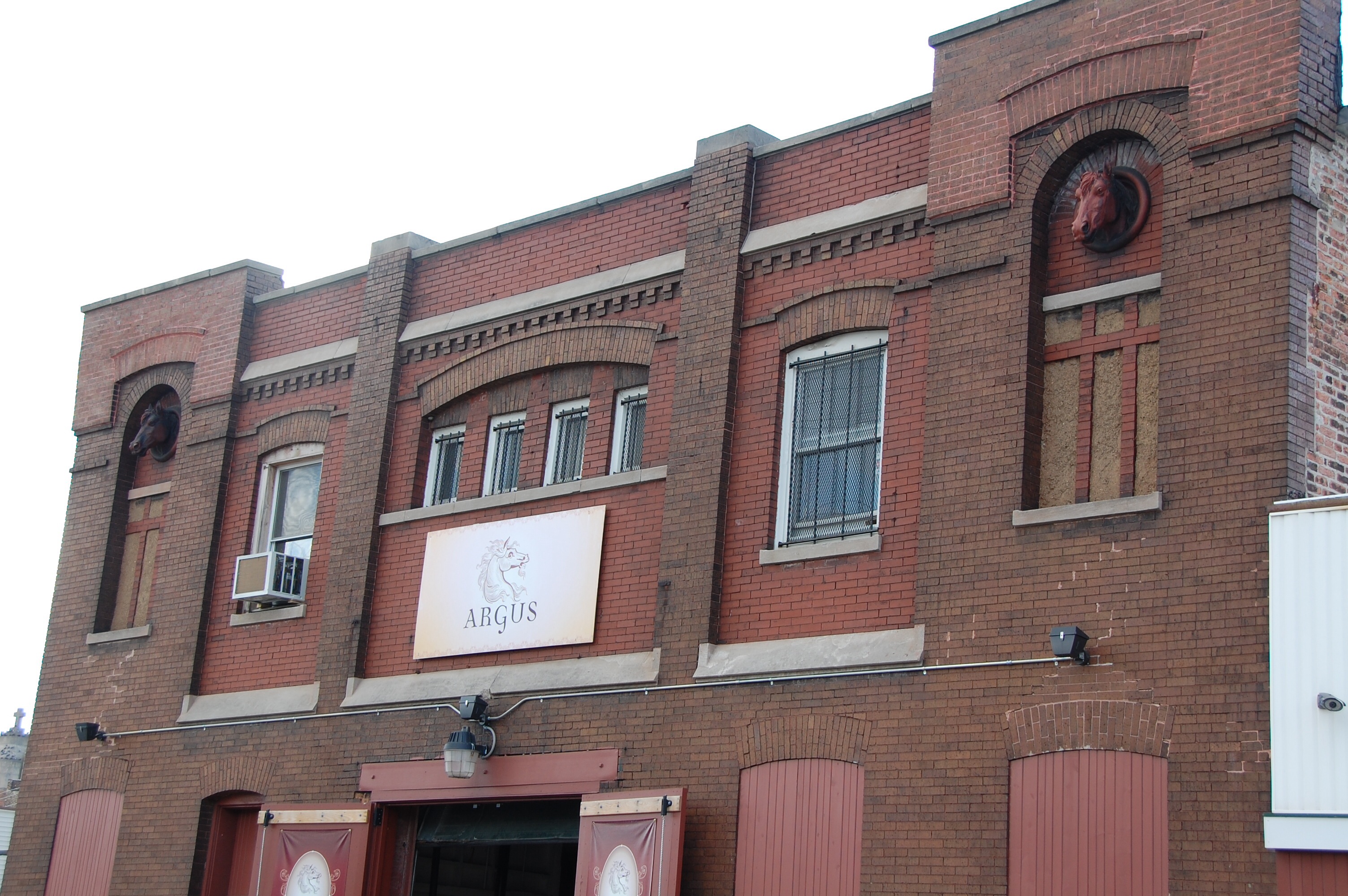 George Pullman built his famous Pullman Town in the 1880s for the purpose of housing his employees. The town enforced a strict policy that disallowed the sale of liquor. However, In October, 1904, the Pullman Land Association sold the Schlitz company ten acres of land across from the Illinois Central tracks at 115th Street for roughly $45,000. The area became known as Schlitz Row, which is now referred to as Front Street between 113th and 115th streets. Saloons, stables, and apartments dominated Schlitz Row, including the building now used by Argus Brewery; that building originally held horses and delivery wagons used to transport the beer around town.1

Both Pullman and Schlitz went on to make their fortunes in two different industries, notably the railways and beer. Nonetheless, Schlitz Brewing always took pride in its horses. With each new brewery and farm purchased or constructed, horse stables were a must. Much like the famous Budweiser Clydesdale, a certain pride existed among brewers for the horses they paraded around town carrying the beer. Horses were useful, but they also represented the company as a form of advertisement. Indeed, as seen in the 1947 book, Bucket Boy by Earnest Meyer, one Schlitz employee stated, "We boys of that district took parochial pride in the horses, the trappings and the drivers of the Schlitz Brewery. Sometimes visitors from a little farther west would prate about the superiority of the Pabst Brewery: how the horses, for example, were bigger and stronger and glossier because the Pabst maintained a pure-bred Percheron stable at Lake Oconomowoc, raising their own stock on a tremendous farm. We would reply, with proper indignation, that such talk was nonsense, and we would wonder privately how anyone could be so blinded by neighborhood prejudice as to utter such fantastic fables".2

Although the name Pullman enjoys more fame within historical circles, Schlitz and beer carried through towns by horses speaks volumes about the early 20th century. Much would change during Prohibition and World War II, but the Schlitz horse stable stands as the physical representation of a time when German immigrants still flooded Chicago and the U.S., when horses still existed as functional beasts,and when entrepreneurs grew more prominent than many in government. Today's craft brewery that stands in its place reminds us all that despite Pullman's efforts, the country has always enjoyed libations. One can witness all of that by gazing at the building sitting at 11314 S. Front Avenue  in Chicago.

Not open to the public, but the brewery offers tours.