This tablet was erected in 1940 to honor the "spirit of Marquis de Lafayette" and the nation of France for their assistance in the American Revolution. The Marquis de Lafayette was a young French nobleman who volunteered to fight in the American Revolutionary War. After the war ended and he returned home, Lafayette only visited the United States a few times. On at least one occasion, he stopped by the town of Gallipolis, which had French roots itself, being settled by the so-called French 500. The plaque is just one of many objects in town referencing America’s French ally Lafayette.

"This tablet is dedicated to commemorate the spirit of Marquis de Lafayette and the French people who assisted the colonists in establishing American independence and to perpetuate the memory of the French Five-Hundred who settled Gallipolis." 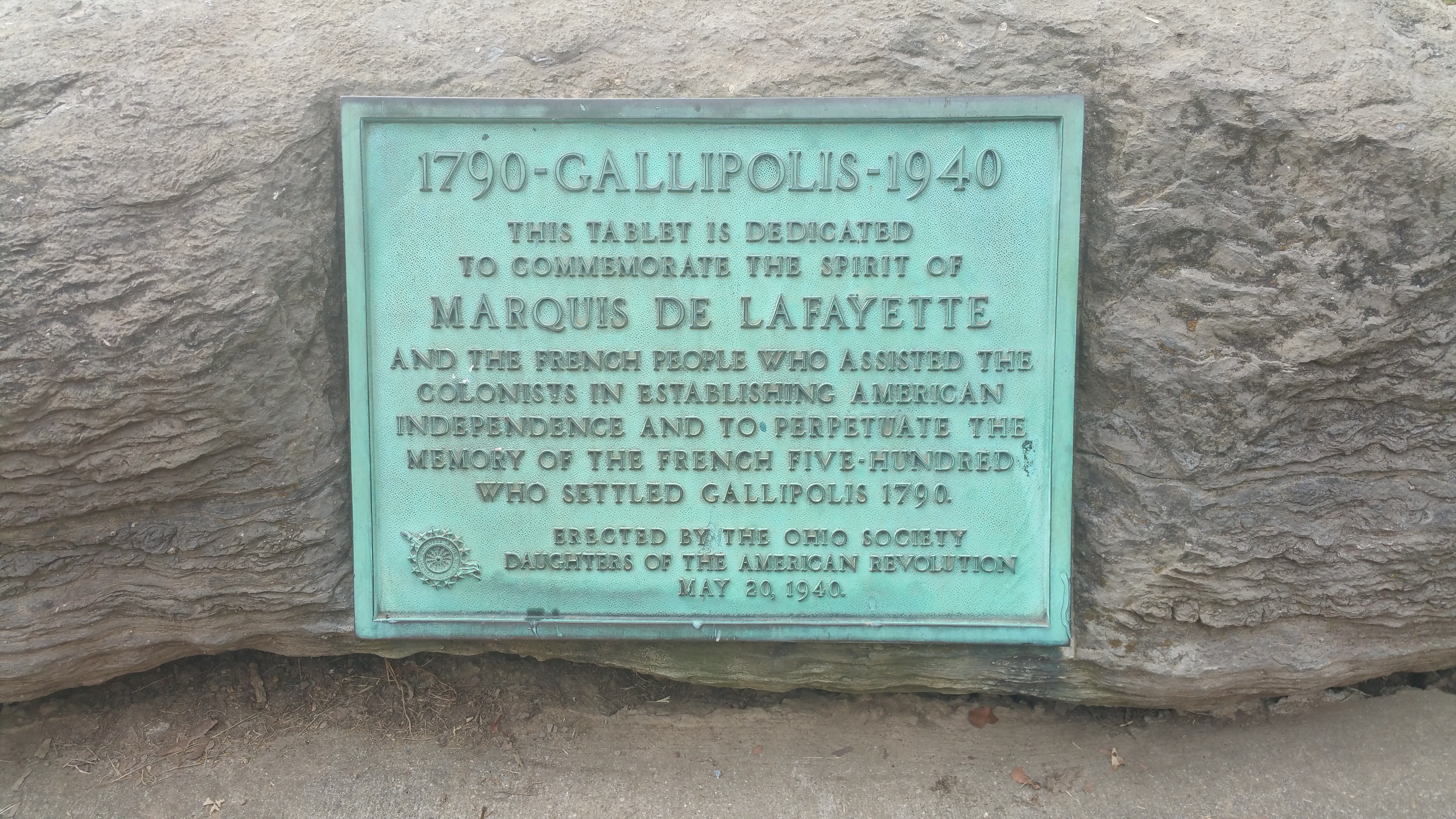 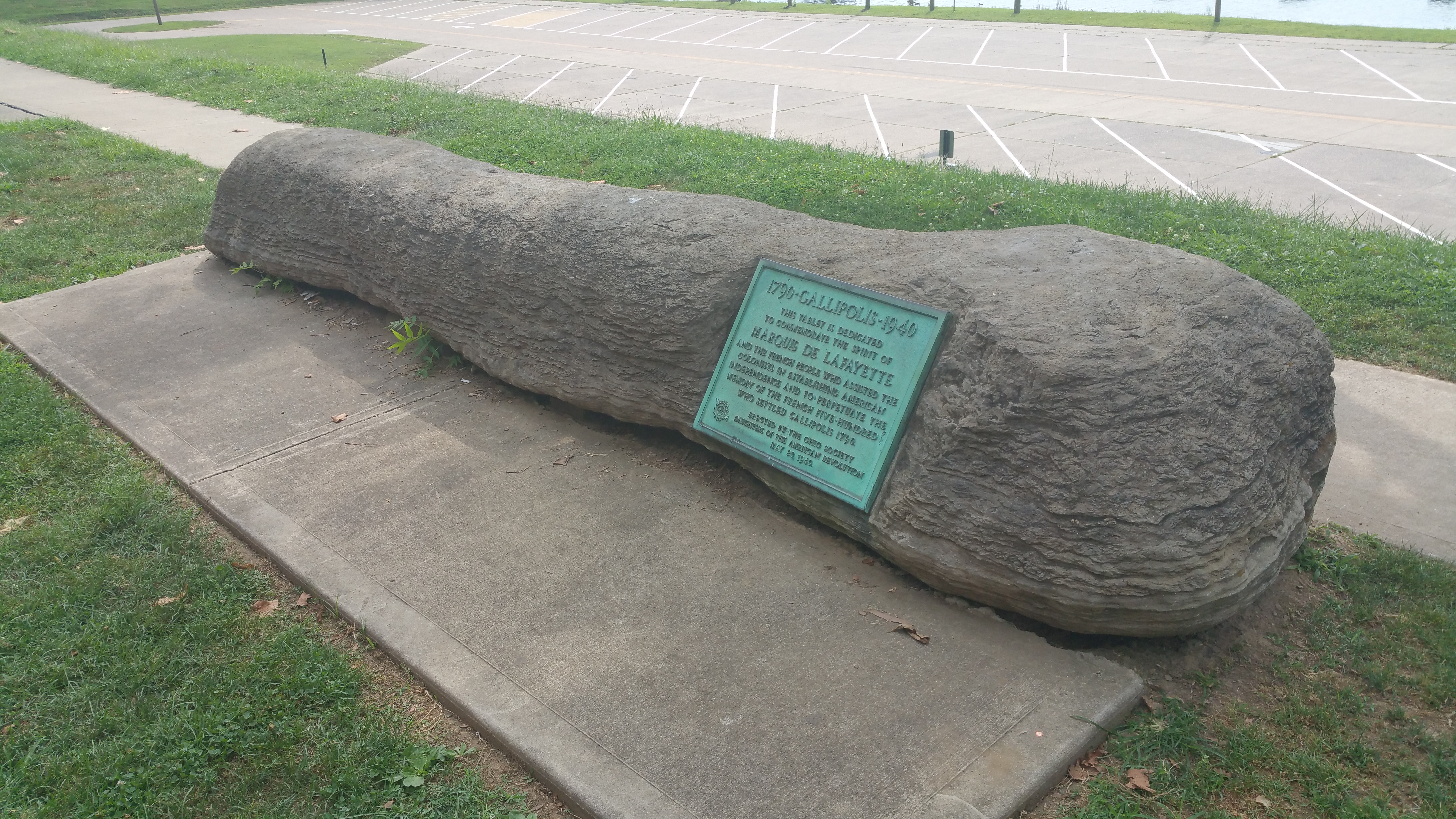 The Marquis de Lafayette was born in 1757. He was orphaned at a young age and joined the French Royal Army at fourteen. In 1775, he heard about the American colonies’ struggle for independence and was excited by the idea of joining the cause. With help from his friend, the Comte de Broglie, Lafayette left for America with a letter from American diplomat Silas Deane promising him a position as a major general. The American government readily welcomed their noble, young volunteer and gave him his commission as Major General. Soon after, he met General George Washington, beginning a friendship that would last until Washington’s death. By the end of the American Revolutionary War, Lafayette had served in some of the harshest conditions, such as the infamous winter in Valley Forge, and had spent more than $200,000 of his own money on the colonies' efforts. Congress later repaid him and gave him land in the Louisiana territory.

Lafayette returned to the United States a few times in his remaining years, including one tour of the country in 1824 that attracted crowds at every stop. On that tour, Lafayette stayed at the Our House tavern and inn in Gallipolis. The tavern is now a museum which features some of his possessions. Lafayette died in 1834, but he was not forgotten by the people of Gallipolis. In town, there is a strip mall and apartment complex named after him in addition to the 1940 plaque dedicated to “the spirit of Lafayette”.

The plaque notes another French connection to the village of Gallipolis: the French 500. The name applies to a group of French settlers who came to Gallipolis in 1790. After arriving, they found out that the land they paid the Scioto Company for was never purchased from the Ohio Company, making their deeds worthless. Five years later, President Washington granted them free land in Scioto County, but the boundaries of counties in Ohio at this time were unclear. Some took advantage of this free land while others stayed behind and purchased land in Gallia County a second time.