Designed in the European palazzo style by architects Mauran, Russell & Crow of St. Louis and built in 1913 by Thomas Brady, this 60 foot high, 4-story theatre originally featured an electric lighting system and stage equipment specifically for showing movies and hosting vaudeville acts. Unfortunately, the building was badly damaged due to a flood in 1921 and struggled to operate even as a b-run movie showhouse for a number of decades before it was closed down in 1978. However, thanks to a $5 million renovation project in 1998, the theater has been given a second life. It has been restored to its original grandeur and is now operated by Arts Center Enterprises. Additionally, the theater is listed on the National Register of Historic Places. 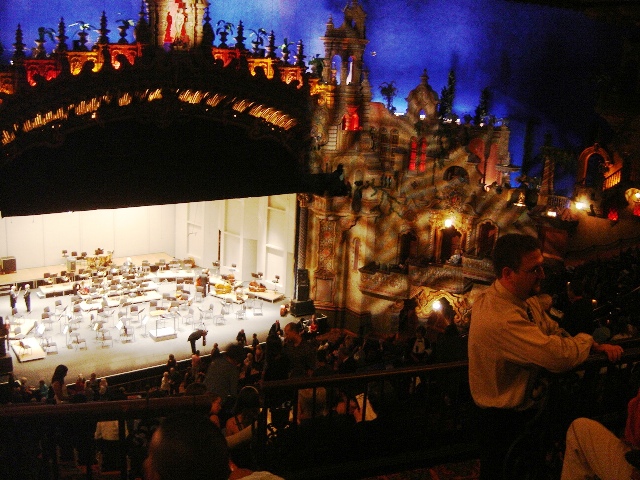 Before the Charline Empire Theatre was built, the Turner Opera House stood on the site since 1879. In 1890, Thomas Brady purchased the opera house and operated it for almost a decade. In 1913, Brady hired architects Mauran, Russell & Crow of St. Louis to construct the Empire Theatre in its place. At the time Brady's theater was built, it was the most modern structure and largest theater in the city. A copper flying eagle welcomed theater guests at the entrance, and inside the walls featured ornate plaster moldings, ornamental medallions, free form leaves, maidens, masks, and floral detail intricately painted with metallic powders or gilded with 23 carat gold leafing.

Devastatingly, the flood of 1921 damaged the grandiose theater. Without funds for repair, the theatre's interior damage was covered up with thick white paint. For decades, the Empire experienced further deterioration as it operated as a motion picture show house until it finally closed in 1978. However, in 1988, the City of San Antonio purchased the property and funds were raised through the Las Casas Foundation for an extensive restoration project. Thanks to generous support, especially from local philanthropist Charline McCombs who the theatre is now named after, the restoration was a success.

The theatre reopened in 1998 and was added to the Register of Historic Places the following year.