Located on the grounds of the College Park Airport, the oldest continuously-operated airport in the world, the College Park Aviation Museum helps preserve and promote the airport's history, educating visitors on the innovations in aviation that were developed here. Founded in 1998 in a large 27,000 square foot facility, the museum features 10 historic and reproduction aircraft, as well as aviation-related artifacts. It also offers traveling exhibits and holds various events throughout the year. The museum is an affiliate of the Smithsonian Institution. 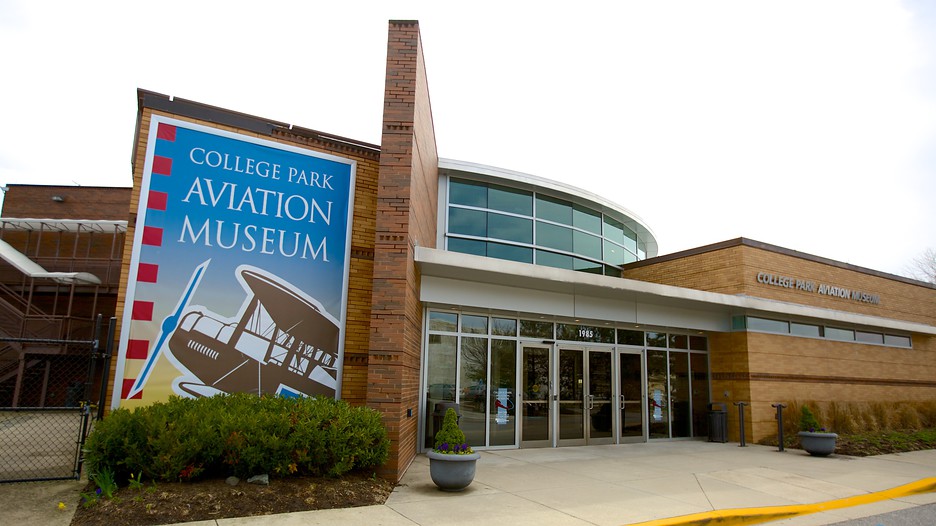 View of some of the planes on display 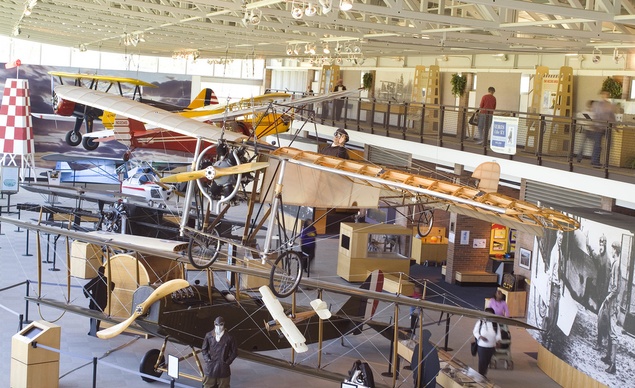 The College Park Airport is the oldest, continuously operated airport in the world. Here, in 1909, Wilbur Wright taught the military's first pilots how to fly. A number of "firsts" in aviation occurred here, including the first female passenger, the establishment of the first aviation school, the testing of the first bombs dropped from planes, and the first testing of a machine gun on a plane.1

These accomplishments almost didn't happen. The Wright brothers had difficulty selling their plane to the U.S. government in the immediate years after their successful attempt at flight in 1903. In 1907, the brothers were attempting to sell their flying machine in Europe, which prompted the U.S. Army Signal Corps (USASC) to commission a plane that could meet certain requirements, such as flying for one hour and the ability to reach a speed of 40mph. They succeeded and, as a part of the contract, taught two U.S. Army officers how to fly at the College Park site.2

Today, the College Park Airport serves the needs of general aviation pilots in the DC-metropolitan area. CGS is conveniently located within walking distance to the Metro Rail system.3 The museum, which opened in 1998, houses antique and reproduction aircraft associated the airport's history. Its facilities include a 90-seat auditorium, a non-circulating appointment-only library, gift shop, museum offices, as well as a replica of the original 1909 College Park Airport hangar. The main hangar showcases aircraft which operated at the airport, and displays changing, hands-on exhibits. Special events, lectures, and workshops are also available.4

Daily from 10 am-5 pm, except for major holidays