St. Patrick Cathedral is the cathedral of the Catholic Church located in Fort Worth, Texas. It is a parish of the Diocese of Fort Worth and the seat of its bishop, Bishop Michael Fors Olson, S.T.D., M.A. St. Patrick's cathedral was constructed beginning in 1888 and dedicated in 1892. The cathedral is proudly listed on the National Register of Historic Places.

Saint Patrick Cathedral. Notice the towers on the left and right, with missing spires. 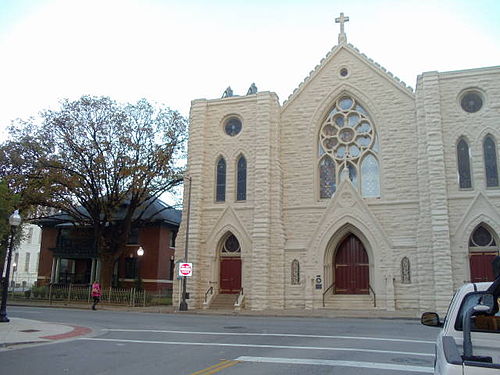 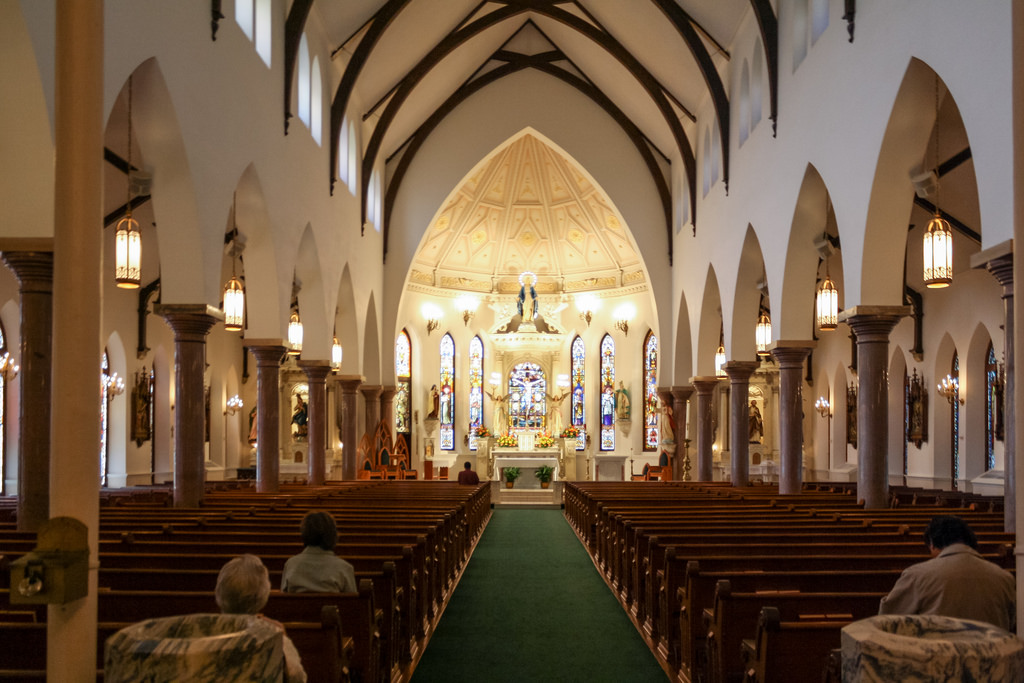 As the population of Texas grew, so did the Catholic population of North Texas. However, the administrative structure of the Catholic Church did not account for the massive change in population. The Catholic Church had only established one diocese for the entirety of Texas--the diocese of Galveston, which was the largest city in Texas at the time. By 1870, there were so many Catholics living in Texas that Claude Marie Dubuis, the second bishop of Galveston, began to send Father Vincent Perrier to visit Fort Worth twice a year.1 At the time, this journey was long and dangerous. Galveston is more than 300 miles from Fort Worth, and at the time there were few towns in between. Despite the risk, Father Perrier made the journey often, and hosted Catholic events and masses at the Carrico family home.2

In 1885 the Sisters of Saint Mary of Namur established Saint Ignatius Academy in Fort Worth and Xavier Academy in Denison. Then, a mere three years later, the Catholic community in Fort Worth began construction on Saint Patrick's Church, which would become Saint Patrick Cathedral. The church was designed by Fort Worth Architect James J. Kane out of Texas limestone.4  The church was designed in the Gothic Revival style, and was supposed to contain twin spires. These were never built, with just the towers standing today.5

In 1910 the same order of nuns founded Fort Worth’s first Catholic college, Our Lady of Victory College. For many years, the Catholic community in North Texas flourished and expanded. Seeing the astonishing expansion, in 1953 Pope Pius XII changed the name of the Diocese of Dallas to the more apt Diocese of Dallas-Fort Worth. This led to the renaming of Saint Patrick’s Church in Fort Worth, and elevated its status to co-cathedral. Then, in 1985 Saint Patrick Cathedral, Saint Ignatius Church, and the Saint Ignatius rectory were added to the National Register of Historic Places.6

On August 22, 1969, Pope Paul VI created the Diocese of Fort Worth by separating 28 counties of north central Texas from the Catholic Diocese of Dallas.7 This was accompanied by an elevation of Saint Patrick to cathedral, a title it carries to this day.