This historic home was constructed between 1872 and 1873, and includes a historical marker that shares a few sentences about the structure, which was the location of the home of James Douglas, who lived here from 1873 to 1887. Douglass operated a steamship line that connected Fargo and Moorhead to national markets. He and his wife Wilhelmina also helped establish the second public school in the area and handled the mail for the community in its early years. The home was restored in the early 2000s and is now the location of a day spa.

This marker is next to the historic Douglas House, a two-story wood frame home that was built in 1872 and is likely the oldest extant building in Moorhead. 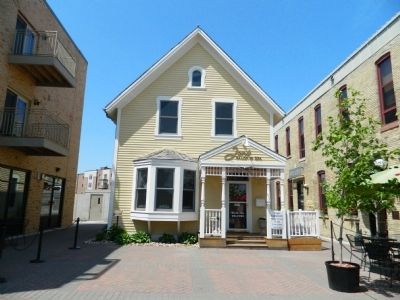