Carlin Hall (also previously known as Curtis Hall, Carlin Community Hall, Glencarlyn School, and Glencarlyn Recreation Center) is a historic community center in Arlington, Virginia’s Glencarlyn area. Built in 1892, it served as a meeting place for the Glencarlyn civic association, the local Episcopal church congregation, and served numerous other civic and community purposes. On June 16th, 1993, it was designated on the Virginia Landmark Register, and on August 12th it was added to the National Register of Historic Places. Today, Carlin Hall is managed by the Glencarlyn Citizens Association, and continues to host a wide variety of community and civic purposes for Glencarlyn. 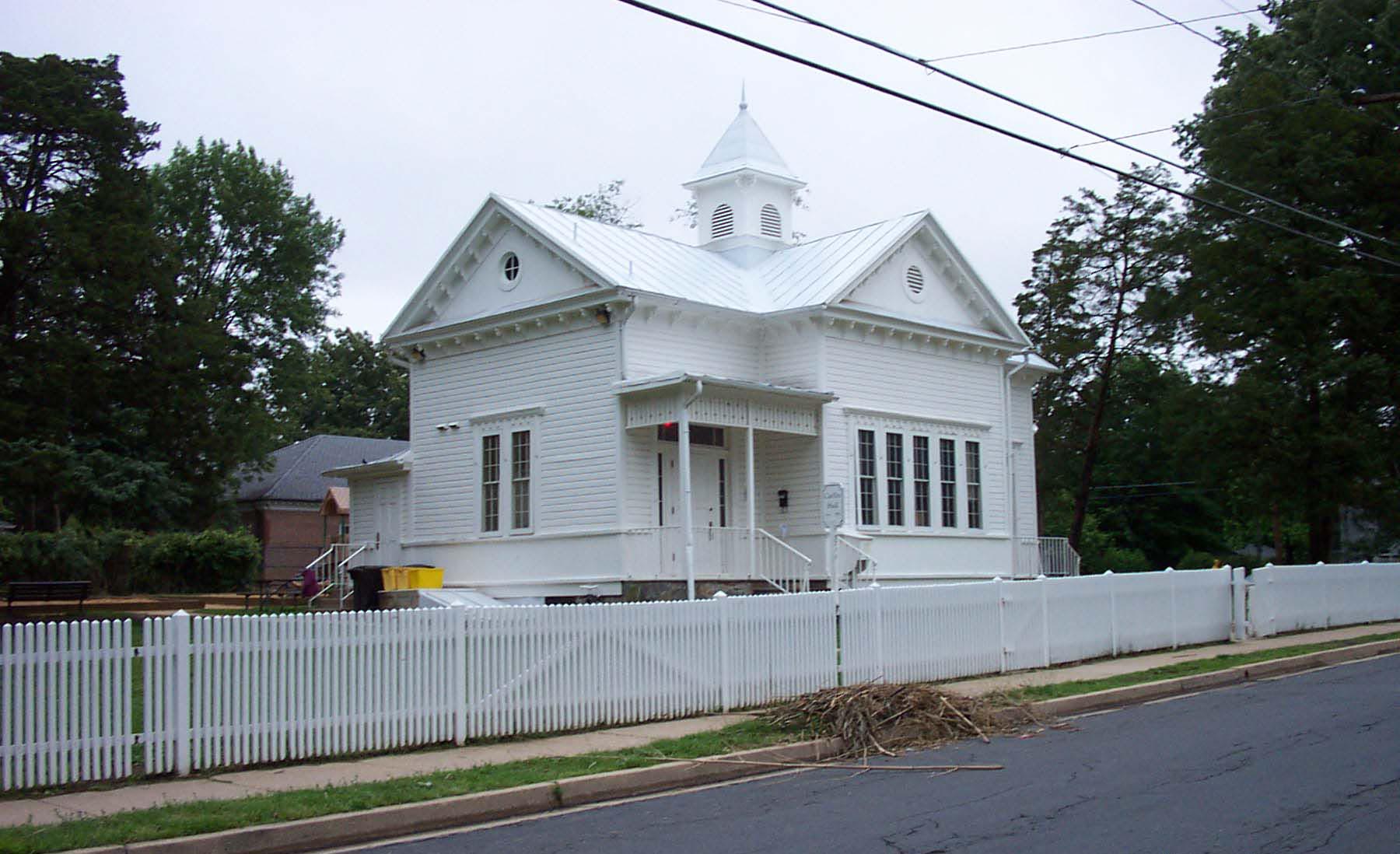 The Glencarlyn neighborhood was founded in April of 1887 when two men, William Wallace Curtis and Samuel Swinfin Burdett, purchased a large plot of land, and soon after subdivided the land into plots for purchase. The two also established the Carlin Springs Co-Operative Association, which would be comprised of themselves and the owners of the plots of subdivided land. Though William died in 1888, Samuel stayed in the area, built a home for himself, and set about guiding the slowly-growing populous into a thriving community. Not long after the neighborhood began to be populated, the citizens decided that they needed a location to meet as a community, and in 1892, construction on the community center, then called Curtis Hall, began, and it was completed the same year. Following its completion, Curtis Hall was widely used in the community and became a focal point for all community activities in the neighborhood. The community formed the Carlin Springs Village Improvement Association, and the group’s meetings were always held in the hall. It was eventually re-named Carlin Hall.

The hall continued to see ever-growing use by the community, and this was more evident than ever when in 1920, the Glencarlyn School burned down, and it was decided that Carlin Hall would be used as a temporary school until new facilities were constructed. The hall saw use as a school until 1953, after which it became a community center again. At this point, however, the community found that it would become increasingly difficult to care for the center, so it was deeded to Arlington County for use as a cultural or recreational center in 1962. Since 1977, activities in the hall have been managed by the Glencarlyn Citizens Association. On June 16th, 1993, it was designated on the Virginia Landmark Register, and on August 12th, 1993, it was added to the National Register of Historic Places. Currently, Carlin Hall continues its services as a community center for Glencarlyn.