The Clarendon School is a historic school building in Arlington, Virginia’s Clarendon neighborhood. Built in 1910, it originally served as an elementary school for the Clarendon neighborhood. On September 15th, 1999, it was designated on the Virginia Landmark Register, and on December 9th, 1999, it was added to the National Register of Historic Places. Since 1977, it has served as local studio space for artists in the Clarendon area, and has since been re-named the Arlington Arts Center.

A view of the Arlington Arts Center in 2009. 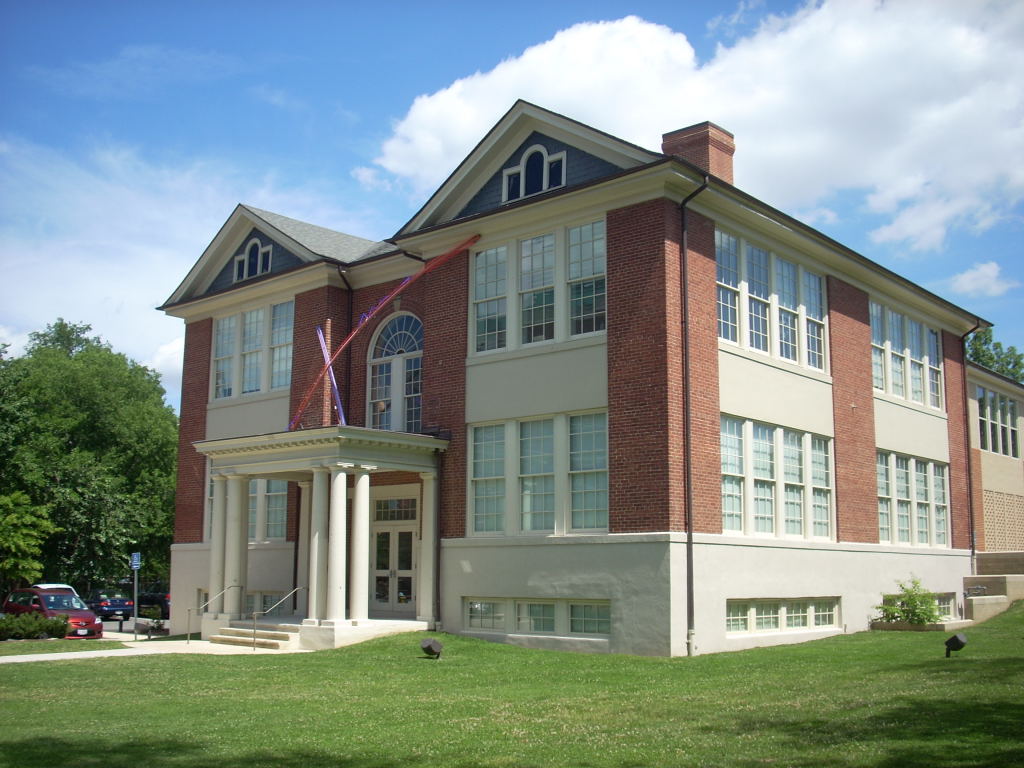 In the early 1900s, the Clarendon neighborhood of Arlington, Virginia was in need of a permanent elementary school building. For some time, the children of Clarendon had been using the home of citizen Welby Ashby as their temporary school, and it was clear to the parents in the neighborhood that while it was certainly helpful, it was not nearly enough space for the children of Clarendon. As a result, the Clarendon School Board opted to construct the Clarendon School. An appropriate plot of land was purchased, and bids were held in October of 1909 for the position of architect and builder of the school. Though the community had some issues with aspects of the construction of the school, it opened for classes on September 20th of 1910, with seven teachers in total ready to educate the children of Clarendon. In the following decades, the school continued to grow in enrollment, and more faculty was hired to meet the growing demands of its student body.

In 1944, the school was renamed the Matthew Maury School. The school continued to grow in enrollment until around the 1961-1962 school year, when the population of the school was at its highest. The school needed many renovations over its lifetime as a school, however, and enrollment steadily plummeted throughout the 1960s to the point that it closed after the end of the 1972-1973 school year. The school remained vacant until 1977, when it was repurposed as a studio for the Arlington Arts Center, and it has served as a studio since then. On September 15th, 1999, it was designated on the Virginia Landmark Register, and on December 9th, 1999, it was added to the National Register of Historic Places.