The Port Arthur-Orange Bridge is a through-truss bridge crossing the Neches River in southeast Texas. It allows State Highway 87 and State Highway 73 to connect Port Arthur in Jefferson County with Bridge City in Orange County on the northeast bank. Built between 1936 and 1938 and renamed the Rainbow Bridge in 1957, it is the tallest and steepest cantilever bridge in Texas. 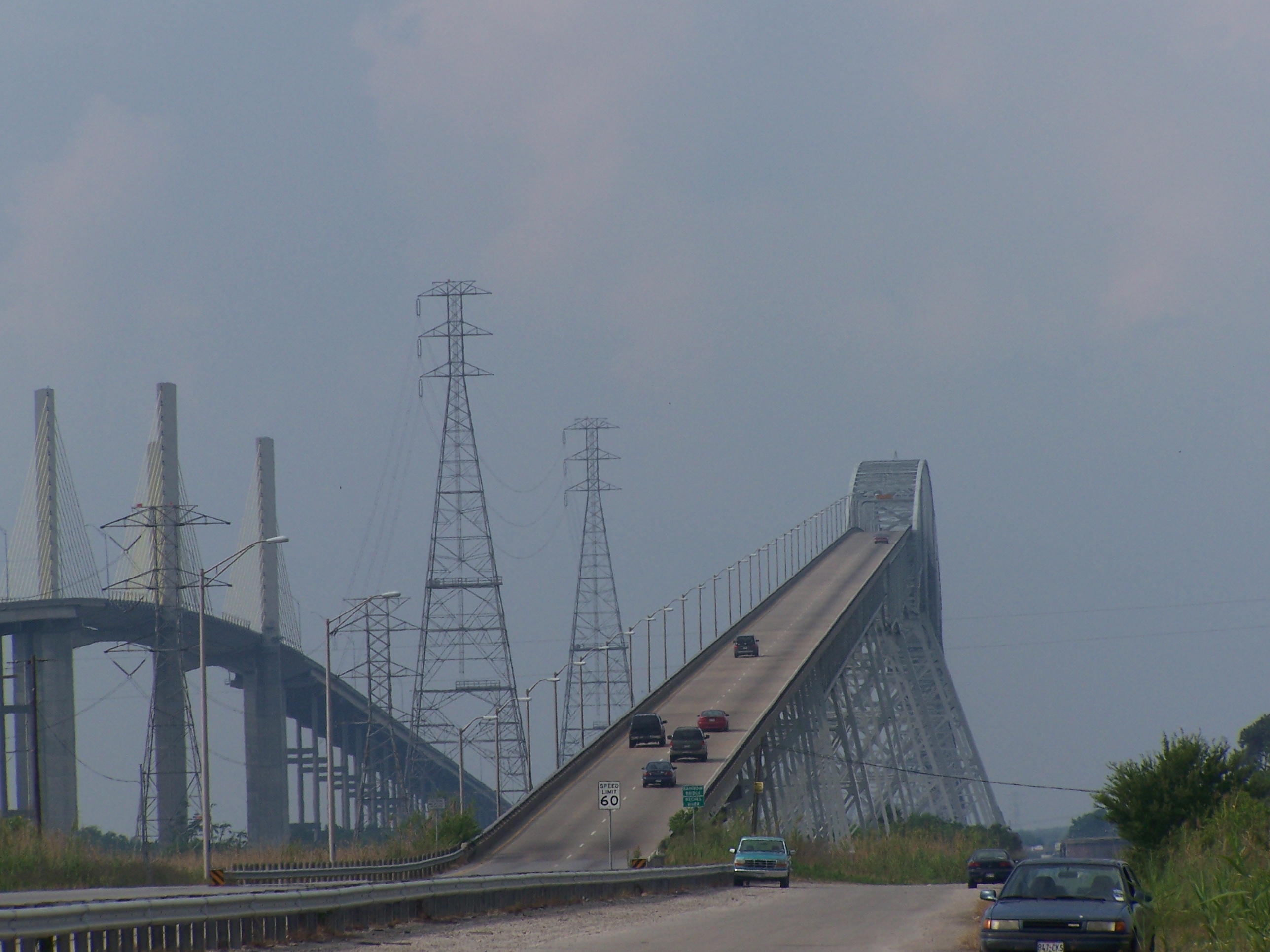 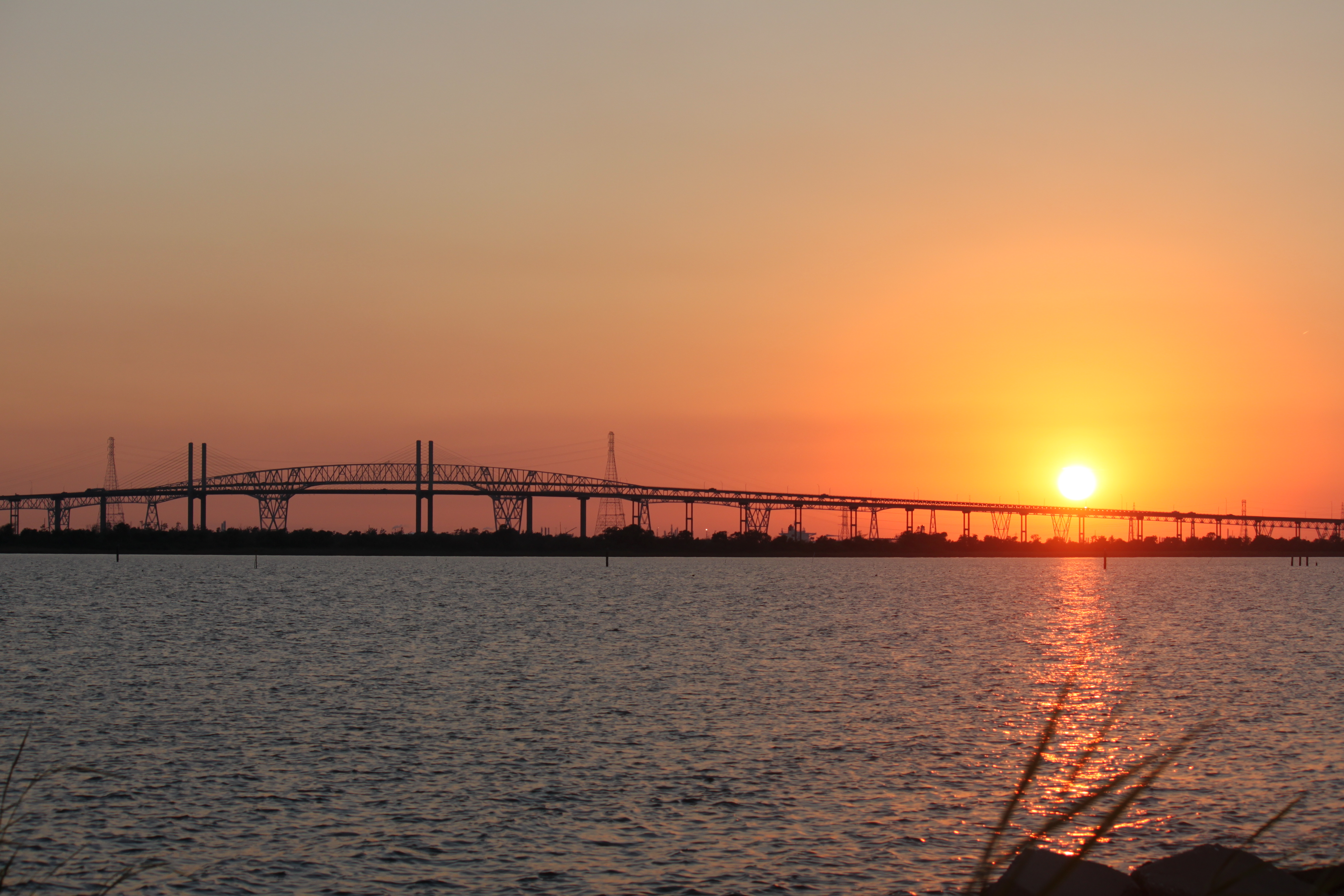 When the ferry finally failed to be an adequate means of transversing the Neches River by the mid-1920s, the construction of a bridge connecting Beaumont and Port Arthur, Texas, was proposed. The two communities could not agree on a plan, however. Beaumont opposed the construction, seeing the bridge as unnecessary and a hindrance to water navigation. Port Arthur argued that the bridge would benefit both communities, allowing road traffic to flow freely at all hours.

After seven years of debate and negotiation, the two cities reached an agreement in October 1934. Still concerned about water navigation, Beaumont wanted the bridge built with a clearance of 185 feet; Port Arthur did not feel the need for such a high clearance, and both eventually agreed on a clearance of 176 feet. This made the bridge the highest highway bridge over tidal waters in the world and the tallest in the state. The debate over the clearence was noteworthy because Beaumont demanded enough room for the tallest ship at the time, the USS Patoka, to pass under the bridge. The Patoka never has never sailed the Niches River, however, and no ship has ever had any trouble passing under Rainbow Bridge.

The bridge is 7,700 feet long and 230 feet high with a 5 percent grade. Originally officially called the Neches River Bridge, it did have local names (such as the Port Arthur Bridge, Orange Bridge) depending on location. In 1957, however,  the bridge received a name that was universally accepted and used. The North Port Arthur Lions Club hosted a contest to name the bridge. Six-year-old Christy McClintock (now, Loupe) submitted the name Rainbow Bridge because, as she told her grandfather, it "looked like a mechanical rainbow." She won the honor of naming the bridge and a $50 savings bond.

The Rainbow Bridge observed its 50th anniversary on September 8, 1988, with celebrations hosted by The Bridge City Chamber of Commerce.

The bridge closed in 1992 for refurbishment; the project included sandblasting the structure and repainting, repairing, and replacing worn sections, adding a new concrete deck, and widening the lanes from 22.5 feet to 28 feet. Workers also replaced 375 fee of the concrete-supported spans on each side of the bridge with a new design and traded the metal bridge rails for concrete rails.

The most recent renovation of the bridge was in 1997, when, after the construction of the Veterans Memorial Bridge over the same river, the Rainbow Bridge was reconfigured to handle only west-bound traffic.

The Rainbow Bridge is categorized as a cantilever through-truss structure, identifiable by the location of its traffic deck. The deck of a through-truss bridge is carried along the bottom cord; the trusses (a variant of a triangle that creates a rigid structure that can transfer the load from a single point to a wider area) on either side of the bridge are generally high and are connected by cross-bracing at their tops. Designed for heavier loads and longer spans, this type of bridge has the ability to dissipate a load through the truss work.

TX 87 at the Jefferson and Orange County line
Beaumont, Texas