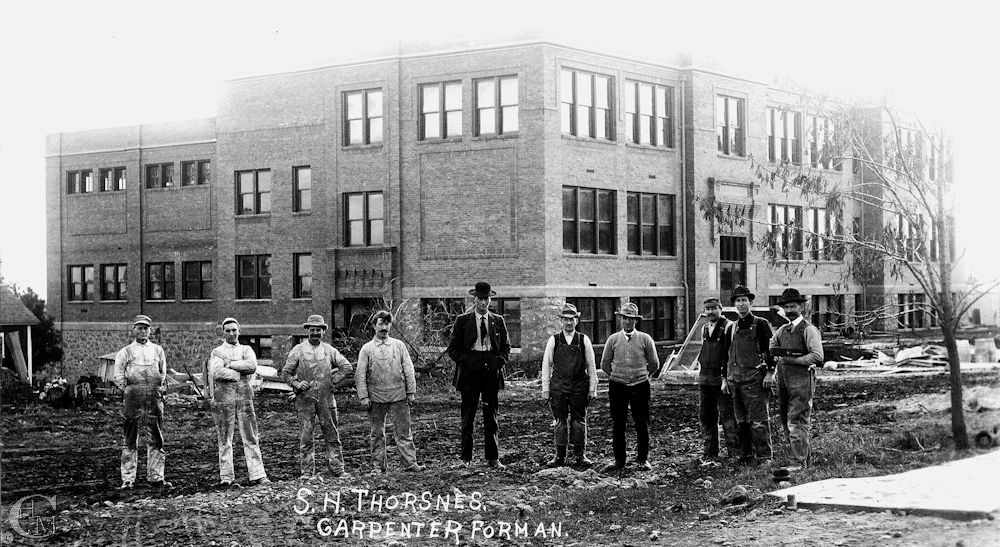 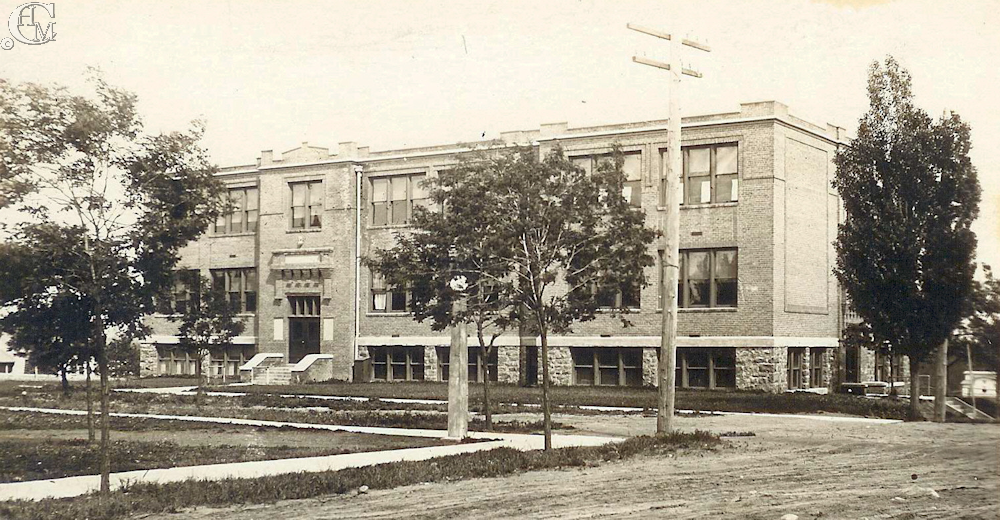 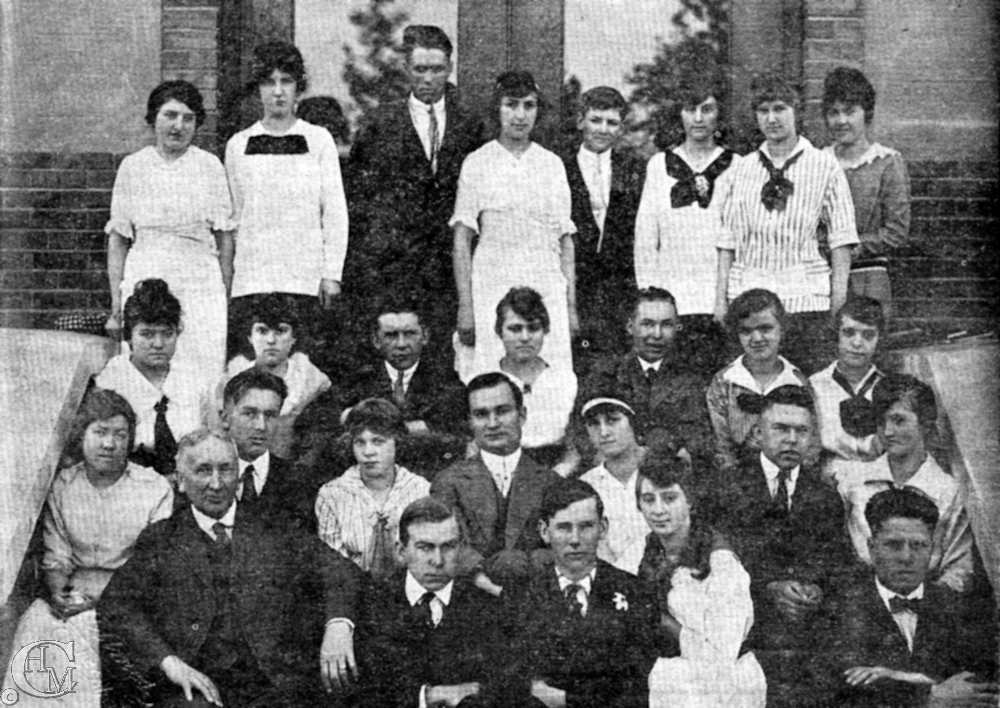 With continued growth in the student population, in 1911 Superintendent A. E. Clawson, along with School Board Director M. E. Cook and Normal School President Noah D. Showalter determined that a separate high school was needed. They called a meeting on August 25, 1911 to discuss the matter. Attendees included J. S. Hull, George E. Fellows, Frank C. Greene, Dr. Francis A. Pomeroy, and Edward F. Betz. The men decided to hold a vote, asking the district patrons to approve a bond.

The new Cheney High School opened April 25, 1913 on the northwest corner of 4th and D streets.  The cost was $45,000 and included a 40 x 80-foot gymnasium which was also available for community use.

The new high school was three stories and was located on the corner of 4th & D, facing City Park [Veterans Park]. With the new high school in place the old public school had more room for the elementary and junior high students.

The high school, along with the public school were closed October 1918 due to the outbreak of influenza in Spokane County. The schools re-opened in January, but closed for a week in February 1919 when there was a new outbreak of the disease.

In 1967, the district administration moved into the building as the old high school became Fisher Junior High. As the student population continued to grow through these years, the building at times housed elementary classes, as well as overflow high school and junior high classes.

After the high school moved into its new building in 1930, organizations such as the women's Tilicum Club helped to raise funds to re-establish a library at the Junior High School.

A room in the basement level became the first permanent home for the Cheney Historical Museum in January 1959.

In January 1972 the old school building was demolished and a new home for the Cheney Fire Department was built on the site.