The Administration/Science Building, originally known as Science Hall, is a building on the campus of Arizona State University in Tempe, Arizona. It is the second-oldest building on campus, constructed in 1909. It currently houses the University Club, a members-only institution open to faculty, staff and community members. 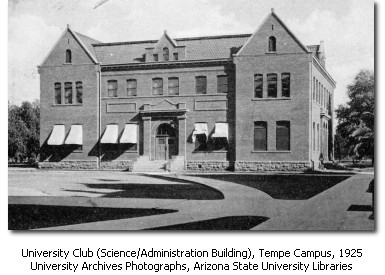 Interior of Administration/Science Building in 1910 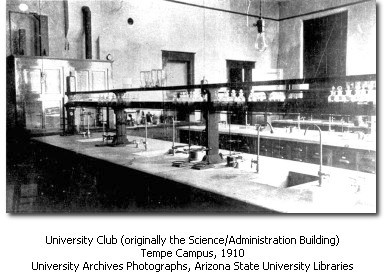 Administration/Science Building as it looks today 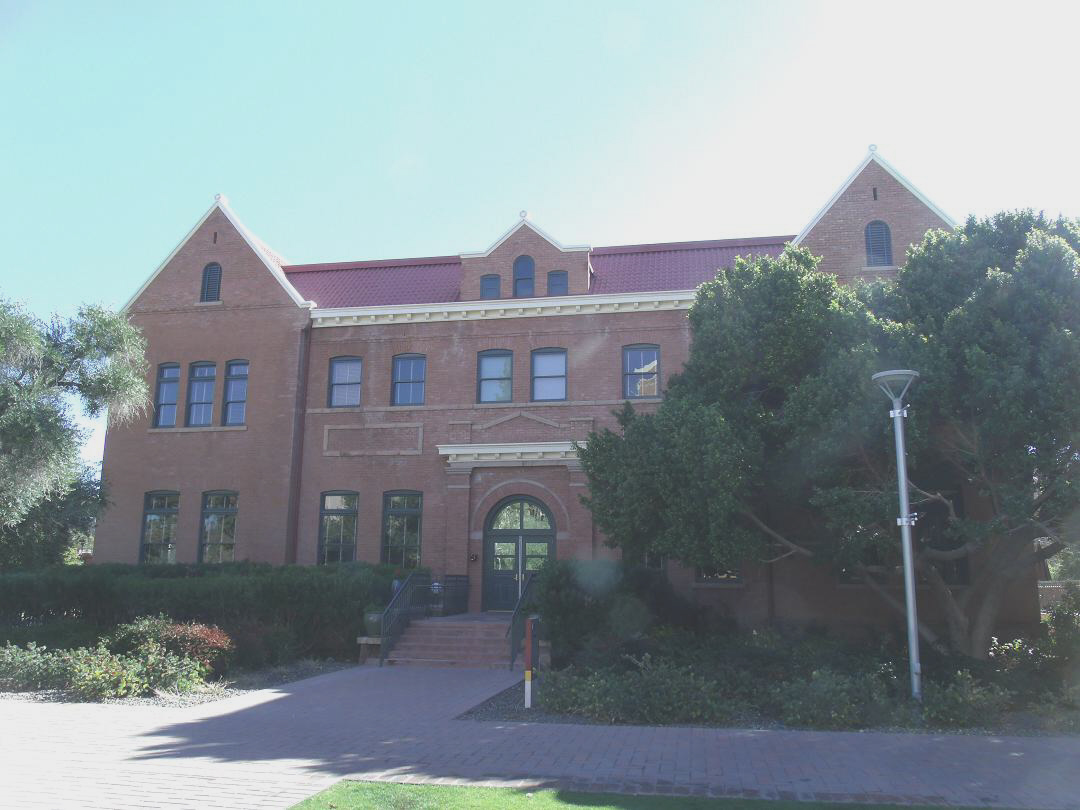 The building, designed by D. W. Millard and built by Harvey D. Patton, was constructed in 1909 as one of three original buildings that formed the first quad of the Territorial Normal School in Tempe. (Old Main is the only other building that survives today.) It was originally constructed to house the school's small science department as well as administrative functions.

As the normal school grew, the building was soon modified. It was remodeled in 1935 and again in 1950; the latter renovation coincided with the science department moving to a new Sciences Building (now known as Discovery Hall) and the conversion of "Old Science Hall" into the home of Arizona State College's English department. The 1950 addition, with Mel Ensign as architect, added a fire stair and restroom projection and was one of several alterations to the now-historic buildings on campus (around the same time, an expansion was made to Old Main). In the mid-1960s, the English department moved to its own new home: the Language and Literature Building, located across from the Old Science Building on the quad and at the corner of University Drive and College Avenue. Soon after, during the Vietnam War, ROTC programs moved in, and by the 1980s it was known as the "Fine Arts Annex" and housed some arts programs.

In the summer of 1983, the School of Art was told that the structure, whose foundation had been damaged by rot and termites, was no longer suitable to be occupied; the building was slated for demolition. However, in the mid-1980s, several university buildings from the 1930s and earlier were listed on the National Register of Historic Places, including the Fine Arts Annex.

After the building's designation as historic, renovations were made to remove the 1950 Ensign addition and restore the building to its original appearance. In 1989, the University Club was created as a members-only club for faculty, staff and parents of current ASU students.

Explore the history of downtown Tempe.