Established in 1947, the 29 Diner in Fairfax is a registered historic landmark and a cultural icon, as it exemplifies the history of transportation, the growth of highways cutting across America, and the rise of the diner that characterized the mid-20th century. The diner was built by the Mountain View Diners Company, a company that produced over 400 “pre-fabricated” throughout New England and the Northwest. Following a succession of business owners, including a name change to “Tastee 29 Diner,” the 29 Diner was added to the National Register of Historic Places in 1992, as it was a “rare survivor among the once-numerous streamlined Moderns diners that operated in the United States."

Exterior of the 29 Diner 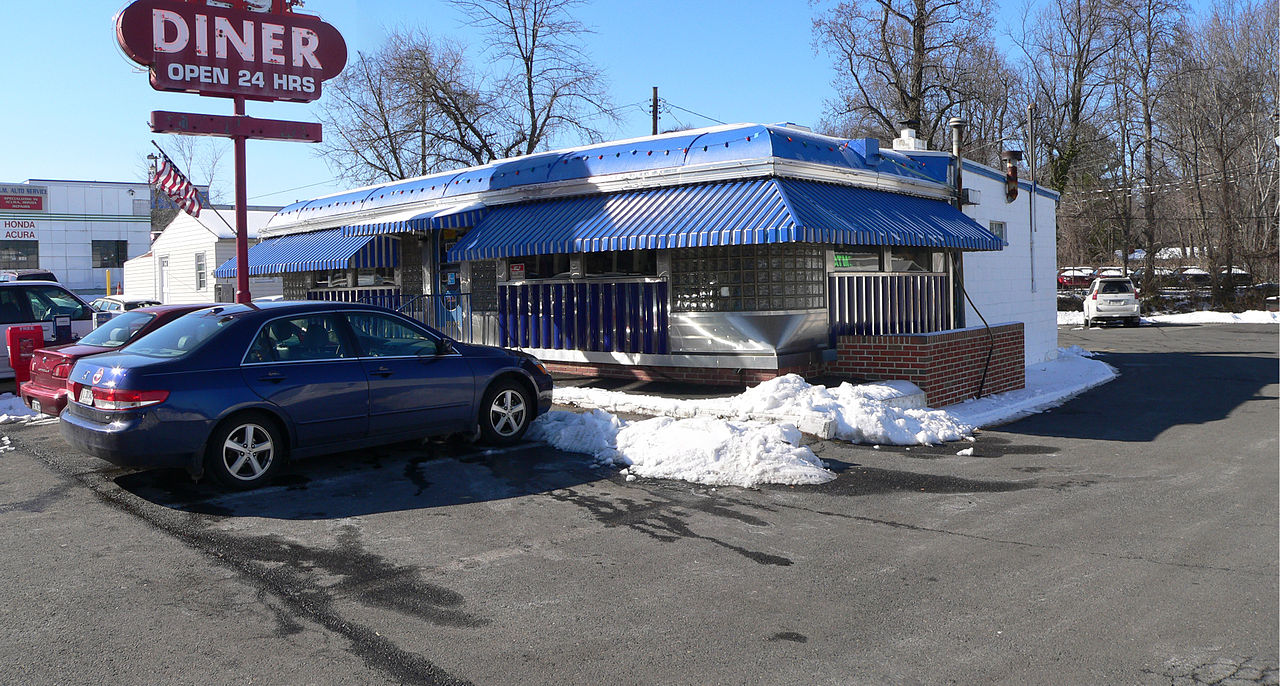 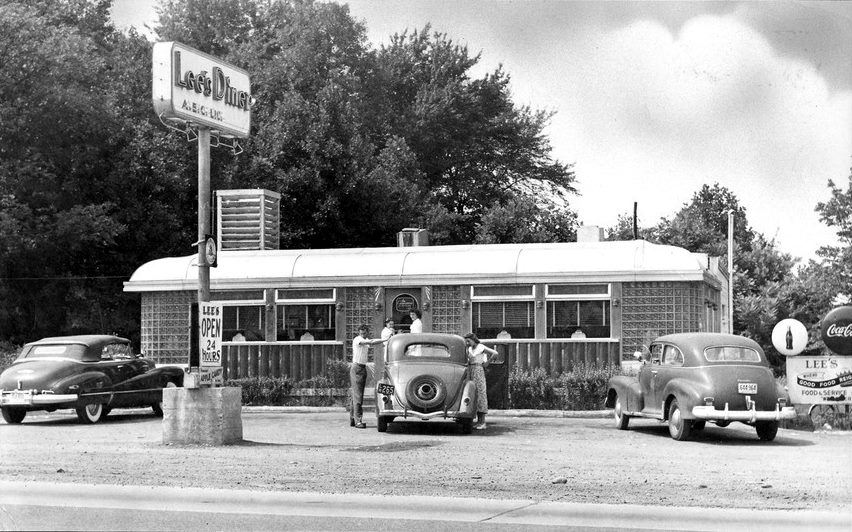 Postcard for the 29 Diner, thanks to the Boston Public Library 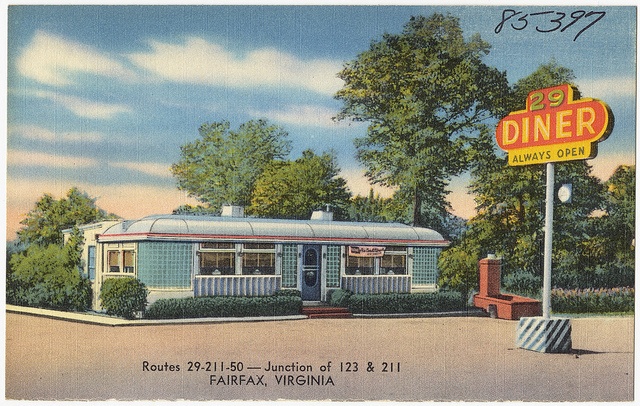 The "Tastee 29 Diner" as a Virginia Historic Landmark 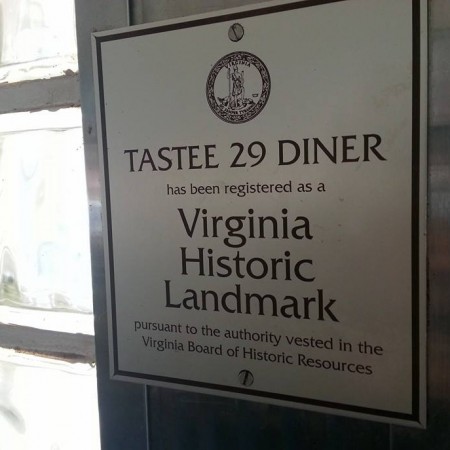 The 29 Diner held its grand opening on July 20th, 1947. Built by the Mountain View Diners company (based in New Jersey), the diner was purchased by D.T. “Bill” Glascock and shipped to his property in Fairfax. Glascock and his wife, Elvira, ran the diner for several years before selling it. The 29 Diner then changed hands through a succession of business owners.

In 1973, the Tastee Diner company bought the locale and changed the name to Tastee 29 Diner. The diner was later purchased in the late-1990s by former waitress Ginger Guevara and her husband, who restored the original name. In 1992, the 29 Diner was added to the National Register of Historic Places. Marc Christian Wagner, an architectural historian from the Charlottesville-based Preservation Associates of Virginia organization, penned the statement of significance. The opening of the statement is reproduced below:

The Tastee 29 Diner is a rare survivor among the once-numerous streamlined Moderns diners that operated in the United States. While it in rare to find one of these 1940s diners still standing, it is even more unusual to find one still in operation. The high quality of this Mountain View diner has withstood the test of time in a hostile environment.1