Goldsboro is a community and former town in Seminole County, Florida. Founded in 1891, only a few years after Eatonville, it is one of the oldest African-American founded communities in the United States. In 1911, the community was annexed into Sanford, Florida. 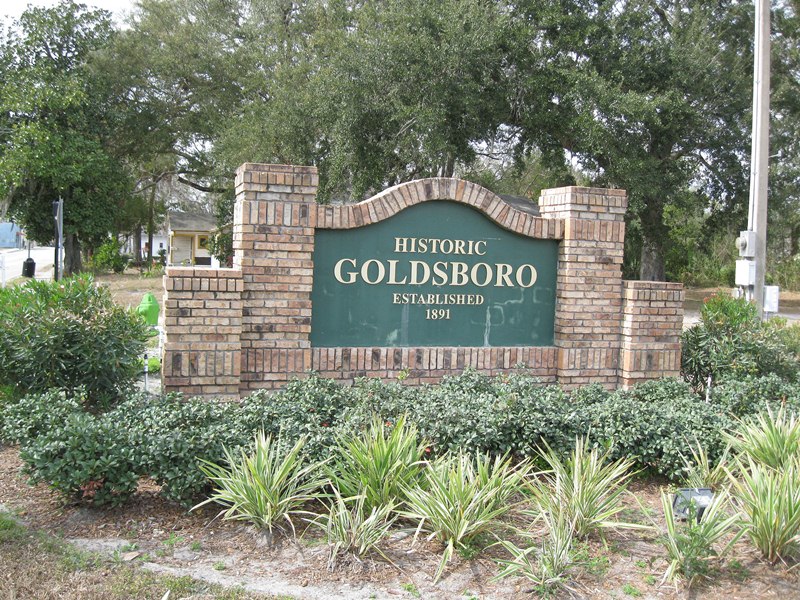 Picture of one of the founders of Goldsboro, William B Boykins, along with his Wife Rosa Boykins and son Raleigh. 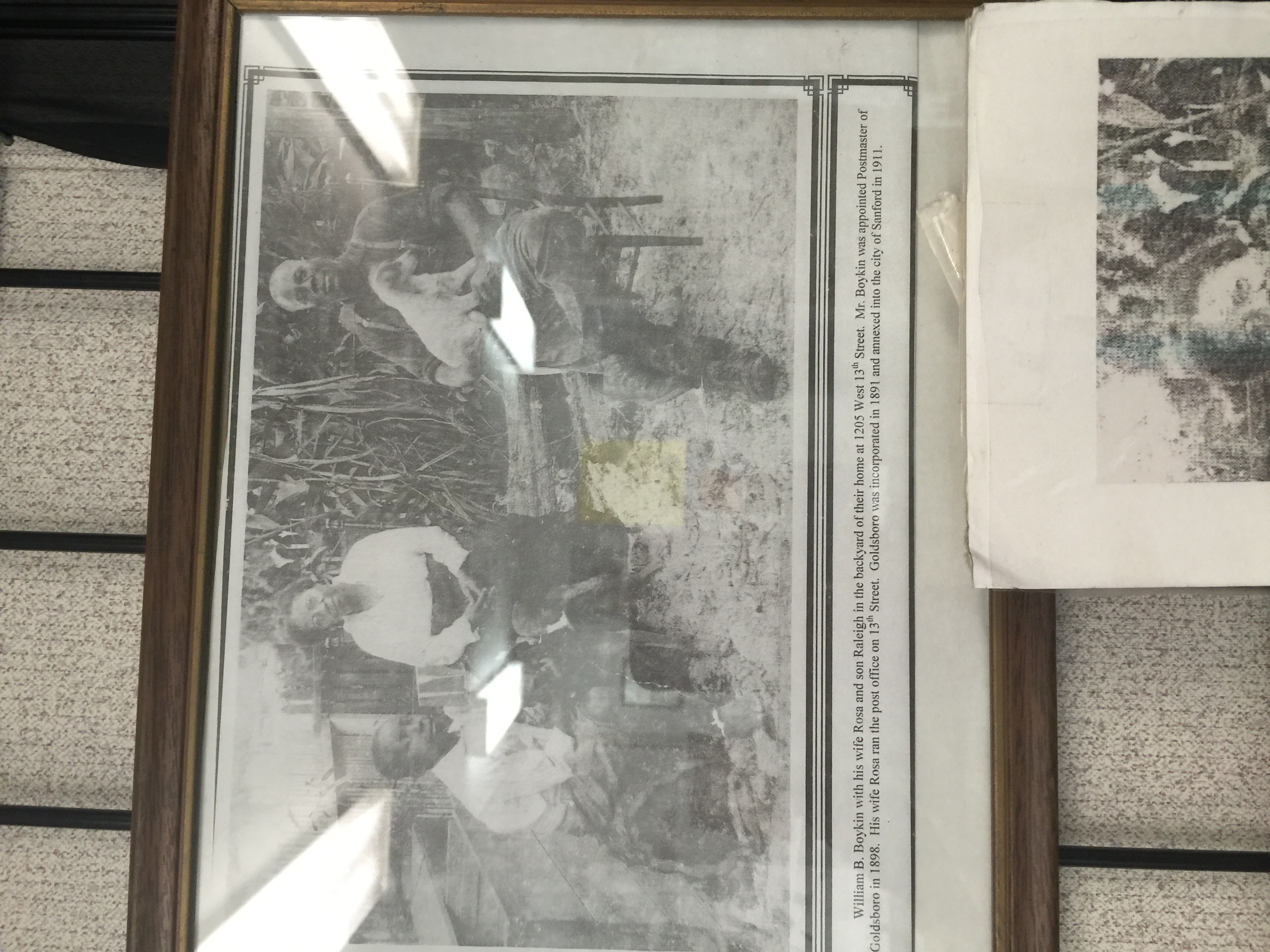 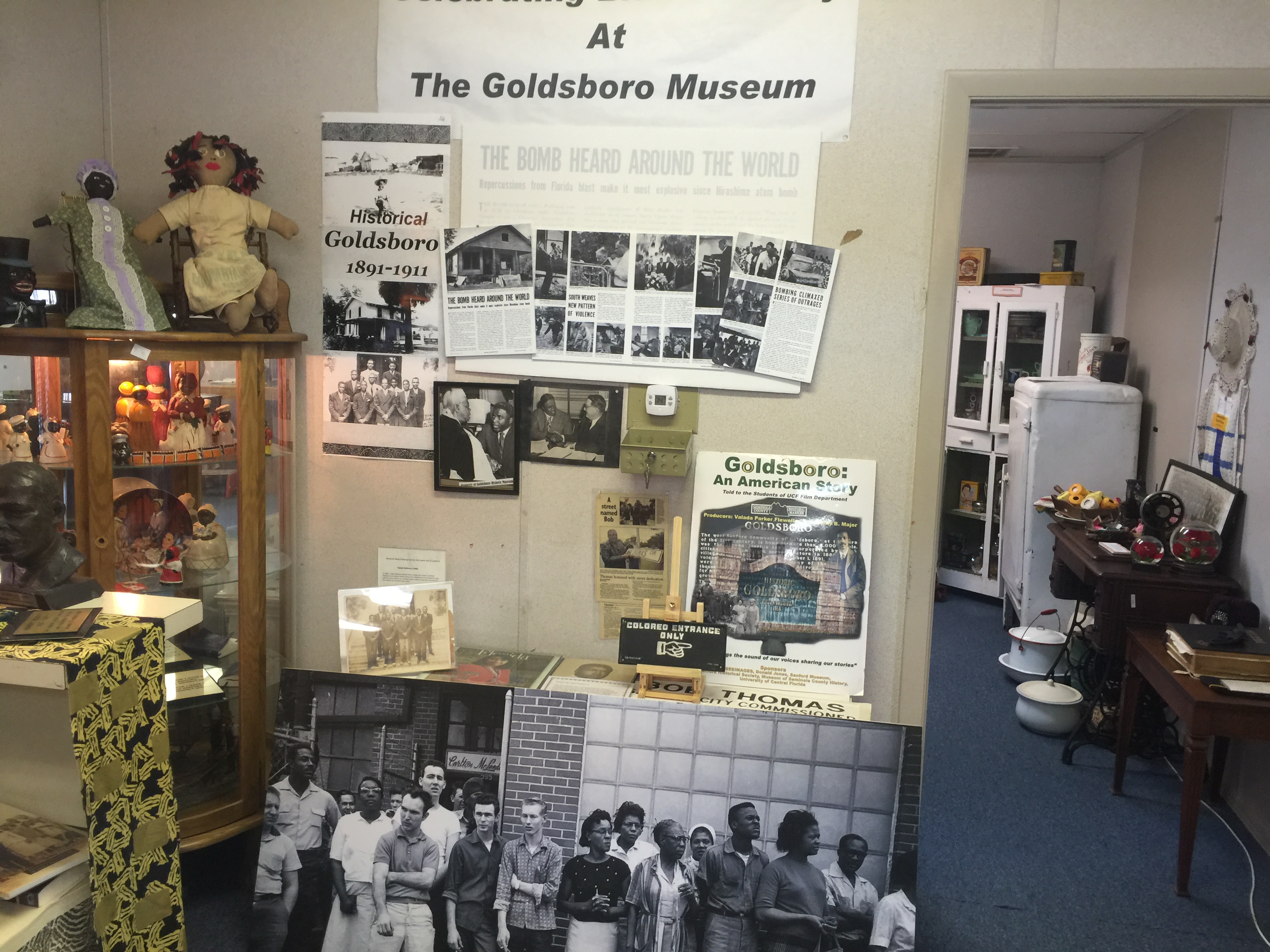 Picture of the water fountains that "Coloreds" and "Whites" used. 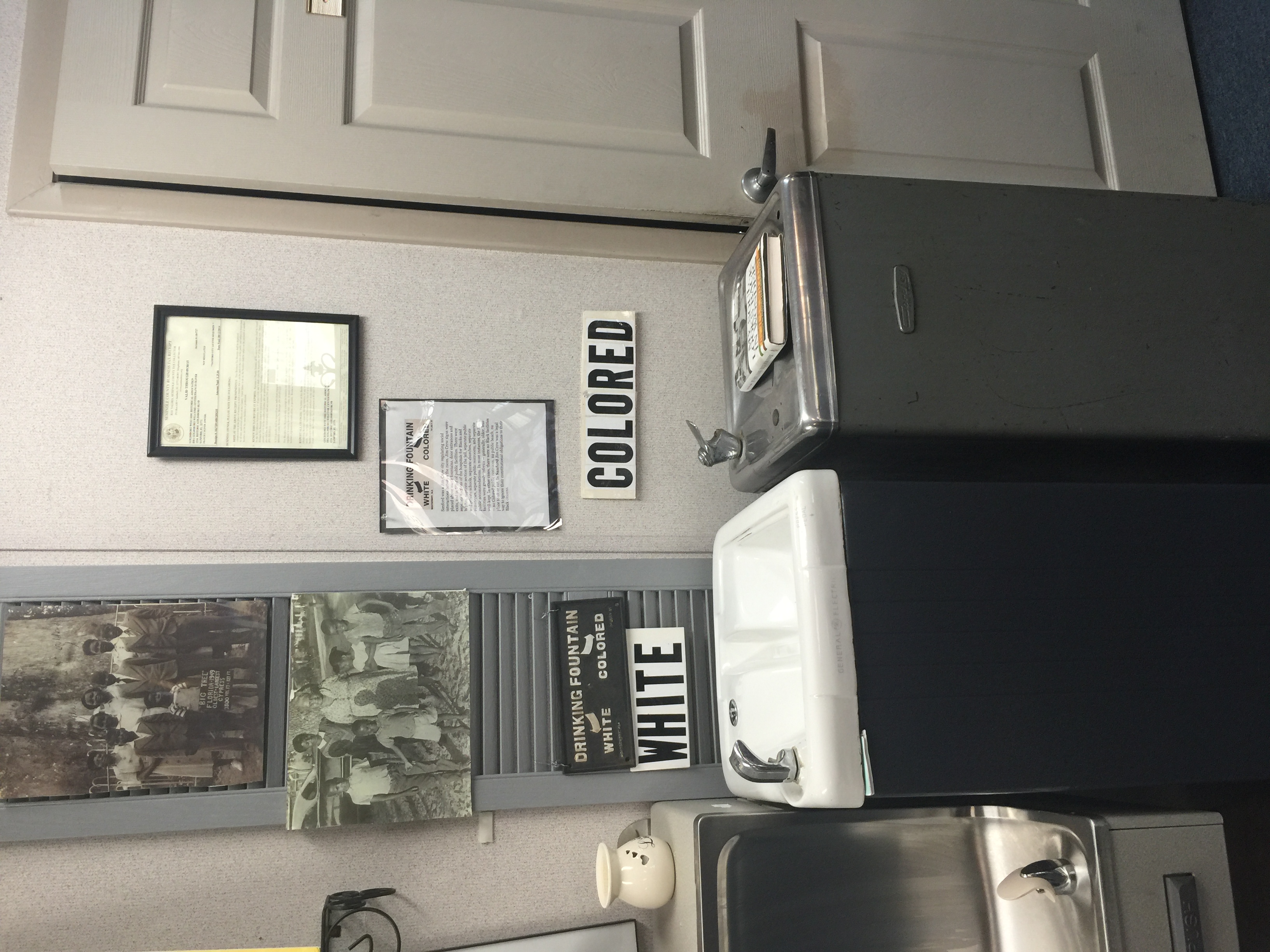 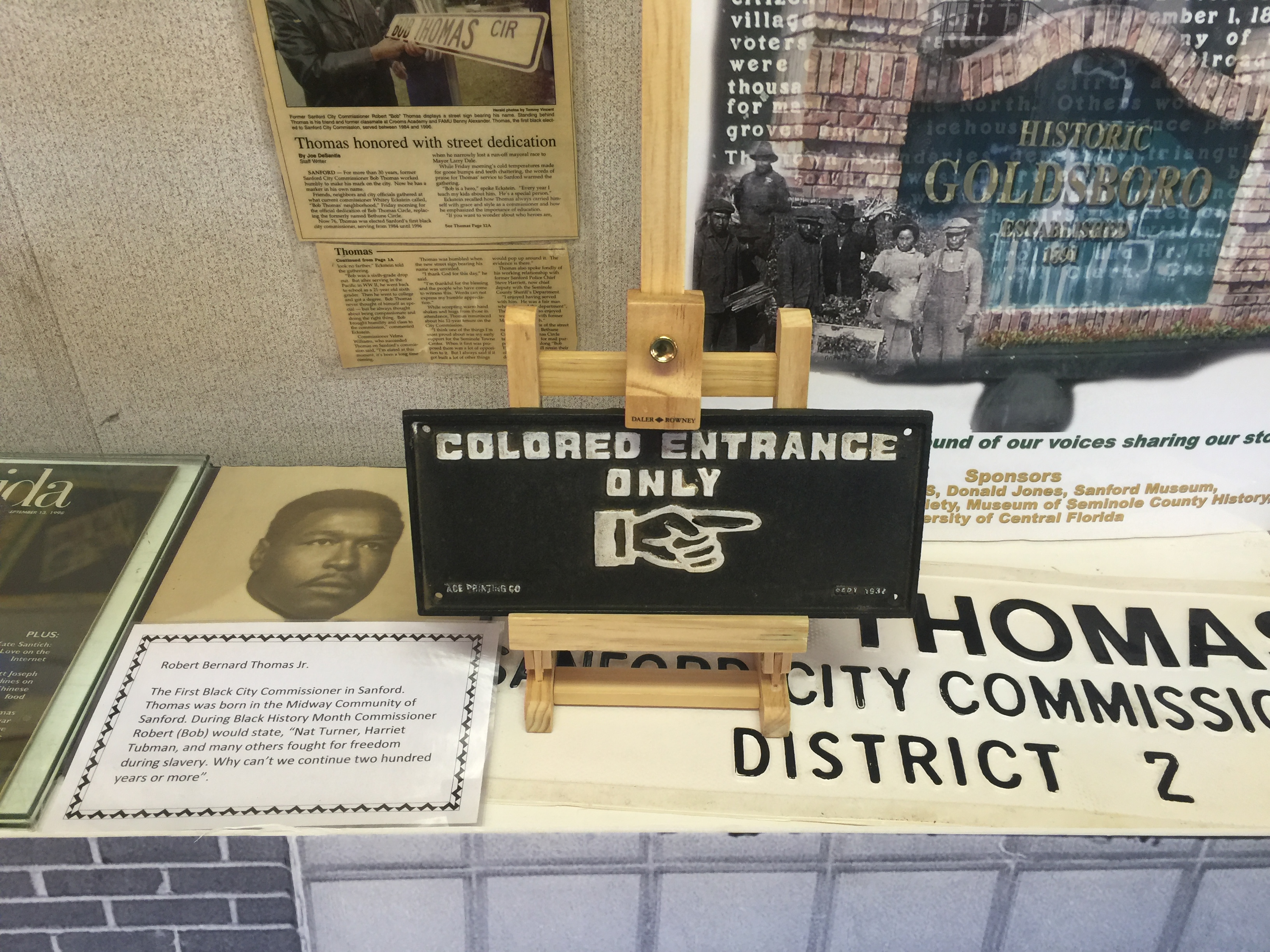 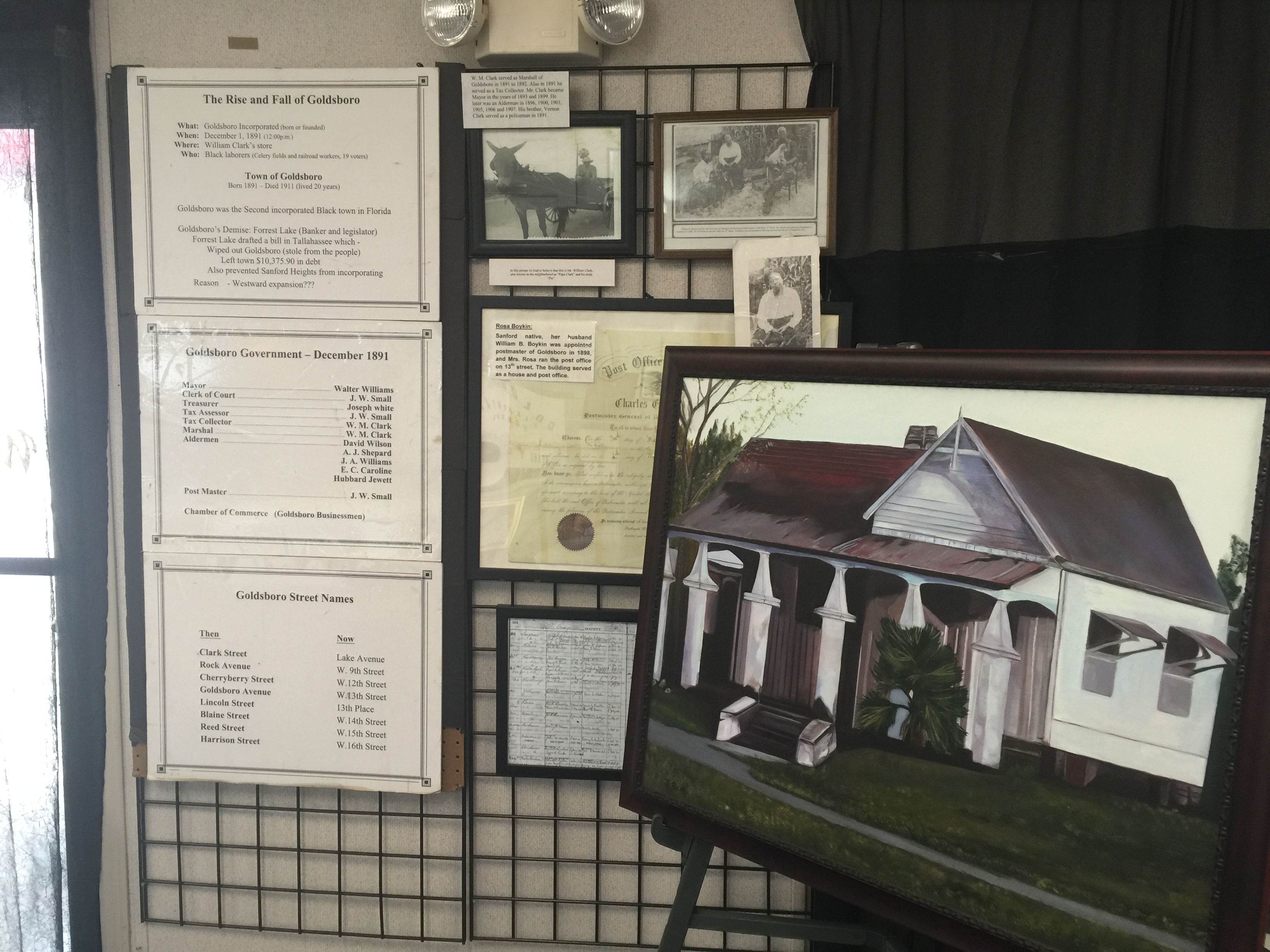 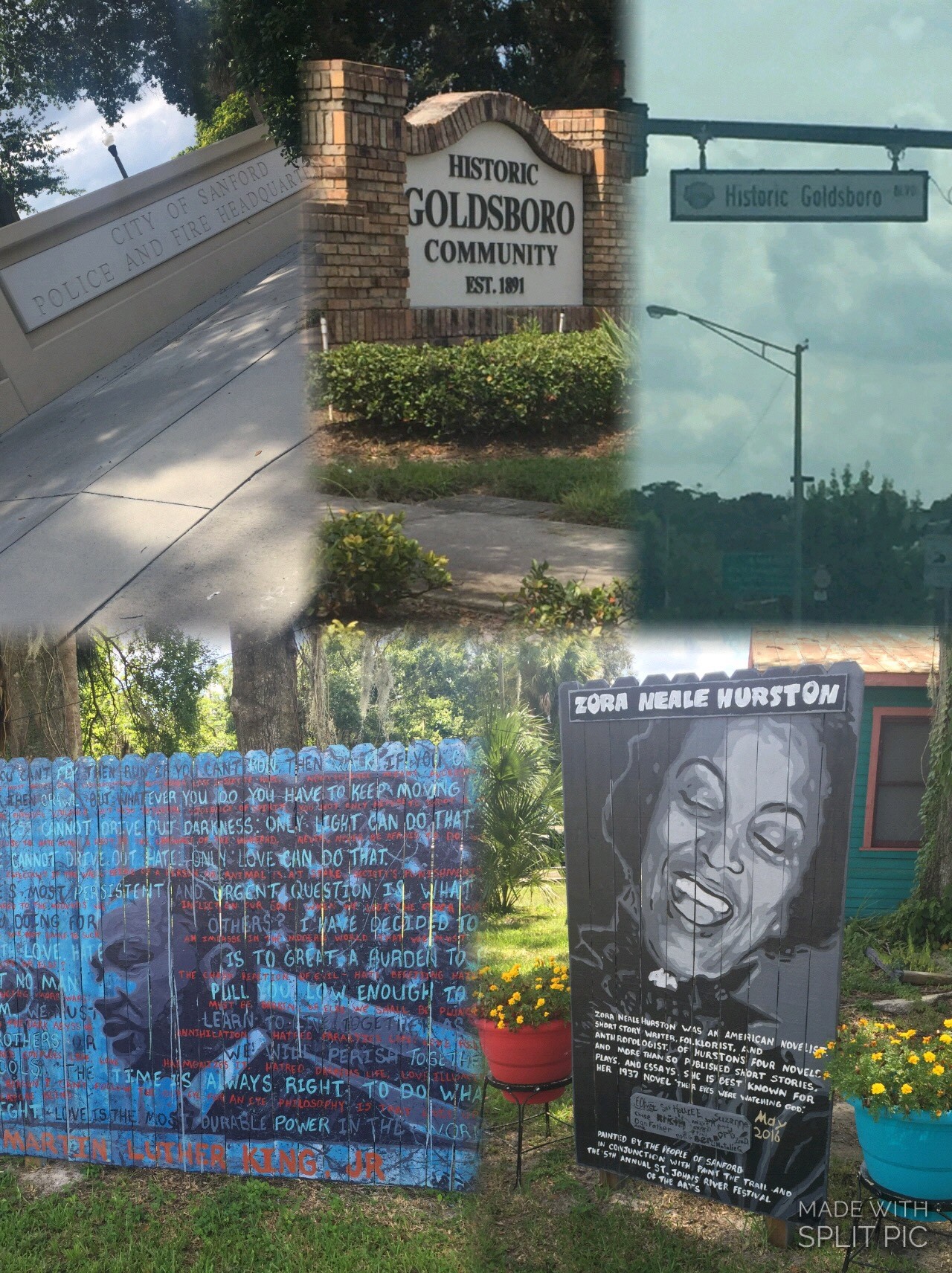 Henry Shelton Sanford, was a former union general and powerful member of the Republican party. He founded the town of Sanford, Florida was founded on Lake Monroe South Shore in 1870. Sanford established a plantation on Lake Monroe in central Florida to grow winter vegetables (Gannon). He planned a new city “The Gate City of South Florida” which he believed would become a transportation hub. Sanford was a prosperous town with wharves, a railroad station and a hotel. Although the railroad was succeeding and citrus was booming, Sanford was hit hard with a devastating fire, a freeze and a statewide epidemic, yellow fever. Sanford purchased 23 archers of land in the Sanford area and later sold the land to different people. In 1891, William Clark was one of the recipients of buying land and the land was Goldsboro.

The Freedmen's Bureau established Goldsboro during the Reconstruction Era for African Americans who worked at local railroad yards, farms produce houses (Goldsboro). Freedmen’s Bureau provided food, housing and medical aid, established schools and offered legal assistance (History). Goldsboro was founded in 1891 by William Clark, Frank Siplin, George Benton, George Cook, and John Gold. Goldsboro was named after the founder John Gold. This town was established with its own post office, bakeries, drug stores, city council, garbage and sewer collector Goldsboro the second most prosperous African American towns in the country at this time. Eatonville, Florida was the first successful African American town. Each of the five men owned a part of the town which was called estates. To name a few: Boykin Estates and Clark Estates. Present day the housing projects were torn down.

Just as these men worked hard to get their town up and established, then everything came crashing down due to a powerful banker and state lawmaker by the name Forrest Lake. The goal was trying to make Goldsboro become a part of Sanford. Goldsboro was beginning to lose its identity. Lake’s plan worked less than a month later, Goldsboro was now a part of Sanford. Lake was sent to prison for fraud and embezzlement. In 1897, six years after the founding of the town, the City of Sanford had the five men sign papers to sell the land and later would be reimbursed. Sources at the Historic Goldsboro museum say the men were never paid their money. This left families distraught. They felt cheated.

This local history project is significant because Goldsboro is a part of African American history as well as Florida History. Learning about history right outside of your door is very interesting. It really opens your eyes and show you that you have it 100 times better than your ancestors did. Historic Goldsboro Museum opened in October 2011, curator Francis Oliver. For instance, when touring the Historic Goldsboro Museum, I noticed a pistol on top of a Holy bible. The story that I was told at the museum was that, the pistol was used as protection from a group called the “Night Riders” which is similar to the KKK. The group would ride by the African American peoples’ houses to kill, intimidate, or scare them. The Bible was used to pray and submit to their Lord and Savior. So, if the blacks ever had to kill the intruders then God would know that they were just protecting their families.