The Goldenrod Historical Society & Museum showcases the city's history through photographs and artifacts collected by residents. Items include uniforms, clothing, toys, firefighting memorabilia, and household tools. The museum, which opened in 2001, doubles as the town's chamber of commerce.

The front of the museum which is the old firehouse and doubles as the Chamber of Commerce. 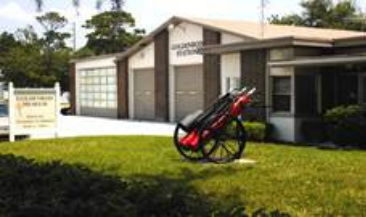 A photo of some artifacts exhibited in the museum including authentic saddles and farming equipment from early settlers. 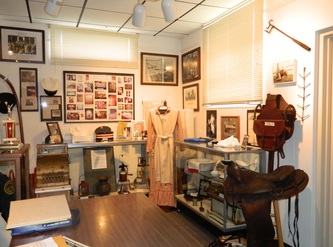 Photos of early settlers and farmers displayed in the museum. 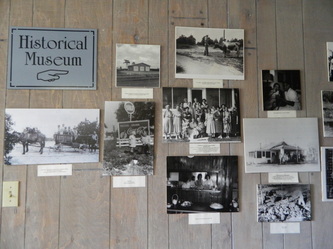 The Orlando-Winter Park Railroad, Dinky Line. The railroad opened in January of 1889. The course it ran was six miles and on its first trip two coaches had run off the track-hurting no one. By 1969 the railroad closed and the tracks were removed. 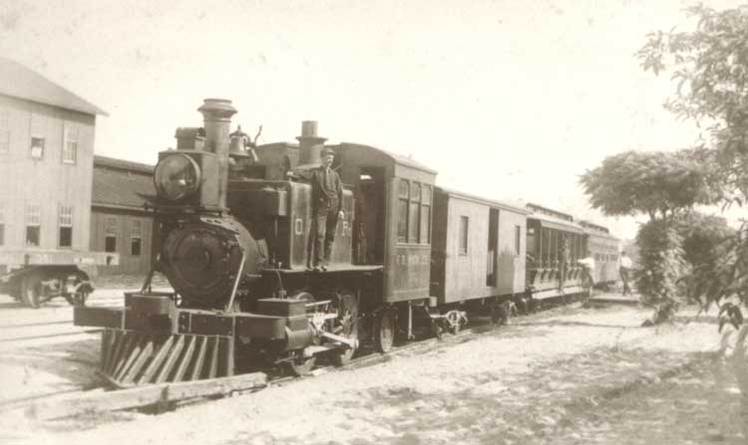 The flower the town is named after. 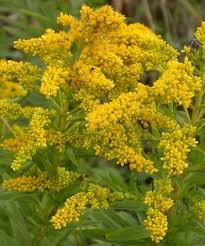 On October 17, 1984 the Goldenrod Historical Society was officially incorporated as a non-profit organization with the goal of preserving the history of Goldenrod. After ten years of planning and work, the society was able to open the museum in the former firehouse. On October 6, 2001 the museum celebrated its grand opening.

Goldenrod's first settlers were natives who were forced out during the Seminole Indian Wars. White settlers didn't begin inhabiting the area until the Homestead Act of 1862 was passed during the period following the Civil War. Land was initially granted to settlers under the State of Florida, Internal Improvement Fund. Living in the area was very difficult as it consisted of mostly wildlife and swamps. The goldenrod flower—for which the city is named—grew wildly over everything. Very few families managed to tough it out and those who did still have descendants who remain in the area.

The people who remained invested their time and energy into orange groves and the museum was made to honor the settlers whose names are still widely recognized in the community.

Suburbia came to Goldenrod in 1926 when the Goldenrod Corporation developed 158 lots with homes upon them and electricity and water came to the city with them-only seven of the original 158 homes still stand today.

During the Great Depression, times were very hard for residents but they learned to be self sufficient, providing for their families and themselves by hunting, fishing, and farming.

In 1936 the living situation improved, as electricity was extended to supply most homes and people started moving here to help with war (WWII) efforts. Returning soldiers of the war also helped boost the economy. In 1951, Goldenrod got its first post office and began to grow rapidly into the community it is today.

Tuesday and Friday from 10am to 1pm