At its peak in the early 1940s Independence Mine was Alaska's second largest gold mine, after the one in Juneau. Today the site is now a state park and was added to the National Register of Historic Places in 1974. It was closed in 1951 but its owners planned to reopen it eventually (this never happened), so as a result many of the structures and equipment remain in good condition. One of these buildings, the Mine Manager's House, is now the visitor center and museum. The museum features exhibits about the mine and mining in general, and the area's natural history.

Remnants of the mine Source: Wikimedia Commons https://commons.wikimedia.org/wiki/File:Tram_Remains_and_Work_Camp.JPG 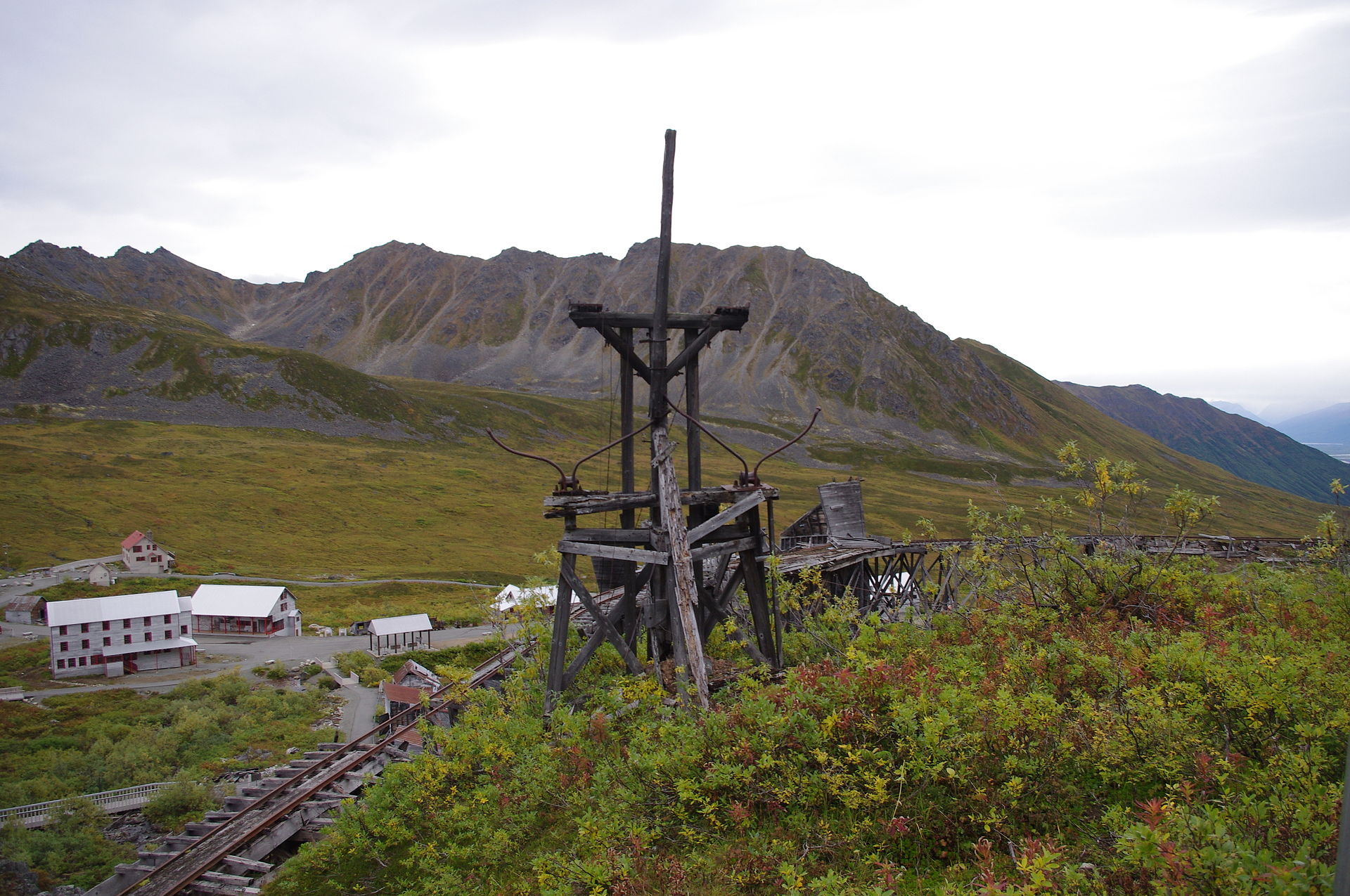 Gold was found in the area in 1897 (or perhaps earlier) and eventually two mining companies established mining operations. In 1938 these merged into the Alaska-Pacific Consolidated Mining Company. At peak of operations in 1941 the mine had 204 workers almost 12 miles of tunnels and produced $17 million worth of gold in today's numbers.

Gold mining stopped for WWII; gold mines around country were deemed nonessential. However, Independence Mine remained in operation because the rock contained sheelite, which is a source of tungsten, a strategic natural resource. This did not last and the mine was forced to close in 1943. The mine opened in 1946 but the government set a fixed price for gold and operations cost increased as well. Despite these factors, the owners intended to reopen the mine after it closed again in 1951 but this of course was never realized. The park was created in the late 1970s.