On May 1st, 1900, disaster struck the small community of Scofield when a mine exploded and killed over two hundred men. This small cemetery that was previously home to family burial plots soon became a field of many tombstones bearing the same date. The once obscure mining town in Utah, drew the attention of people around the world as the episode marked one of the deadliest mining disasters in history.

New Headstone Project for Day of Commemoration and Rededication 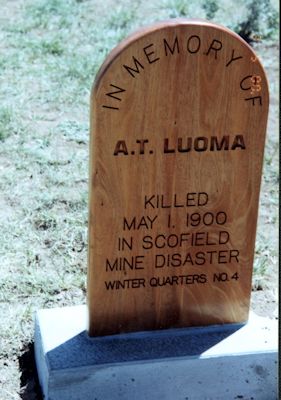 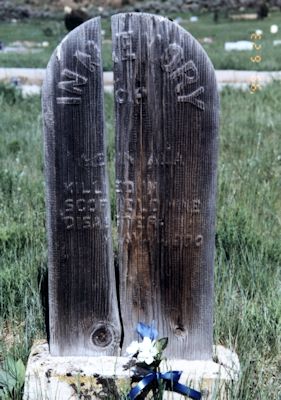 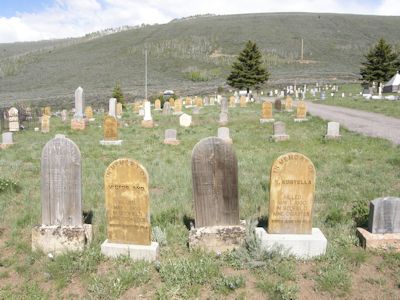 Initially settled as range land ideal for cattle ranching, the region’s settlers discovered its abundance of coal.  This attracted mining and rail companies, who took advantage of those resources.  The population rose with the increase in coal mining.  On March 8, 1892, the county clerk granted a Town Corporation and established an official government on March 15, 1893 [3].  The town of Scofield was born.

Scofield was home to one of Utah’s highest producing coal mines at the time.  But the Winter Quarters Mine was also one of the oldest mines in the state.  Coal mining was a dangerous profession, so it was necessary to have frequent inspections to ensure that everything was safe (according to the standards of the time).  Gomer Thomas, the State Coal Mine Inspector, made seven “official” visits to this mine throughout 1899.  He noted specific details of his findings of each visit throughout the year.  His final visit on March 8, 1900 found everything ventilated and in working order [2].

On May 1, 1900 at around 10:15 am, a massive explosion was heard and felt throughout the community.  Reports began to stream in that the Number Four Mine had exploded.  Citizens of the community were in disbelief.  This mine “was supposed to be the safest mine of all of the Company’s mines” [4].  John Wilson, who worked at the Winter Quarters Mine, had been standing by the opening of the mine when the initial explosion occurred.  He was subsequently thrown 820 feet by the sheer force of the blast [3].  It is not known whether he actually survived the incident.

The death tolls reported in the newspapers ranged from 150-250 and changed frequently as the list of the dead was updated [5,6].  According to news accounts, the initial blast was said to have instantly killed around 100 miners.  The rest died of injuries sustained in the blast or because of carbon monoxide asphyxiation from the explosion.  The final death toll was 200.  The people of Scofield mourned the loss of so many husbands, fathers and sons.

This tragedy shocked the country, and President McKinley sent a message conveying his grief to the people of Scofield.  French President Loubet also sent his condolences as a result of the terrible accident [1,7].  Funeral services for the miners were held in multiple locations around Utah.  The Scofield Cemetery became the final resting place for miners from all around the world.  While this accident comprises only part of the cemetery’s history, it is certainly what made Scofield, Utah a landmark.