Built in 1811, Fort James Jackson, more commonly referred to as Old Fort Jackson, is part of a system of nine fortifications along the Savannah River and was primarily used in the War of 1812 and the Civil War. The structure was built over the remnants of a Revolutionary era building called "Mud Fort" as a part of President Thomas Jefferson's Second System initiative to enhance coastal defense. President Jefferson chose to name the fort after a patriot from the Revolution and former Georgia governor James Jackson. In 1924, the fort was mainly used as a public park, but historic preservers helped the city of Savannah restore the fort to life in the 1970s.

An aerial shot of the fort gives visitors an idea of the magnitude of influence those who occupied it had on the city of Savannah. 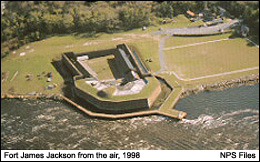 Saving Savannah: The City and the Civil War, Click the link below to learn more about this book from MacArthur fellow and Bancroft Prize–winning historian Jacqueline Jones 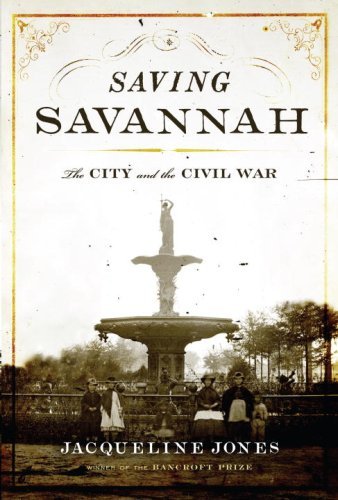 Fearing that relations between the United States and Great Britain were still worsening after the end of the American Revolution, President Thomas Jefferson requested that more fortification be installed along the east coast in preparation of any naval attacks by the British. Construction on the fort began in 1808 and concluded just before the beginning of the War of 1812. Soldiers stood guard ready to protect Savannah from British invaders, but never got to see combat during the conflict period though threats did loom of a nearing fleet off the coast. After the war had passed, periods of construction saw the expansion of the fort during the 1840s-50s. This military fort was used during the American Civil War as well.

In the early days of the Civil War, Confederate militias began their occupation of Fort Jackson before it became the headquarters of the Union army's defenses along the river after losing the Battle of Fort Pulaski. Citizens of Savannah would look to the fort for protection from the Union Navy, but were no match for General William T. Sherman as he completed his famous "March to the Sea." The "March to the Sea" was General Sherman's military campaign that started with his Union forces capturing the city of Atlanta and ending with them taking over the port of Savannah which also included freeing control of Fort Jackson. Rather than combat against Sherman's forces, General William Hardee retreated his forces out of the area, allowing Sherman and his soldiers to take full control of Savannah in December 1864. General Sherman's efforts and campaign helped cripple the Confederacy and began leading to their surrender.

The fort itself saw very limited use in the years following the Civil War with the last inhabitants being members of the African-American 55th Massachusetts forces. The War Department decomissioned the fort for military use in 1905 and left it abandoned until the City of Savannah took it upon themselves to keep it alive. They opened the fort as a public park to citizens in 1924. The fort was remodeled and restored to life in the 70s which helped it towards becoming a National Historical Landmark in 2000. Today, the CHS does its best to provide an imersive historical experience to the many visitors that come to the fort. President Jefferson had named the fort after former soldier, Governor, and Senator James Jackson when he created the military base and it was given the nickname "Old Fort Jackson."