The Old Naval Observatory is located on Navy Hill in the historic neighborhood of Foggy Bottom. The observatory contains the oldest refracting telescope in the country, a device that was installed in 1873 and is still operational. The observatory was the institutional home of the pioneering oceanographer and astronomer Matthew Fontaine Maury. The complex contained a photographic zenith tube that helped furthered mankind's understanding of time by marking the position of stars crossing the zenith and giving the world the conception of Greenwich Mean Time (Universal Time). The building was added to the List of National Historic Landmarks in Washington, D.C. in January, 1965, and was added to the U.S. National Register of Historic Places the following year.

Early image of the observatory, with the extension to the south for the second telescope (http://tycho.usno.navy.mil/) 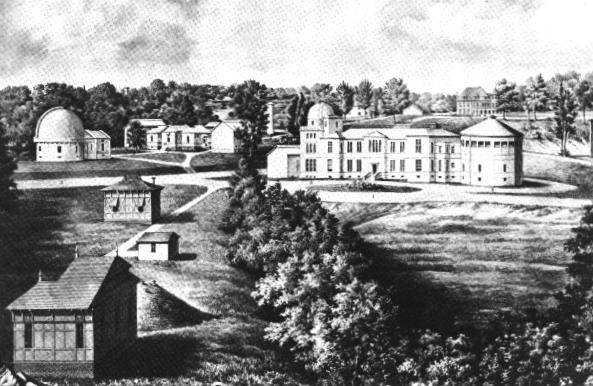 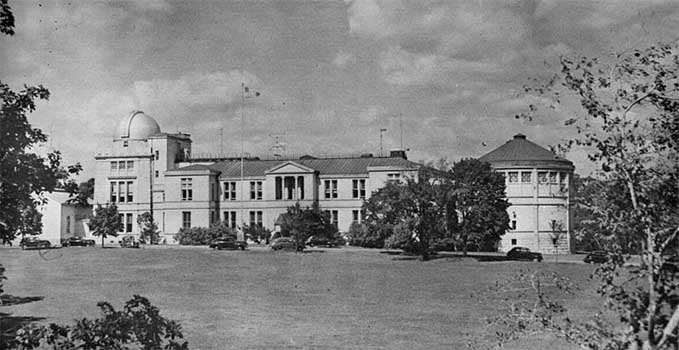 The image of the observatory in 1988 (www.nps.gov) 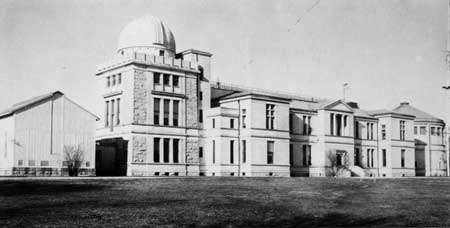 The U.S. Depot of Charts and Instruments was founded by the Secretary of the Navy in 1830. It was in charge of researching, inventing and improving a range of nautical instruments, methods, charts, and methodologies. In 1838 they began making use of regular astronomical observations, and required that a permanent observatory be built in Washington. In 1842, the federal government agreed to supply the Secretary of the Navy with up to $25,000 to build an observatory.

In 1843 the main building and its small, metal dome were constructed. It became highly regarded as a center of oceanography and navigational research in the following two decades. The observatory was managed by Superintendent Matthew Fontaine Maury—the so-called "Scientist of the Seas" owing to his work as a naval astronomer—who later served as a Confederate for Virginia during the Civil War. The metal dome once covered a tremendous 9.6-inch refractor telescope, and had a "time ball" attached atop it, which would drop every day at noon to allow the residents of the city and ships on the river to set their timepieces.

In 1847 the observatory began publishing its results in the journal Wind and Current Charts and Sailing Directions, which provided scientists around the world with a standardises system for recording oceanographic data. In 1854, the complex was renamed as the United States Naval Observatory and Hydrographical Office. Soon after, Superintendent Maury published the first textbook on modern oceanography: The Physical Geography of the Sea (1855).

In 1873 a round extension was built on the southern side of the main building. A 26-inch refracting telescope, designed by Alvan Clark and Sons, was installed inside. The telescope is still used at the Naval Observatory on Massachusetts Avenue, where it was brought in 1893. By 1893, the building had extensions built to the west and east. However, the mud flats upon which the observatory was built were far too swampy. Furthermore, the nearby Potomac River frequently caused heavy fog to gather around the complex, rendering the telescope useless.  In 1893 the Naval Observatory decided to relocate to the higher land of northwest Washington, a plot on Massachusetts Avenue. By 1906, the area surrounding the observatory was being increasingly used for office buildings and flats.

The Observatory consists of a main two-story building, upon which the observatory dome is located, and three branching wings. It has been refurbished a number of times in the last century, and although it remains largely intact and authentic—complete with an elaborate cornice design and Doric pilaster ornamentation—all of the original astronomic equipment is gone. The complex is currently owned by the U.S. Naval Bureau of Medicine and Surgery, and has been subject to a program of restorations that have taken place in Navy Hill since 2014.