This 50-acre property features the Harry P. Leu Gardens, named after the last owner of the historic home located on the property. The gardens feature numerous tropical and non-tropical trees, flowers, vines, and flowering trees. These include bamboo, roses, camellias, cycads, oaks, and elms. The gardens, which is open year-round except on Christmas Day, also offers various classes, workshops and summer camps for those interested in learning about botany. The house and most of the property are listed as a district on the National Register of Historic Places.

The Mizell-Leu House was first built in 1888 and was expanded significantly over the coming decades by subsequent owners. The building in the street view is the Welcome Center. 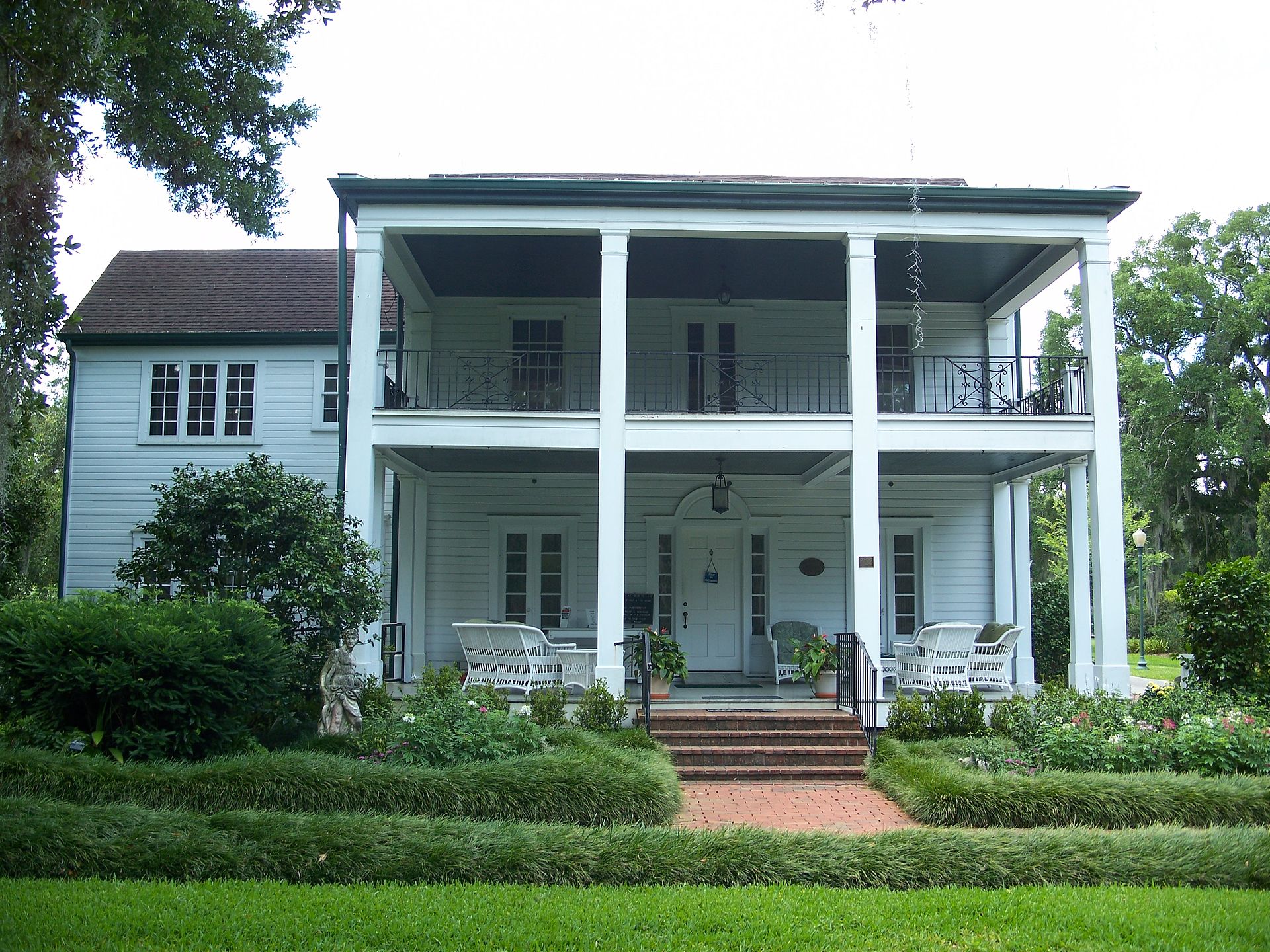 Harry P. Leu Gardens are situated on 50 acres of landscaped grounds that include lakes and trails. The gardens feature numerous tropical and non-tropical trees, flowers, vines, and flowering trees and visitors can enjoy tours well as workshops and summer camps for those interested in learning about botany. The house and most of the property are listed as a district on the National Register of Historic Places. Given the climate of Florida, the gardens are semi-tropical and contain palms, cycads, flowering trees, and numerous other plants, flowers, and trees. The site is named after the last owner of the mansion in the park, Harry P. Leu. The mansion was built in 1888.

John T. Mizell originally built the house in 1888. At the time, it was a simple farmhouse. Businessman Duncan C. Pell purchased the home in 1901 or 1902 and lived there with his wife Helen Gardner, who was a silent movie star, as well as a film writer and director. Another businessman, Joseph Woodward, bought the house in 1906. His widow died in 1928 and the house was sold once again and had several tenants until Harry P. Leu bought it in 1936. Each owner constructed additions and made modifications to the house. The two outbuildings were constructed around 1910. Leu, who also added a garden and what would become the foundation for the gardens today, donated the property to the City of Orlando in 1961.

During their lifetime, Mrs. and Mr. Leu traveled the world and collected plants. Notably, one of the plants that the Leus collected most was the camellia. Over the course of their lives, they collected over 240 varieties of camellias for their garden. Included on the grounds are an arid garden displaying plants able to survive droughts and typically found in deserts and seasonally dry climates, an azalea collection that includes 50 different types of azaleas, a butterfly garden filled with plants that attract butterflies and moths, and much more. The gardens themselves are incredibly diverse due to the unique opportunity for growing a wide variety of plants offered by the area’s climate. The unique climate zone in which the gardens are located supports tropical and temperate plants.

Two families, a businessman, and Harry and Mary Leu, lived on the property, beginning with the Mizell family in 1885. The father, John Mizell, built the farmhouse that would evolve to what it is today. In 1902 a Mr. Duncan Pell bought the majority of the current property. The next owner, Joseph Woodward, made many improvements to the home. In 1936, Harry Leu purchased the property.
Mr. Leu was a native Floridian and a successful businessman. He and his wife were both avid gardeners and bought the property create their own gardens. They traveled all over the world to collected plants, trees, and flowers. Eventually, they began allowing the public to view their gardens. In 1961, they donated the home and gardens to the city, while insisting that it be a non-profit business. They also made it very clear they did not want any changes made the house, and as such it is well preserved today.