Established in 1865 by the Freedmens' Bureau, the first African American school in Charles Town was located in the Achilles Dixon home. The school located in the Dixon home was named the Liberty Street School, and employed a local Storer College graduate to teach the students. In 1867, Jefferson County began its own system of Black education, and by 1874 constructed a brick school house on Harewood Road, now Martin Luther King Jr. Ave. The students were moved from the Achilles Dixon home to the newly constructed Page-Jackson High School.

Plaque commemorating the first school at the Dixon Home. Courtesy of the JCBHPS 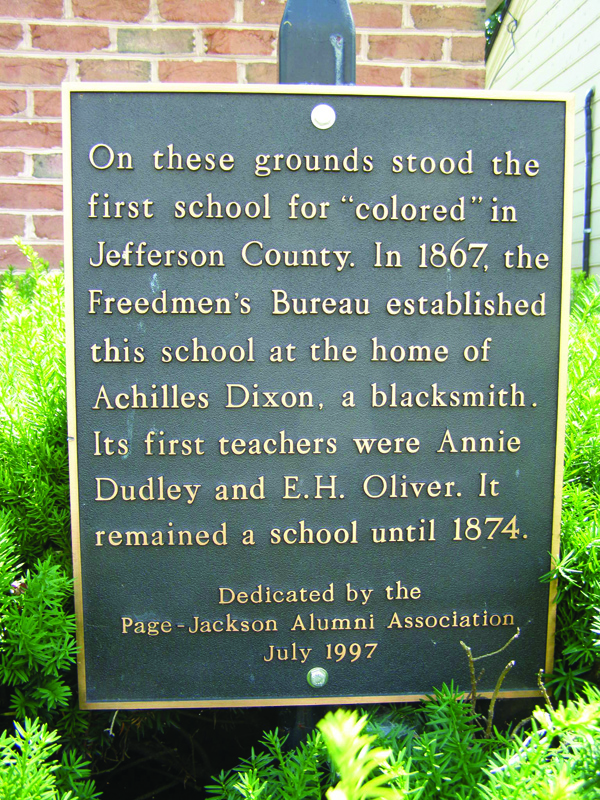 Undated Black and white photo of the Achilles Dixon School. Courtesy of the JCBHPS 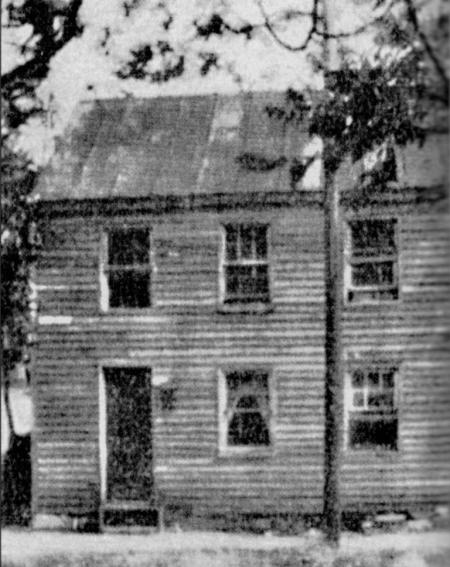 late 1800s photo of Philip Jackson (one of the namesakes of Page-Jackson HS) with his students at the Harewood school after leaving its original location in the Dixon home.

The Harewood brick school as it stands today on MLK Jr. Ave.

Achilles Dixon was one of 540 free Blacks in Jefferson County in 1850. He and his wife, Ellen Dixon, owned a house and a Blacksmith shop on the corner of Samuel and Liberty Streets in Charles Town. In 1865, the Freedmen's Bureau, working with the American Missionary Association, established schools in Jefferson County for the newly freed slaves. The first Black school in Charles Town was at the residence of Achilles Dixon, located on the corner of Liberty and Samuel Streets. Enis Wilson, a student from Storer College, became the first Black teacher at the Liberty Street School. Other teachers at the Liberty Street School included Annie Dudley and E. H. Oliver. The home served as a school until the county began its own system for providing public education for Black students and built a brick schoolhouse on Harewood Avenue (now Martin Luther King Jr. Avenue) sometime between 1867 and 1874.